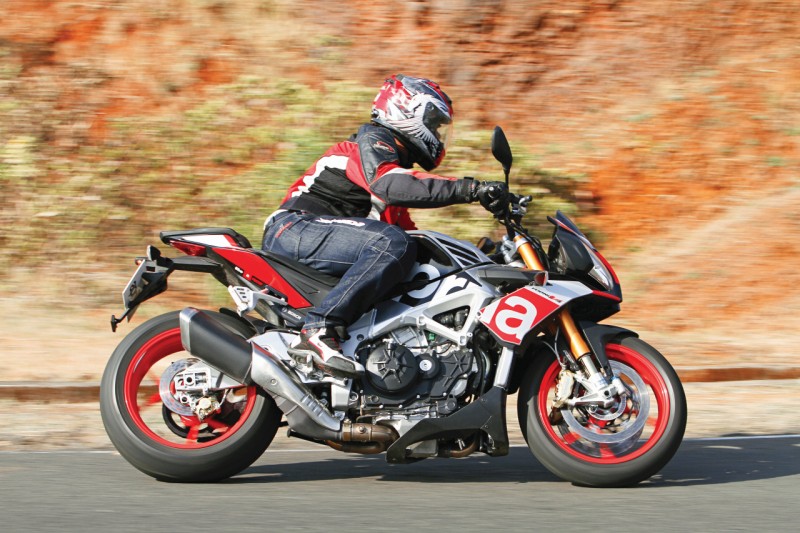 By raising the bore of their V4 naked muscle-bike, the Tuono, Aprilia have raised the game as well, making it even more potent and aggressive. We take a ride on the wild side.

Italians. They just do things so right. And when it’s a naked model in question, everything is jaw-droppingly gorgeous. Every line, every curve is in perfect place to make for one utterly desirable form that by no means gets priority over function. They both work together, hand in hand, to deliver an experience that matches those looks.

Their latest naked street-fighter is a larger-hearted, more powerful and even wilder Tuono V4 1100. The Tuono story began 14 years ago when Aprilia stripped their dressed-up flagship and added a handlebar. There was still the amazing chassis and it could handle road and track with aplomb, and be fun in either application. That’s important, isn’t it? 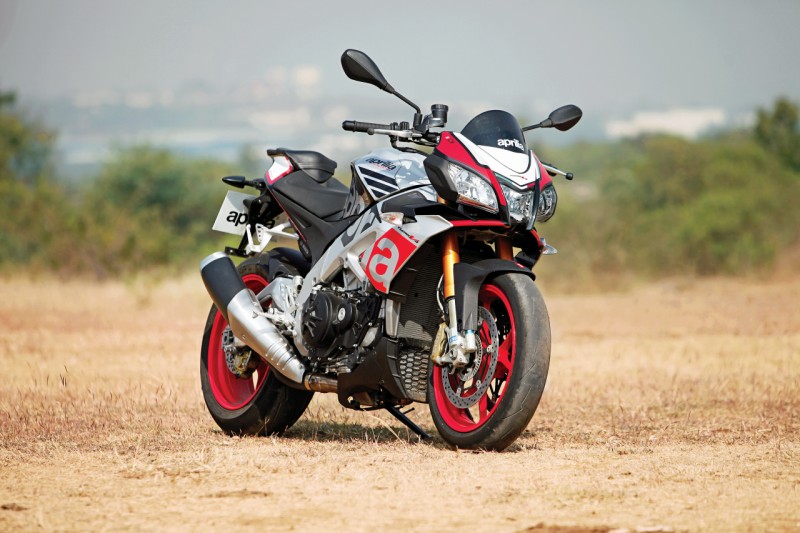 Styling is simple. Take the RSV4 factory superbike and strip the fairing. Well, almost. It still has the three-eyed headlamp cluster and the air intakes staring you in the face. The exposed bit reveals the gem of a barking mad V4 engine and bits of the cooling system. Most of the four-into-two-into-one exhaust plumbing is also visible and it culminates into a shapely and rather vocal Euro 3-compliant end-can. The red wheel rims wrapped in Pirelli Diablo Corsa rubber (200-sec at the rear), golden Öhlins front fork and exposed welds on the aluminium beam frame with ‘aprilia’ racing livery round off the stand-out elements. 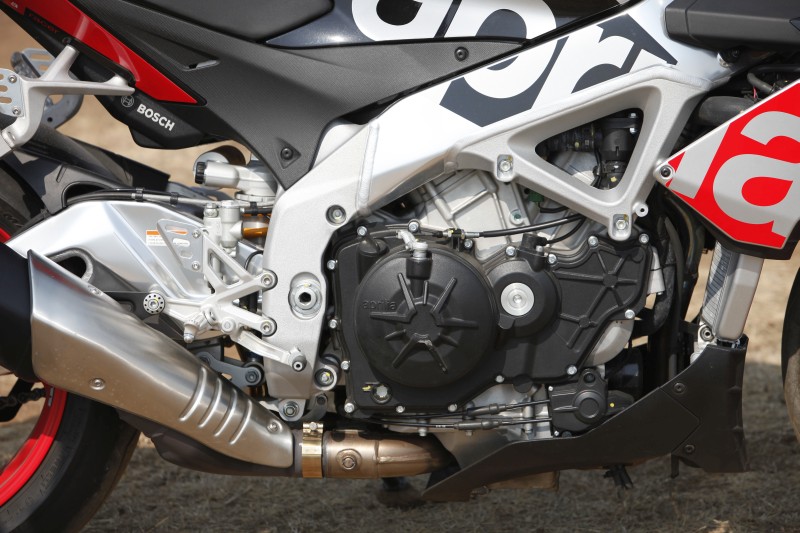 Fighting the early morning slumber-pangs, I was handed the keys, having to keep my eyes open and focused on what Aprilia man had to tell me about the eight-level traction control, three-level ABS, and launch control — I listened intently, eyes and ears wide open now. This bike was wired! I was also ‘informed’ that the Tuono 1100 was best-suited to riders moving up from a 600 or an 800. Right, then, my 390 experience should come in somewhat handy.