The Bajaj Pulsar P150 is the latest motorcycle that has been positioned between the 150 and the N160. We spent a day with the motorcycle to bring you our first impression.

The Pulsar range was introduced in 2001 with the launch of the 150 and the 180. Since then, there have been various iterations of the models and the Pulsar brand has gained immense popularity. Fast forward to 2022 and with the launch of the new Bajaj Pulsar P150, Bajaj currently has 10 models on sale ranging from 125-cc to their flagship 250-cc offerings. So let us check out the changes in this model when compared to the previous generation Pulsar 150 and find out who this motorcycle will appeal to.

In terms of design, we see a silhouette of the N160, although this one looks more like a blend between a sporty naked streetfighter and a commuter. The bike gets an LED projector headlight and taillight, a well-sculpted, 14-litre tank, and an underbelly exhaust unit. The instrument cluster has a simple layout and gets a gear position indicator as well as a distance-to-empty indicator. Right behind the console on the tank is a USB charger for added convenience. There are two variants on offer that have some distinguishing elements. We received the top-end variant sporting the bright Caribbean Blue paint scheme for this review. The top-end, twin-disc variant gets a split-seat setup for a sportier stance compared to the single-seat unit on the single-disc variant. It also makes use of a clip-on handlebar instead of the flat handlebar on the single-disc variant, and both the variants also use different tyre configurations on the 17-inch alloys: the one we were riding made use of MRF rubber (a 90/90 at the front and a 110/80 at the rear), while the single-disc variant makes use of CEAT tyres (80/100 front and a 100/90 section rear).

As you get astride the motorcycle, the ergonomics are on the sportier side with the footpegs slightly towards the rear, a rider having to bend very slightly forward to reach the clip-on handlebar, and knees well positioned into the sculpted tank. With the other variant, there is a minor ergonomic difference because of the different handlebar used. The seat height is 790 mm which easily accommodates short riders and the 165-mm ground clearance is more than adequate to get through our city conditions. Overall, this is a nice riding posture for daily commuting. When compared to the previous-generation model, one of the main highlights is that this one has lost a substantial amount of weight (approximately 10 kg) which has made it a much lighter motorcycle to maneuver. Apart from the sleeker bodywork, Bajaj says that 2.5 kg has been saved with the new stiffer chassis, 4 kg has been shed with the new engine and both wheels are 0.8 kg lighter when compared to the older-generation model. 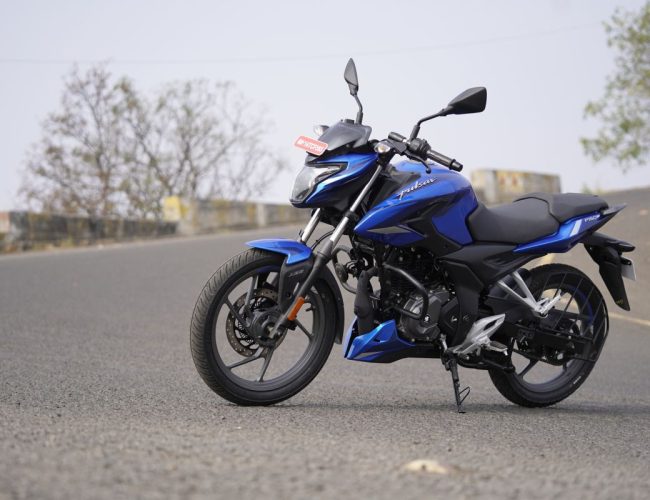 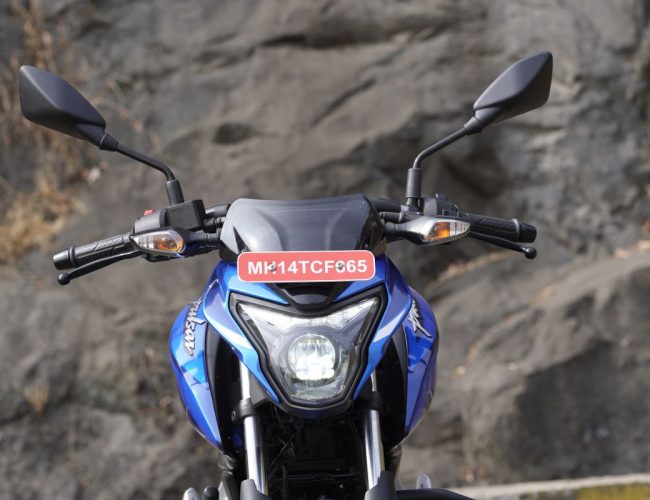 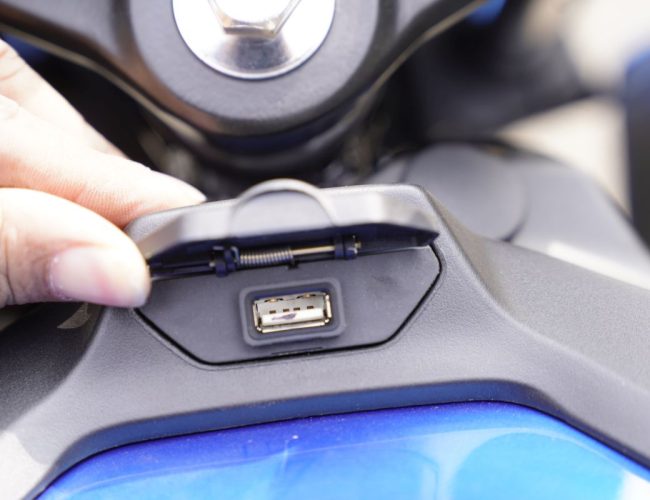 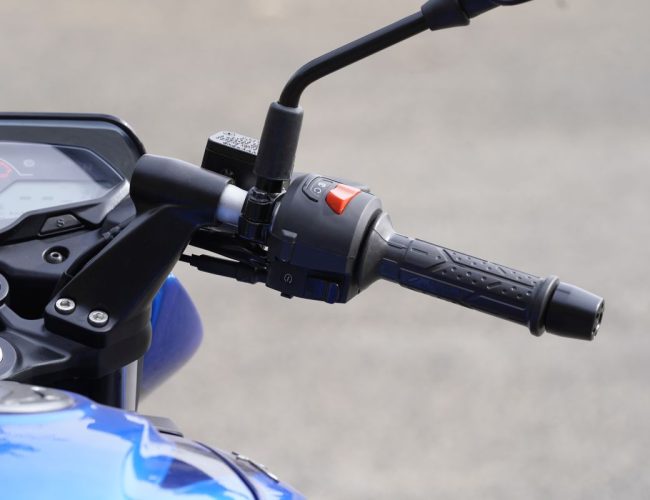 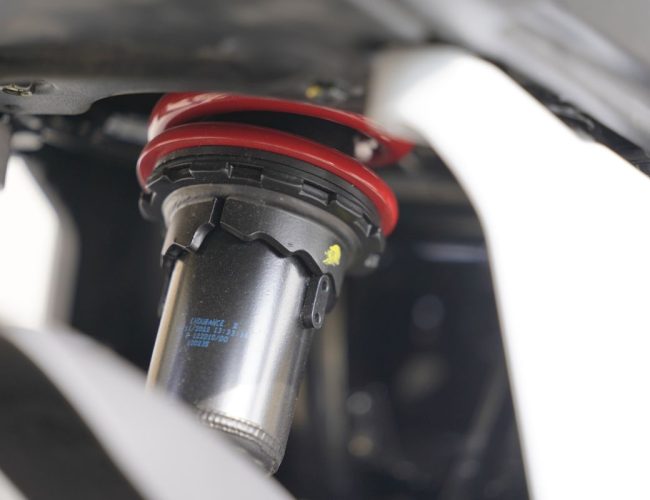 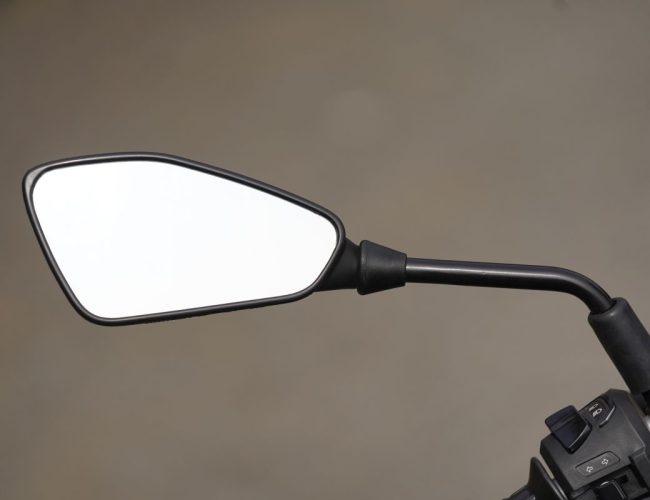 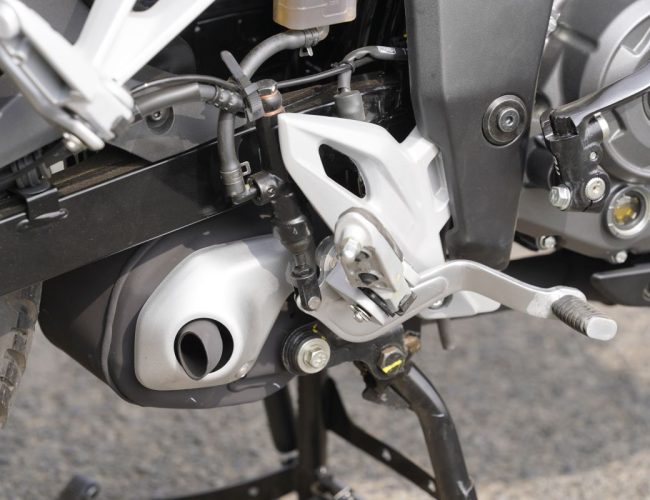 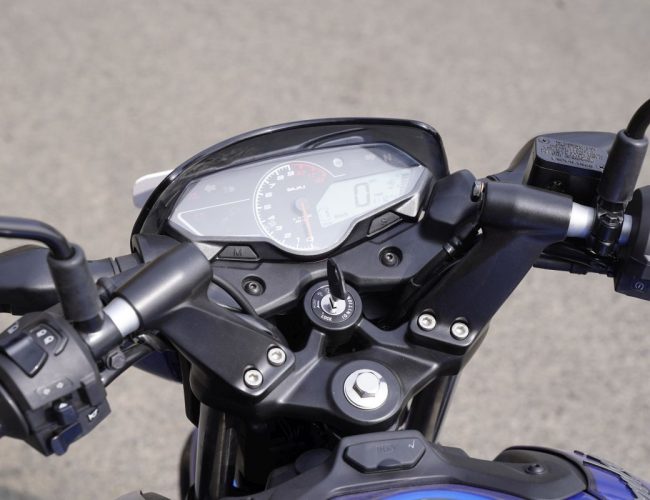 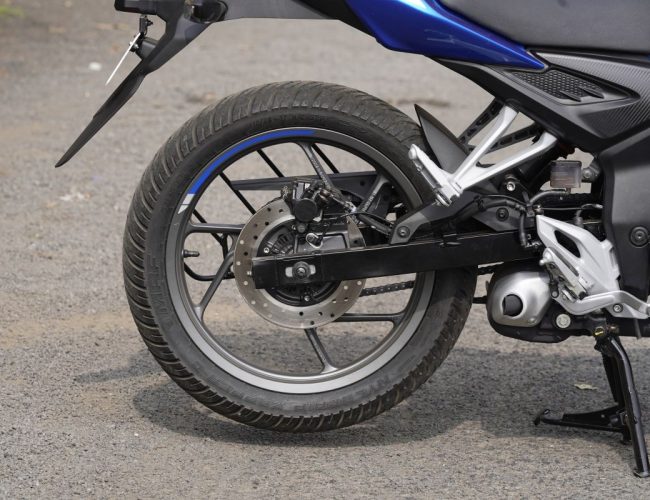 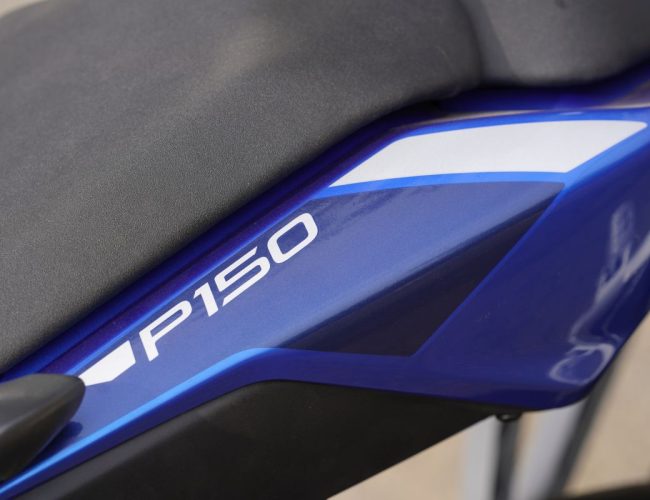 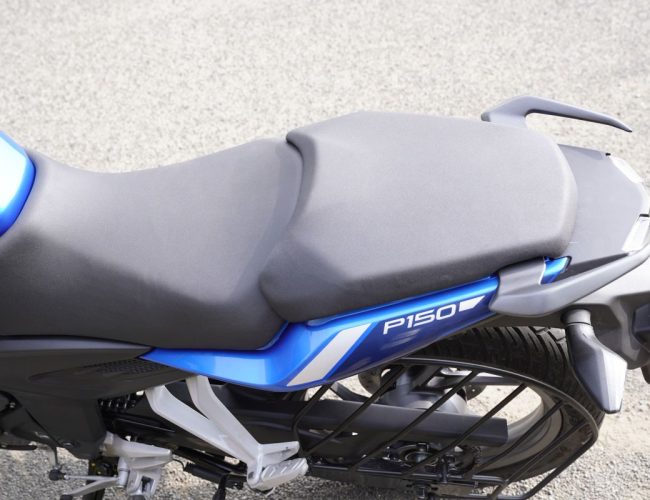 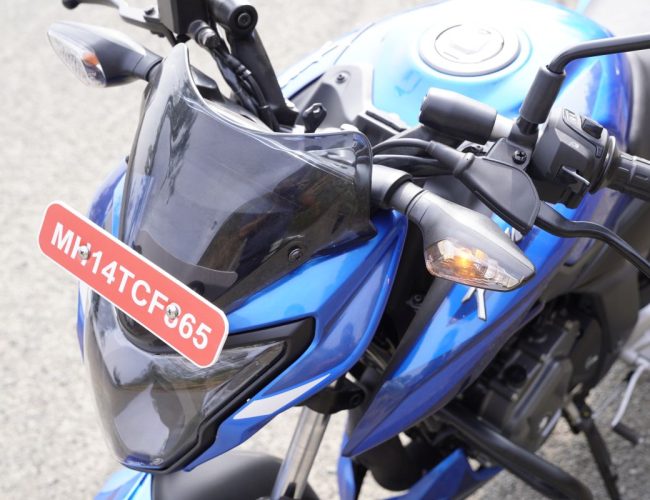 The motor in the P150 has been derived from the engine in the N160. In this application, it is a 149.68 cc, air-cooled, single-cylinder motor that dishes out 14.5 hp at 8,500 rpm and a peak torque of 13.5 Nm at 6,000 rpm. This is also the very first Pulsar motorcycle to use a single spark plug. As you fire up the bike to get going, there is a nice grunt from the underbelly exhaust unit. The motor feels refined with a strong mid-range and doesn’t mind being revved to the higher rpm range. Bajaj says that the motor has been tuned to deliver 90 percent of the torque from as low as 3,500 rpm. This translates to being able to make quick overtakes when necessary and overall, makes is a very convenient and practical machine to ride around town. The motor is also extremely tractable and while testing it out I was easily able to cruise at around 40 km/h in fifth gear. Bajaj claims a fuel efficiency figure of 49 km/l which they say is 4 km/l more than the previous-generation model. There were hardly any vibrations felt even while riding hard and enhancing the overall riding experience was the slick five-speed gearbox paired with a light and easy-to-use clutch.

Braking equipment on this variant includes a 260 mm disc at the front with single-channel ABS and a 230 mm disc at the rear. This setup was more than adequate to get the bike to a halt with good bite and feedback from the front brake. Suspension duties are handled by a 31-mm telescopic front fork and a monoshock at the rear, where the travel at the front has remained the same at 135 mm and the rear has been increased to around 130 mm. This setup is on the slightly softer side. Personally, this setup was one of the main highlights and something that I really appreciated because of how well it managed to soak in bad sections of roads. The ride quality remained plush throughout our time spent with the motorcycle so we can confirm that this setup will play an important role while wading through rough terrain. With the reduced weight and slimmer tyres, the motorcycle is extremely nimble and can be quickly flicked from one side to another while feeling planted. I quite enjoyed slicing through a set of twisty roads as the MRF tyres provided me with ample grip.

The single-disc variant of the motorcycle is priced at Rs 1,16,755, and the top variant that we were riding is priced at Rs 1,19,755. With this pricing, the single-channel ABS variant of the N160 is priced at around Rs 3,300 less than the N160. I feel that the younger crowd would pick the N160 or the NS 160 on account of its sportier streetfighter stance and close pricing, while this model should be well received by the general public that frequently relies on motorcycle commuting. With this refined engine, nimble nature thanks to the reduced weight, and plush ride quality, the Pulsar P150 proved to be a friendly companion for the everyday grind. It is a worthy upgrade for a model that Indian motorcycle enthusiasts on a budget are very passionate about. We shall soon test it more extensively to bring you updates on the same.