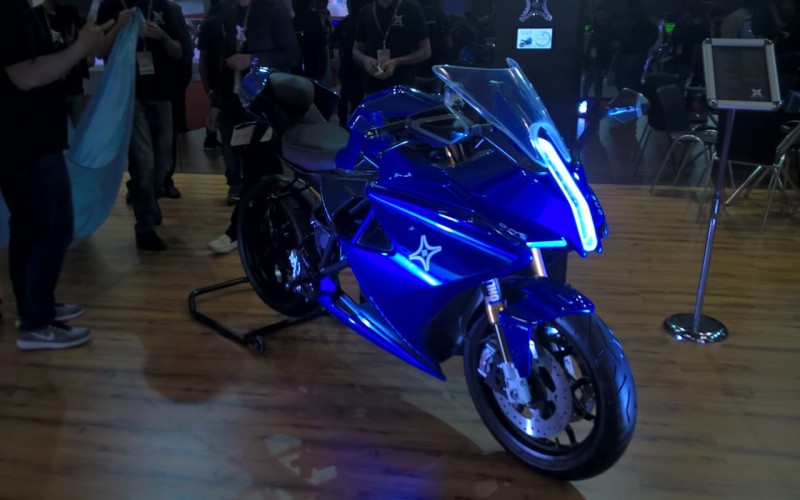 Emflux have given India its first electric superbike, the One, in three variants, priced between Rs 6 lakh to 11 lakh (ex-showroom) at the 2018 Auto Expo – the Motor Show.

With an inevitable electric future approaching, it’s only logical that companies explore the potential of the available means of propulsion. A battery pack, control electronics and components, and a powerful electric motor can do more than just be clean. They could be fun if the vehicle in question is something like this.

The Emflux One is an electric supersport. A full fairing, chiselled bodywork, alloy wheels, Pirelli Diablo Rosso II (120/70 ZR17 front and 180/55 ZR17 rear) tyres, 43-mm front fork, gas-damped rear monoshock, and twin 300-mm front disc brakes and 220-mm rear disc brake with dual-channel ABS, are only some of the kit on offer. The top variant also gets upgraded to Öhlins suspension, forged alloys wheels, and carbon-fibre panels. Why is all of this needed? Because the One packs performance to necessitate every bit of kit on offer.

A 9.7-kWh liquid-cooled battery pack powers an AC induction motor that can deliver up to 60 kW (81.5 PS) and 84 Nm of peak torque. The controller limits the output to 53-kW (71 PS) and 75 Nm. A direct drive system transfers the output via chain to the rear wheel. Weighing in at just 169 kg, those numbers are enough for the Emflux One to achieve 0-100 km/h in 3.0 seconds and a top speed of 200 km/h. Maximum range is 200 km, with a claimed highway range of 150 km at a constant 80 km/h. Charging takes as little as 36 minutes for 80 per cent charge using the WARP charger, or up to three hours using a 15-Amp wall charger. the battery pack and charger are IP67 rated. Both the motorcycle and battery come with a 1,00,000-km/5-year warranty.

The electronics are no small feat either. Powered by an nVIDIA Kepler GPU plus an ARM Cortex A15 CPU, the 6.8-inch smart display touchscreen incorporates navigation, Bluetooth, plus CAN bus connectivity from all responsible controllers. The operating system software is Emflux Learning OS v1.0 which will feature over-the-air updates.

All said and done, we have to say it looks like a commendable effort from Emflux. Get an insight into what went into the bike in our interview here.  The One promises spectacular performance and practicality and we will need to get astride one and put it through its paces. Watch this space. 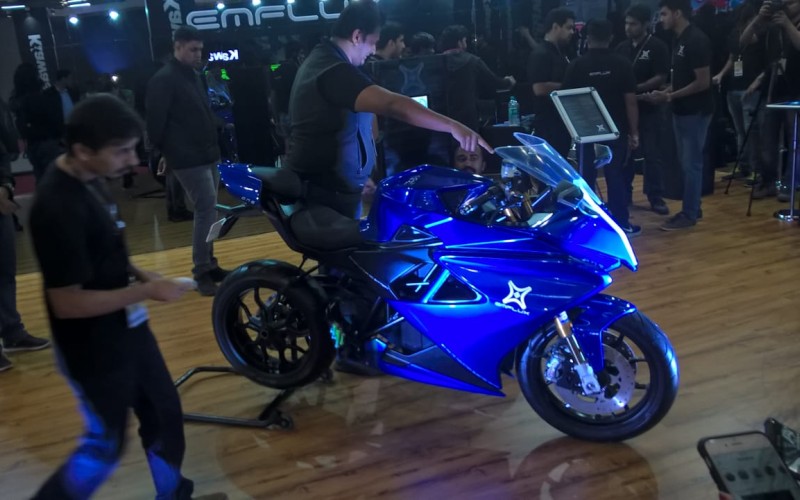