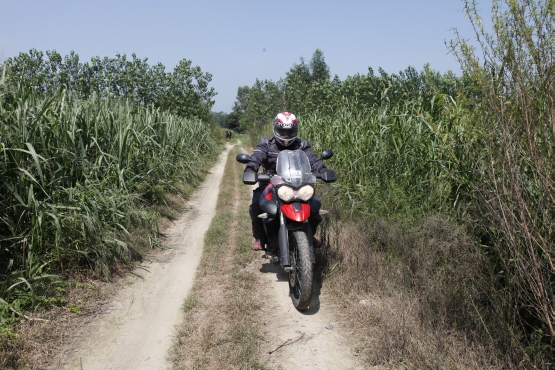 Punjab is a place one can explore freely. The lush green fields with hundreds of tall trees of all kinds lining the highways make for a relaxing, picturesque yet quick ride. For those who have hunger pangs along the way, there is no reason to fret. There are several places every kilometre or so which serve quality hot, authentic Punjabi delicacies in extra-large portions, dripping with butter. The flavours are there for all taste-buds, and though there is a lot of vegetarian food, there are many places which will serve meat as well. Whichever way you go, you will usually end up washing it all down with a tall glass of thick lassi. 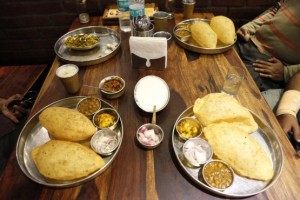 For those who shy away from the numerous dhabas along the highway, there is a solution: the Heritage Haveli restaurants. Occupying quite a large area, the Heritage Haveli chain also has a number of shops and utilities other than its vegetarian restaurant. The architecture is a mix of tradition and modern construction. The heat also means it has a number of fans as you enter, paired with a pipe which sprays cold water into the air-stream for that added cool factor.

There are a few stretches of bad roads and the sudden changes in terrain are not what you want to see after a day of riding. However, once you get past Roopnagar, they open out into some nicely paved strips of tarmac. A magnificent Gurudwara made us stop in our tracks for some quick shots of the beautiful white structure with a huge welcoming gateway constructed just off the side of the highway. A quick tour, and we were back on track. 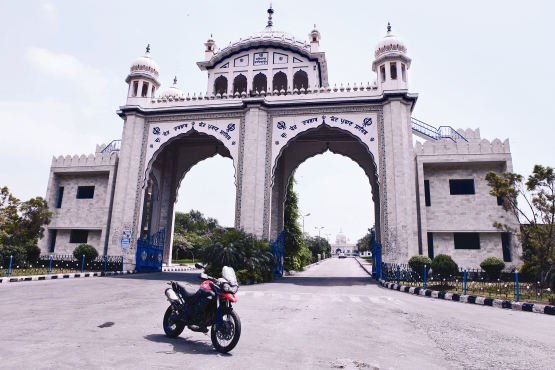 The fields of Punjab are a sight to behold. Acres of green where corn, sugarcane and rice are grown fill the background. The air is clean and when the sun is at its highest, the damp weather can really get you to break into a sweat. Thankfully, the Tiger kept its cool and went on without a hitch, the temperature gauge not budging from its halfway mark even at consistent highway speeds as we moved towards Jammu. It wasn’t too long before we came upon the distinct border of the State of Jammu and Kashmir.

As you take the long curve passing under the massive overhanging board, you notice the lines of sandbags and the heavy security. However, the flow was smooth with little or no traffic as we made our way through. Once you enter Lakhenpur and the district of Kathua, the traffic builds up and pace slackens. The highway tends to be rather busy till you get past Samba and Vijaypur, after which you really have to get busy on the clutch. Another bonus for us here was the light clutch action on the Tiger and the effortless torque from the 800-cc triple, which made tackling traffic not so much of a task as it would have been on many other big bikes. 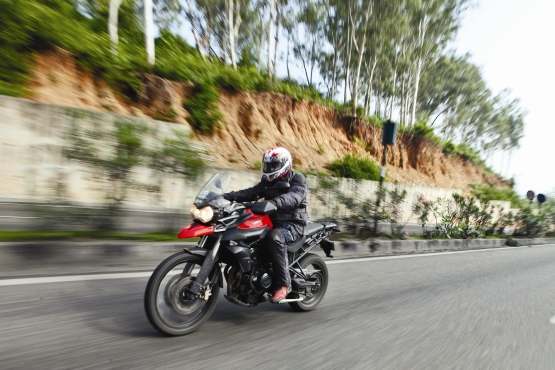