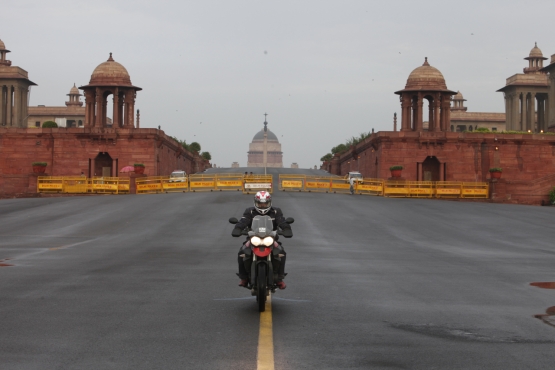 The national capital is next on the itinerary for the Triumph Tiger 800XC as it explores New Delhi and heads through the history-rich city of Kurukshetra, Punjab, Jammu, Patnitop and on to the roof of India: Srinagar.

The Triumph Tiger 800XC has been on the road for some time now. We began at the southernmost tip, Kanyakumari, past the western coastline of India and through the Rann of Gujarat and the landmark cities in Rajasthan, before heading into New Delhi. We had the Qutub Minar in sight when we left off in the last issue, and, now, we venture further into the capital to bring you closer to the highlights the city has to offer.

The ride to the Qutub Minar off the highway is not too long, but it can test your patience because of the traffic, even on a bike as capable as the Triumph Tiger. To be honest, letting it loose in traffic like that is almost akin to confining a tiger to a cage. Once you find a parking spot, though, you’re free to explore the premises. At 73 metres tall with a base over 14 metres in diameter, the Qutub Minar is the centre of attraction, but there are also others around to take a closer look at. The Iron Pillar, for one, possesses inscriptions which date back further than the Minar. The sprawling lawns offer some respite from the heat when the sun is high in the sky. 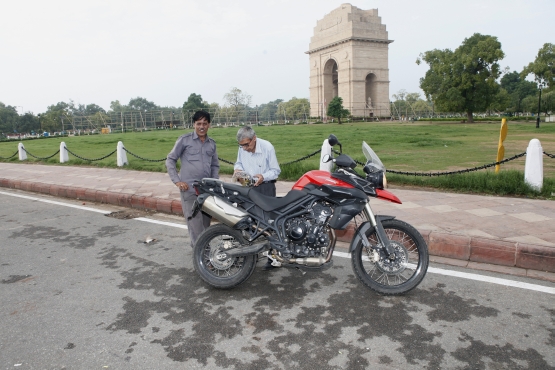 Early morning is the best time to visit the India Gate, a war memorial located on the Rajpath, formerly known as the Kingsway. The names of over 70,000 soldiers who lost their lives in World War I have been inscribed on it. The foundation stone was laid in 1921, and it was inaugurated 10 years later. The Republic Day parade starts from the Rashtrapati Bhavan, or the Presidential Residence, down Rajpath and passes around the India Gate. The Gate stays illuminated every evening, bathed in a golden hue. 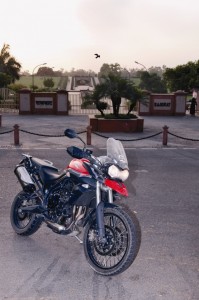 A few minutes from the India Gate is the Raj Ghat, or King’s Bank, a memorial to Mahatma Gandhi, and one which is as relaxing as can be. Also located on the banks of the Yamuna, Raj Ghat, with its greenery and sprawling lawns, is a perfect way to put the chaotic city traffic aside for some time. You have to stow your footwear before you can enter and walk around. Inside, the place of the Mahatma’s cremation (antyeshti) is situated in the open where one can spot the flicker of a perpetually burning flame.

One of the main attractions in Delhi is the Red Fort. It was built back in 1648 as a fortification for the then empire of Shahjahanabad and derives its name from the red sandstone used in its construction. It served as the residence for Mughal kings for over 200 years. The Red Fort is massive and probably makes up a chunk of the PIN code. There are several areas you can get a good look at the fort, but heavy security guards the main entrance. There is a sound-and-light show on Mughal history in the evening for visitors, and, on Independence Day, the Prime Minister hoists the national flag and addresses the nation with a speech that is broadcast live. Another major attraction is a fort older than the Red Fort. The Purana Qila (or Old Fort) is the oldest fort in Delhi, built on the banks of the Yamuna river over 5,000 years ago at the time of the Indus Valley Civilisation. This citadel is where the then capital of Humayun, Din Panah, was located. The fort was rebuilt by the Afghan king, Sher Shah Suri, and remained incomplete even at the time of his death in 1545. Once you have your fill of historical sights, heading to the Connaught Place is always a good idea. Hit the shops and fast-food eateries. All the big names are there, so you always have a choice. 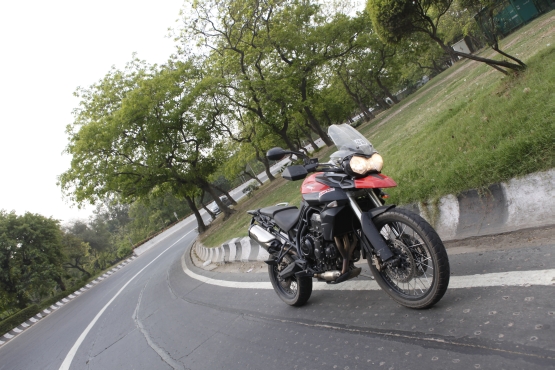