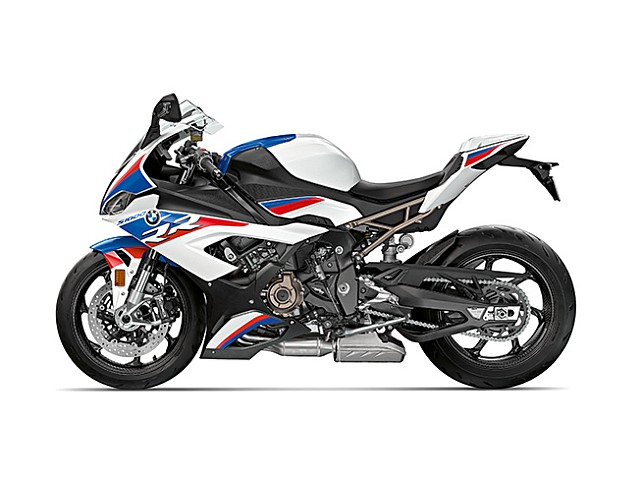 The new 2019 BMW S1000RR has a 999 cc engine that now makes 207 PS at 13,500 rpm and has a peak torque of 113 Nm at 11,000 rpm. The new BMW S1000RR will make 8 PS more than the older model. The weight has also been decreased to 197 kg making it 11 kg lighter than the older model, which is due to the Z-type twin-spar aluminium frame along with the WSBK aluminium swingarm that it now gets. To make things even crazier there is a top specification M variant which will have lighter parts like ones used on the HP4 and weigh in at just 193.5 kgs.

BMW has completely changed the design of the bike from the conventional shark design that it uses. One of the main cosmetic changes to the bike that many have mixed emotions about is the change of the asymmetrical headlights that it used to sport, which are now changed to smaller twin LED headlights. Electronic aids will also be upgraded in the new model which include Shiftcam tech, where 100 Nm of torque is accessible between 5,500 and 14,500 rpm. Other features include a six-axis IMU that controls dynamic traction control, hill start assist, engine brake control and Shift Assist Pro. The four riding modes will be Rain, Road, Dynamic and Race.

The BMW S 1000 RR is said to launch at a price of Rs 20.5 lakh (ex-showroom) which makes it around Rs 2.5 lakh more than the older model. Some dealerships have already started accepting bookings for the BMW S 1000 RR with an amount of Rs 2 lakh.