What appears to be the Yezdi Roadking scrambler test mule has been spotted on public roads. 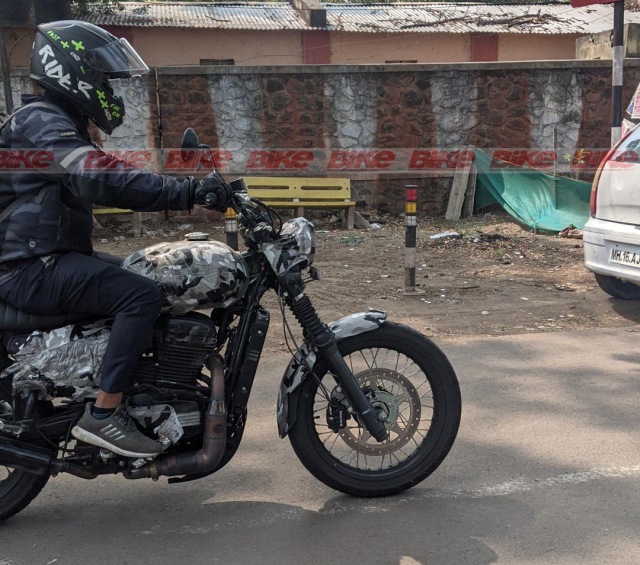 Although the appearance of a test mule on public roads indicates a launch in the near future, this particular machine looks far from production ready. Many parts on the motorcycle look unfinished, particularly the exhaust system. The bulge at the beginning of the header pipe indicates the presence of a secondary catalytic converter to keep the emissions in check but tail pipe looks shoddy and unfinished, hinting at the possibility of a few more months of testing. Post which it could receive some final changes to make it ready for the Indian consumer. 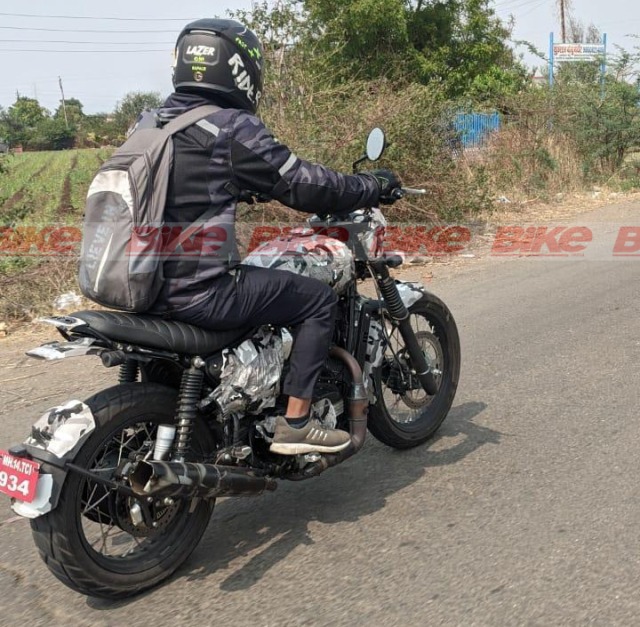 From the pictures, we can see that the modern Yezdi Roadking scrambler will be equipped with spoked wheels, gaitered fork, a mudcutter-type rear fender, dual-purpose tyres, dual-channel ABS and minimal bodywork. The absence of a conventional tail-lamp at the rear might mean that this motorcycle’s indicators will also double up as the tail-lamp. Eagle-eyed Yezdi fans may have also noticed that the clutch cover looks exactly like the Yezdi from yesteryears. That being said, it remains to be seen if they have also drawn inspiration from the original Yezdi when designing the instrument cluster. 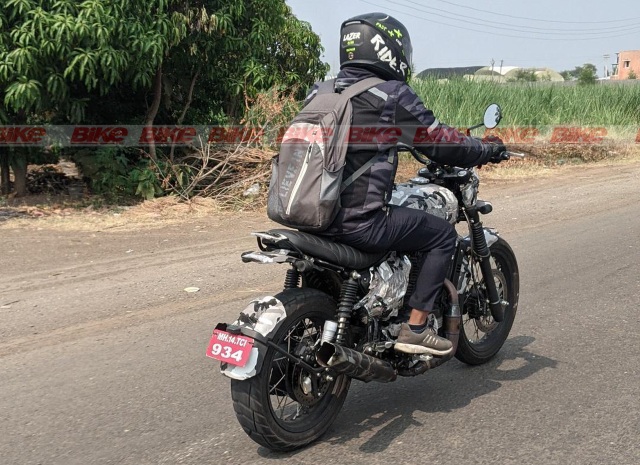 Brought to you by Classic Legends, the modern scrambler iteration of the Yezdi Roadking will draw power from the same mill that runs the Jawas. The 293-cc, liquid-cooled, single-cylinder engine churns out 27.33 hp and 27.02 Nm of peak torque while mated to a six-speed transmission. We can also expect the larger 334-cc Perak engine with 30.64 hp and 32.74 Nm of peak torque. Once launched, this motorcycle is expected to go up against the Honda CB350RS which does not have any direct rivals yet. We can expect the Yezdi Roadking scrambler to reach showrooms sometime in 2021.