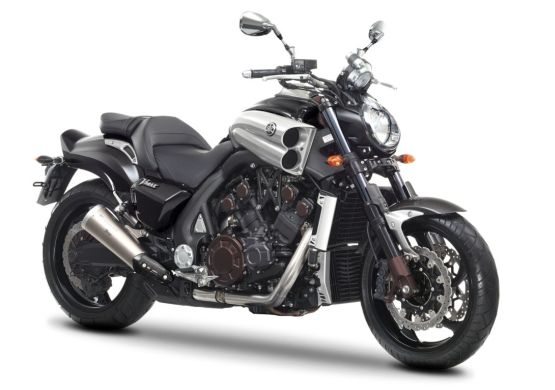 Yamaha Motor have launched an even sharper, more aggressive version of their all-evil VMAX called the Carbon, and it brings what its name suggests.

The VMAX Carbon is a limited version of Yamaha’s powerful drag-racer inspired muscle-bike of a street-cruiser, now sporting, in order of appearance, a front fender, tank covers, side panels and rear fender, all made from carbon-fibre. The weight-loss isn’t too significant, but it’s there. The VMX1700, or VMAX, in its Carbon guise, still uses the ever-mental 200-PS 1,679cc V4 motor. The 6-speed transmission sends all that power and the near-170 Nm of torque to the fat rear wheel, which wears a wide 200/50 R18 tyre. An Akrapovic exhaust end-can rounds off the changes on the Carbon.