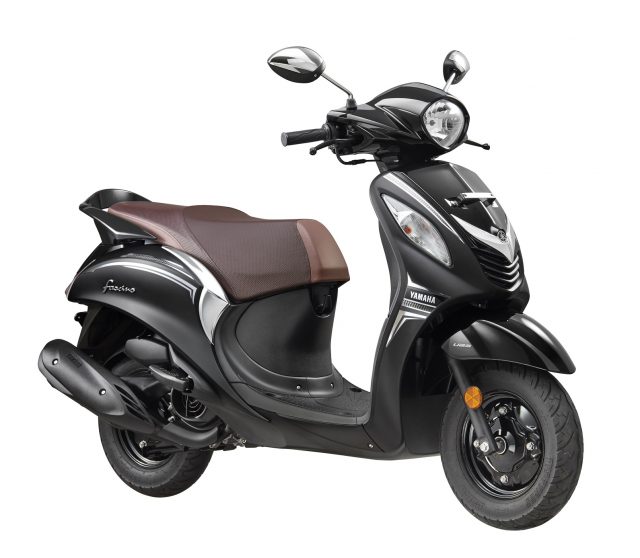 The new Yamaha Fascino Darknight edition comes with the Unified Braking System (UBS), which is a safety feature that triggers partial braking of the front wheel as soon as the rear brake is engaged completely, along with additional features including a maintenance-free battery.

Yamaha’s new strategic campaign “The Call of the Blue”, which parasols the overall product and marketing initiatives including motorcycles and scooters, now brings the excitement into the 110-cc scooter category with the Yamaha Fascino.

The Yamaha Fascino has earned a considerable reputation for its unique styling since its launch in 2015. Now, Yamaha have further jazzed up the unisex appeal of the Yamaha Fascino by introducing a trendy colour, “Season Green” with the UBS and maintenance-free battery, followed by the launch of the Fascino Darknight edition. 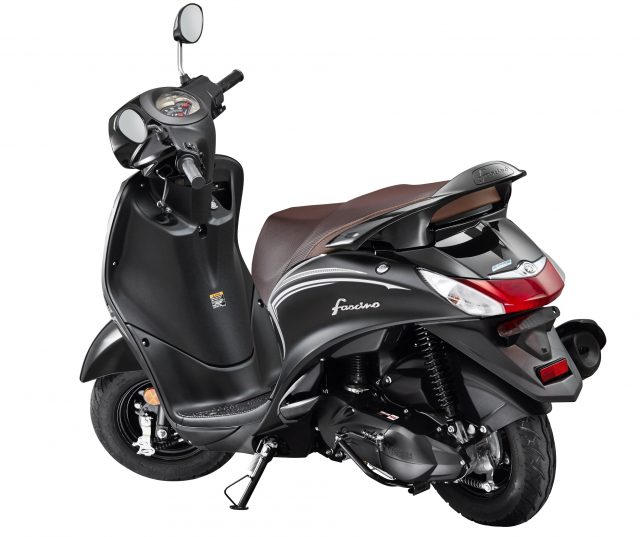 Motofumi Shitara, Chairman, Yamaha Motor India, said, “Yamaha is committed to establish its uniqueness through exciting, stylish and sporty products and experiences. Yamaha Fascino has already gone up and about its unique style and excitement in the market. The new Darknight edition will further create an urbane style which is in line with Yamaha’s efforts to add Darknight editions in many other two-wheelers.”