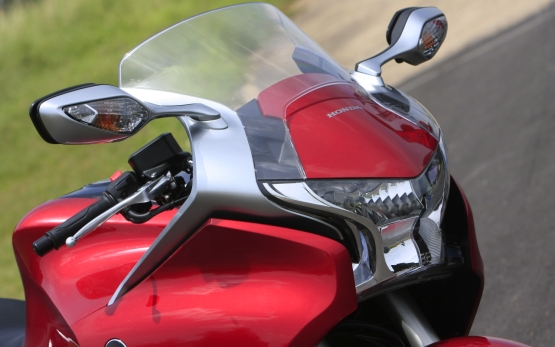 We get astride the VFR1200F at the Chennai racetrack and are mighty impressed by the innovations that this motorcycle flaunts. Honda pull out a sport tourer with the best functionality, but, we feel, a not-so-pleasing form.

The Chennai race circuit had been abuzz with the typical V note since six in the morning. Being a member of the ‘Safety Group’, I was supposed to arrive at the track in the second session of the day. (I swear, it’s quite frustrating to wait when the carrot is being dangled and you can’t grab it!).

It had been a couple of days since the first VFR came out of its crate at the track and, since then, I had to be content only with looking at its massive bulk, delineated by flowing lines and awkward proportions. Hurrying up with breakfast, I made it to the track even before the first group of journos (the ‘Fun Group’) were done with their respective rounds. My slot for riding the bike was at 12 in the noon, which was further delayed by 45 minutes owing to the fact that the earlier people were running late with their schedules.

Finally, I laid my hands on the latest offering from Honda some time around one o’clock and refused to return to pits for quite some time (conveniently ignoring the frantic hands waving on the pit wall). There is a lot to be explored in this motorcycle and I was not really keen on doing it on a racetrack.

Closed-circuit riding is something I love for the sheer fact that you can push the motorcycle to its limit without being afraid of quadrupeds (or even bipeds, for that matter) wandering across the road or lorries coming from the wrong direction. Nevertheless, for a sport tourer, I definitely thought that a highway would have made for a more suitable testing environment. Besides, looking at the bulk of that machine, I was quite sceptical about its ability to go into corners at high speeds. My scepticism sprang from a recent ride I had taken on the Bandit 1250S whose reluctance to lean was a bit too much for me to tolerate. 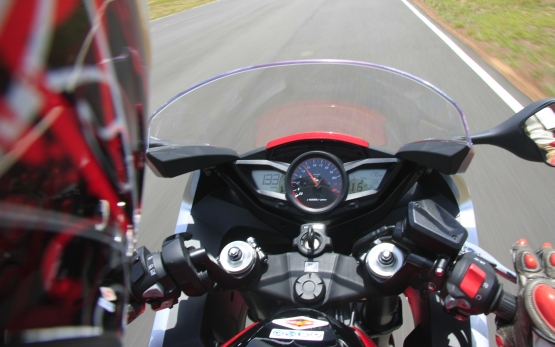 I was in for a surprise, though, once I got onto Honda’s new Veefer. The bike’s mass and bulk seem to disappear as you point it towards a corner and enter it charging on the throttle. Agile and quick steering gives fantastic feedback. Flicking it from one side to another was easy and comfortable considering the size of the bike (it still can’t really be compared with a supersports 600). The suspension did feel a bit on the softer side for the racetrack abuse. However, do not forget the fact that the front fork has a step-less preload adjustment and the rear one has 25-step preload and step-less rebound damping adjustment, which can be used to set up the machine as per the rider’s requirements. In any case, I assume that the softer suspension setup will be beneficial for the touring job. 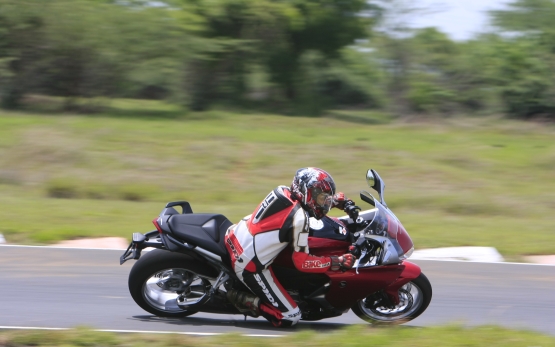