We compile a list of the upcoming motorcycles for the Indian market which are set to launch this month. 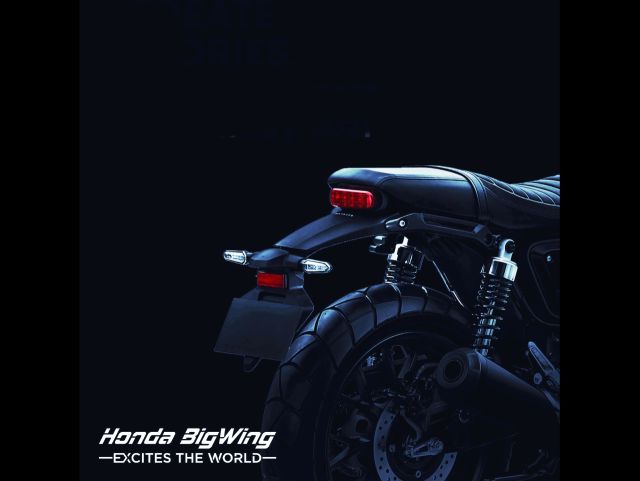 Honda CB350 Scrambler
One of the main launches that is confirmed for February is from Honda BigWing India. The manufacturers recently put up up a teaser picture of the upcoming bike on their social media channels. In this picture, we see the rear of a motorcycle that is likely to be a scrambler which is based on the H’ness CB350. The bike in the image sports a sleeker rear-end with slightly raised twin-shocks, an extended rear mud-guard and a neat rectangular taillight. Under this setup, the bike also sports a new dual-purpose tyre. The Honda CB350 scrambler is most likely going to be called the CB350X and will sport the same 348-cc, air-cooled, single-cylinder motor from the H’ness CB350. This engine puts out 21 hp at 5,500 rpm, a peak torque of 30 Nm at 3,000 rpm and is mated to a five-speed gearbox. The bike is set to launch on 16 February in India and is expected to be priced at around Rs 2 lakh (ex-showroom). 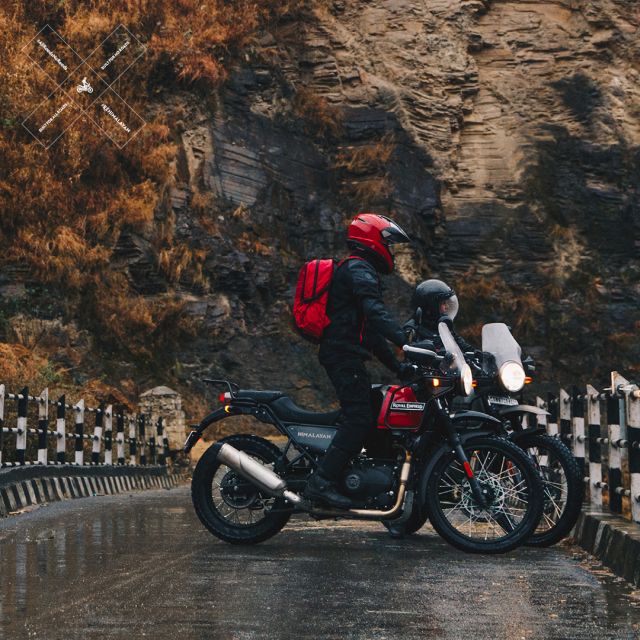 2021 Royal Enfield Himalayan
The new Royal Enfield Himalayan is expected to launch later this month with new features and colour options. There will be a few changes made to various parts and mainly, this update will include three new colour options including Mirage Silver, Granite Black and Pine Green and also offer brown rider and pillion seats. The new Himalayan is also expected to sport a taller windscreen, redesigned frame which rests on either side of the tank as well as updated rear luggage rack. Reports also state that the bike will be equipped with a Tripper navigation system, like the one that is seen in the Meteor 350. The bike will make use of the same BS6 411-cc engine, that puts out 24.6 hp and 32 Nm of peak torque. With all of these upgrades we can expect Royal Enfield to launch the bike at a premium of around Rs 20,000 over the current BS6 model which is priced between Rs 1.92 lakh and Rs 1.96 lakh (ex-showroom prices). 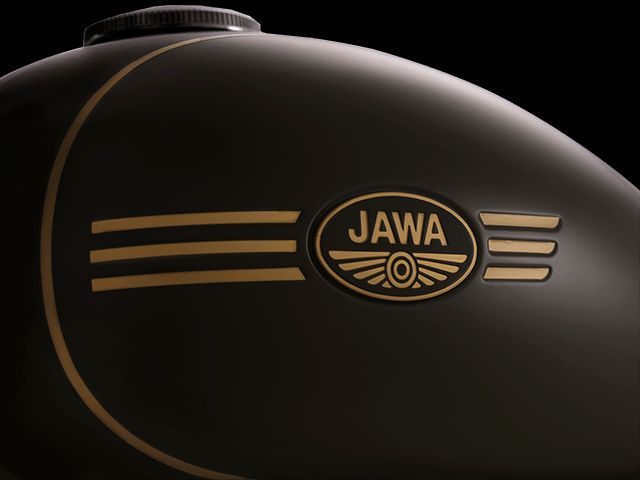 Jawa 42
Jawa Motorcycles are set to launch the updated Jawa 42 sometime in the middle of this month. The bike was recently spotted testing with a couple of changes. The main visible update was the use of alloy wheels compared to the spoked-wheels on the previous model. This has been done so the bike can be fitted with tubeless tyres. Apart from this, the test mule was also spotted with a black exhaust, front fork and rear twin-shocks. The new Jawa will also make use of a short fly-screen at the front and a new grab-rail at the rear. The Jawa 42 will use the same BS6, 293-cc, single-cylinder motor that puts out 26.51 hp and 27.05 Nm of peak torque and mated to a 6-speed gearbox. We can expect to see slight changes made to this powertrain to make it more petty and efficient. Currently, the dual-disc variant is priced at Rs 1.74 lakh (ex-showroom) so we can expect the 2021 model to be priced at around 1.90 lakh (ex-showroom). 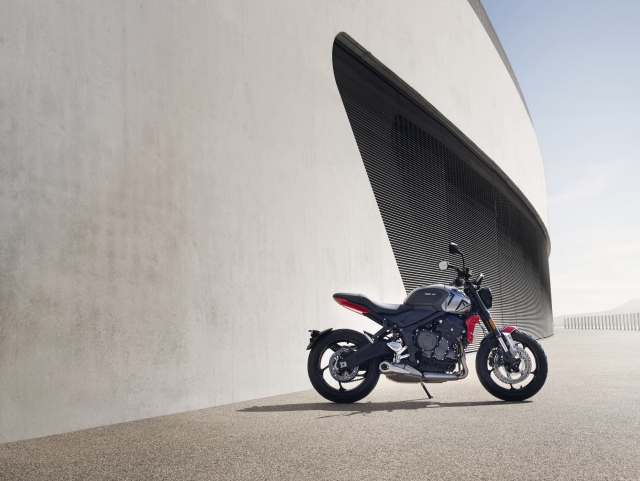 Triumph Trident 660
With the Trident 660, Triumph Motorcycles will be entering the premium middleweight roadster category. When it is launched, it will be positioned under the Triumph Street Twin, making it the most affordable Triumph motorcycle. Powering the Trident 660 will be a 660-cc, liquid-cooled, three-cylinder engine that produces 81 hp at 10,250 rpm and a peak torque of 64 Nm at 6,250 rpm. The pre-bookings for the Triumph Trident 660 are open across all Triumph India dealerships and customers can book the motorcycle with an initial amount of Rs 50,000. The official launch is expected by the end of this month. Read all about the motorcycle here. 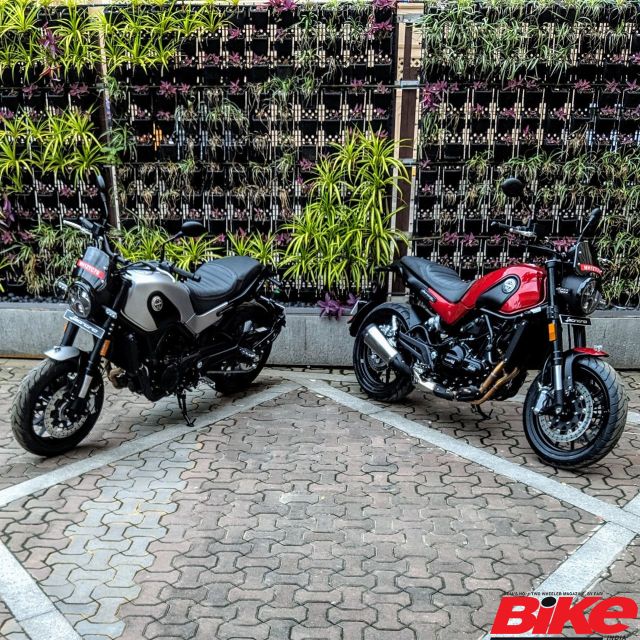 Benelli Leoncino 500
The Benelli Leoncino 500 is a retro-modern motorcycle that was launched by Benelli in India in August last year. If word is to be believed, the BS6 model could be launching this month. The BS4 model of the Leoncino 500 made use of a 500-cc, liquid-cooled, parallel-twin motor that put out 47.5 hp and 8,500 rpm and 46 Nm at 6,000 rpm and mated to a six-speed gearbox. This engine will be upgraded to comply with BS6 norms. For now we cannot be sure if there will be any changes to the design and styling, but considering that this is a BS6 update, we can expect a slight drop in power figures in comparison to the BS4 model. Unfortunately, we have seen very few of the BS4 models on our roads, but this is considering the high-price factor of the motorcycle. The BS4 model was priced at Rs 4.79 lakh (ex-showroom). We hope to see the Leoncino 500 launch in its BS6 avatar with a more aggressive price-tag. 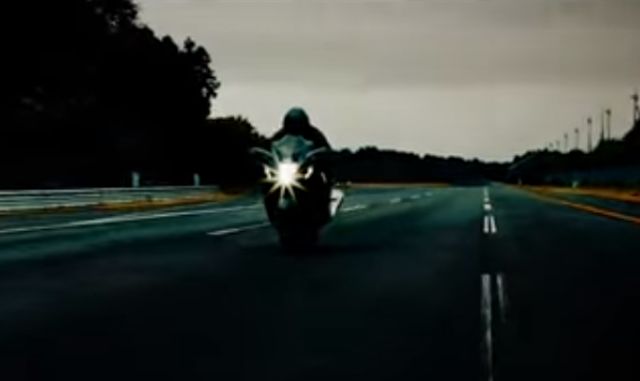 2021 Suzuki Hayabusa
In a recent social media post, the latest iteration of the Suzuki Hayabusa has been teased. Rumours state that the updated Hayabusa will draw its power from a larger 1440-cc, inline four-cylinder motor instead of the older 1340-cc unit. It is said that this new engine will put out a mind-boggling 200 hp of power. There will be a couple of minor changes to the design and styling – the bike will sport all-around LED lighting, get a redesigned tank, and an aerodynamically improved front fairing. Apart from this, a new exhaust unit is also seen on the bike which is now longer and fully chrome-plated. Considering that the bike was just teased, we might see a global launch in the upcoming months. 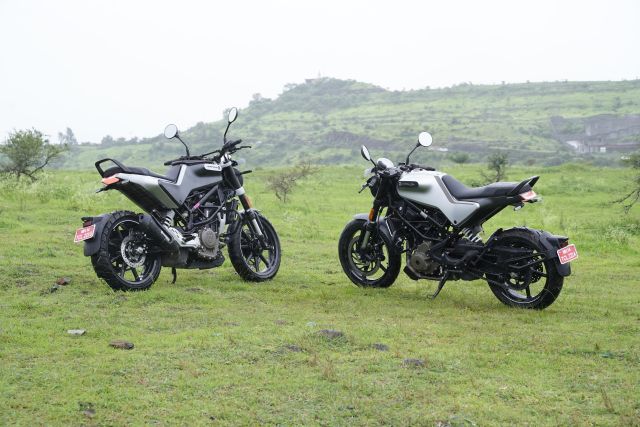 Husqvarna
As we all know, Husqvarna Motorcycles made their entry into the Indian market last year. To introduce the brand, they launched their entry-level scrambler – the Svartpilen 250 and a cafe-racer – the Vitpilen 250. The manufacturers are now set to launch the Svartpilen 400 and the Vitpilen 400. These new models will sport the same design and styling, but will make use of the engine that is seen in the KTM 390 Duke. There is no official word on the launch date of the motorcycles, but we can expect them to be launched in the upcoming two to three months as they have already been spotted testing a couple of times.