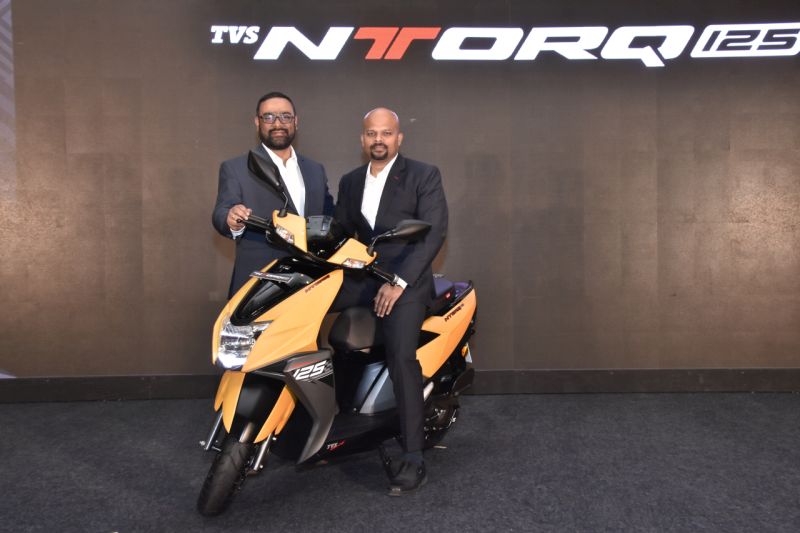 Following a national launch earlier this month, the TVS Ntorq 125 is now being launched regionally. Today, it was Pune’s turn. The hot, new scooter is priced at Rs 60,850 (ex-showroom, Maharashtra).

One of the Ntorq 125’s major aces is its ‘TVS SmartXonnect’ system that features Bluetooth connectivity. The rider has the option of pairing their smartphone to the scooter and receive alerts on the vehicle’s console. In addition to similar modern conveniences, the Ntorq 125 is also formidable, performance-wise. A 124.8-cc three-valve engine powers the scooter, churning out 9.4 PS at 7,500 rpm and a peak torque of 10.5 Nm at 5,500 rpm. We pitted the Ntorq 125 against its rivals on paper, and then got a chance to put it through its paces on the track. Read our first ride impression, here.