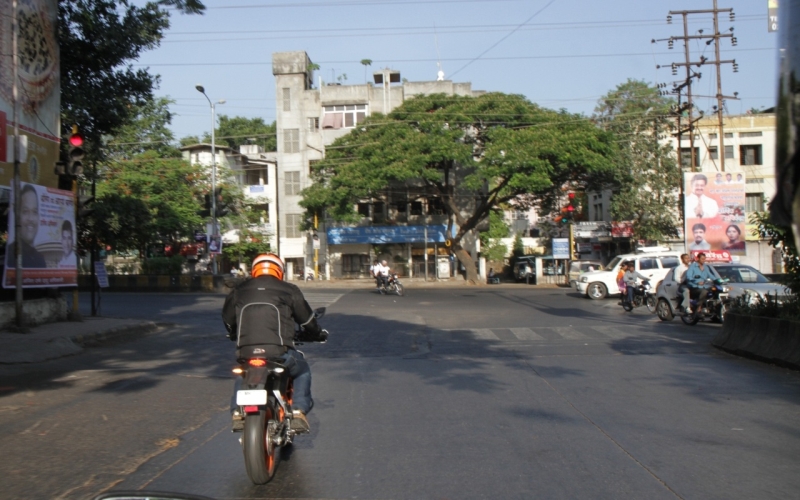 Would traffic improve with stricter implementation of laws? Yes, of course it will.

On a recent trip to Tokyo, a few of us wondered whether or not India’s traffic would ever get better. Of course, that’s not putting it right. There are different cities, each with it’s own traffic characteristics. For instance, Mumbai has heavy volume, but stricter police mean most people follow traffic lights and don’t often go the wrong way. In Hyderabad, the biggest trouble is weaving. Almost no one goes in a straight line. Pune is simply chaotic, no one cares. Wrong side, triple-seat on a bike while on the phone is a common sight. Delhi is probably a combination of Mumbai and Pune. What is it about following laws that troubles us? Don’t we get that they’re there for our own benefit?

Our discussion went deeper in what we thought was actually going through the minds of people? Is it thought to be “cool” to be above the law? That’s just stupid! You could end up injuring yourself and others. Would it help if we had a larger police force? Maybe. Would it help if someone who ran a red light was thrown into jail for just one night? Possibly. The trouble is, most people simply don’t care. That’s the same reason the position of ‘Supervisor’ was created: to ensure people who were paid to work, actually, um, work, and, occasionally help with some issue that may creep up. But, for the most part, it’s the former. What will it take for someone to care? Will only a great personal loss lead to awareness, or are some people actually capable of understanding the big picture?

For the bike guys, we know we have to be extra alert. Most car drivers don’t see us and think they have a right of way even if they do, and that’s a big problem. I’ve had a few friends who’ve lost their lives due to such inconsiderate nature of people. As far as possible, follow lanes and indicate when switching. Ride with the headlamps on, it’s fine. If a cop stops you, he probably is just as ignorant as anyone else, so it’s futile to try and explain. Most people have a lower level of understanding and are much greater in number. You could end up not just being the fool, but also being penalised for trying to be smart.

The bottom line: Traffic is getting worse by the day. We have to incorporate change. Start small. Given our infrastructure, don’t speed down the wrong way. Don’t run a red light when others are waiting. And, very importantly, don’t honk; unless the village idiot decided to do 20 in the fast lane, whilst on the phone.