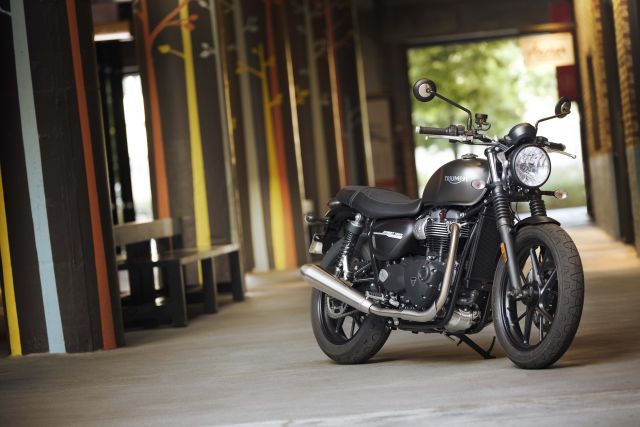 Triumph’s Modern Classic line-up has being going from strength to strength since the introduction of the new liquid-cooled engines in 2016, available across the range in 900- and 1,200-cc versions with various states of tune. While people have been raving about the Thruxton’s acceleration and handling, or the T120’s massive torque spread, the humble Street Twin is the one pulling in the numbers, turning out to be Triumph’s highest-selling Modern Classic since its introduction three years ago. Now, for 2019, Triumph have decided to upgrade their entry-level bestseller with more performance, a few visual tweaks, newer underpinnings and some modern electronics. We were recently invited to Portugal where I spent a day with the new bike to figure out exactly how much better it is than the outgoing model. 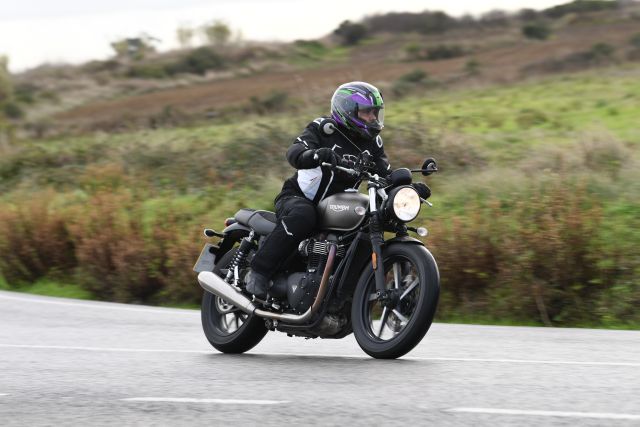 Visually not much has changed; aside from new colours, different alloy wheels, the redesigned Street Twin badge and a slightly reworked single-pod meter, this bike is instantly recognisable as Hinkley’s entry-level Modern Classic. Triumph used feedback from their customers to conclude that the new Street Twin had to be more capable and powerful than the outgoing model, and the highlight of this upgrade is definitely the engine. It is still a 900-cc, liquid-cooled, in-line twin but, with compression ratio upped from 10.55:1 to 11:1 and lighter internals, peak power is up from 55 PS at 5,900 rpm to 65 PS at 7,500 rpm. The torque figure remains unchanged at 80 Nm, but while the old bike made this peak twisting force at 3,230 rpm before trailing off, the new Street twin features a much wider torque spread with 80 Nm coming about at a slightly higher 3,800 rpm. What this translates to is usable power and torque in the upper half of the rev range — something that the outgoing bike was sorely lacking — without compromising on low-end grunt. 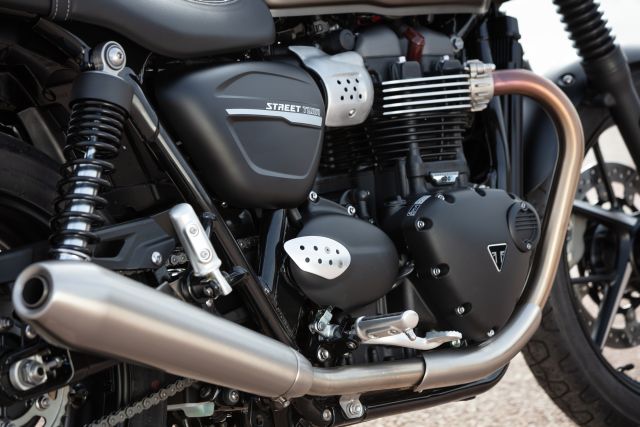 With more power comes the need for better retardation, and Triumph haven’t skimped on brakes. The two-pot Nissin calipers up front have been scrapped in favour of four-piston Brembo calipers, greatly improving braking force with much better feel and feedback at the lever, while the standard ABS did a great job of keeping the wheels from locking up without feeling one bit intrusive. The front suspension has also been reworked, and although the bike still sports a 41-mm KYB fork with 120 mm of travel, the new internal cartridge is responsible for better damping characteristics over a variety of surfaces. The ride is now the perfect compromise; smooth and pliant over rough bits and cobbled streets, and taut when being pushed through the corners. On the outgoing bike the suspension would rebound quite harshly when releasing the front brake, taking the chassis a moment to settle, and this too has been ironed out with the new cartridge fork. 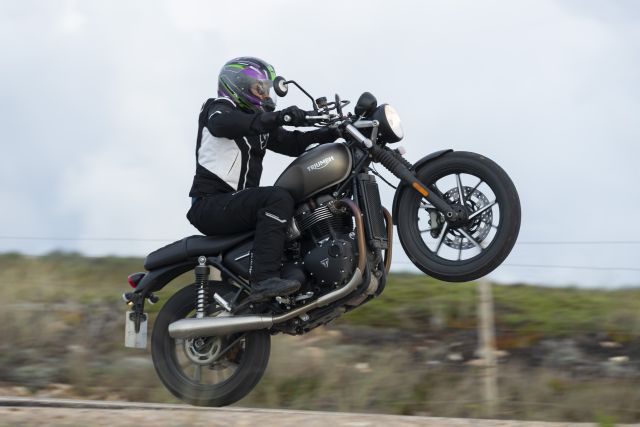 The single-pod instrument cluster is similar in shape and design to the outgoing model, although the bezel has gone from silver to black, and now sports a metallic Bonneville badge at the top. Added functionality includes a numerical rev counter within the digital display window, while a new mode button on the left switchgear now allows the rider to switch between two throttle maps, depending on the road conditions.

Ergonomic changes include a 10-mm higher seat with a new foam compound for added comfort, while the handlebar and footpegs have been moved a few millimetres rearwards. The slightly-revised rider triangle resulted in a compact, sporty riding position for my 5’5” frame, but tall riders may feel slightly cramped. 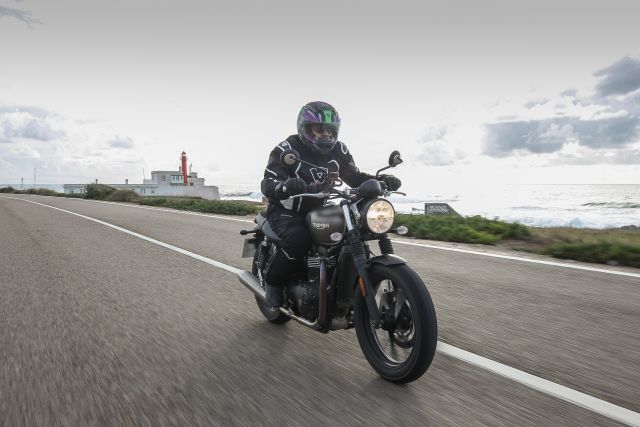 The 2019 Triumph Street Twin isn’t an all-new motorcycle, but it features several upgrades in places where the old bike was lacking, while retaining the winning formula that made the bike such a success. The result is an accessible, modern and capable beginner-friendly motorcycle that is fun to ride in a variety of conditions, and will continue to contribute towards the success of Triumph’s Modern Classics.

Look for an in-depth review of the new Triumph Street Twin in the January issue of Bike India.