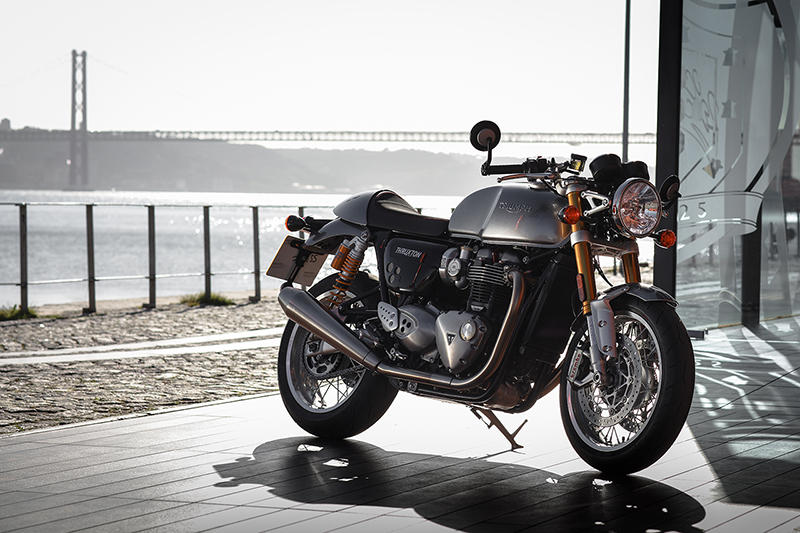 We recently flew to Cascais, Portugal to ride the India-bound Triumph Thruxton R

It was a sunny and windy day when we set out from our event hotel in Cascais on the brand new Triumph Thruxton R, which was the highlight of the day, apart from the beautifully nostalgic T120. The bike I was riding was the new Thruxton R, which is based on the same chassis as the Bonneville T120. However, there are some key differences that set the Thruxton R apart. To start with, the Thruxton R uses the same chassis and 1,200 cc parallel-twin motor which powers the T120. But for the Thruxton R, the motor is tuned for more horsepower, 97 PS to be precise, which is developed at 6,750 RPM. It also has 7 Nm more torque, that is, 112 Nm, developed at 4,950 RPM. 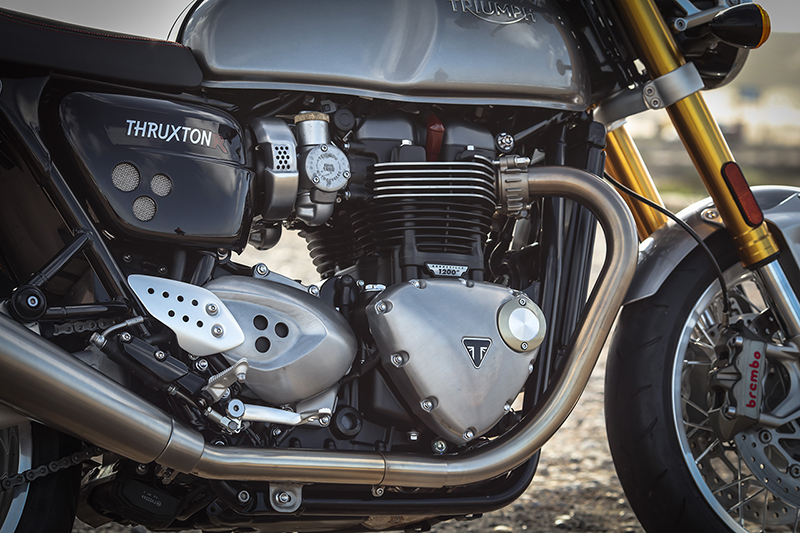 The engine on the Thruxton R features all the goodies like the 270° crank, SOHC valve gear, liquid-cooling, slip-assist clutch and low-inertia crank. These combined with ride-by-wire technology and three riding modes that control the power delivery without cutting the torque down. But the biggest change in the Thruxton R is that the frame is now tuned for better handling. The steering angle is also much sharper as compared to the outgoing Thruxton. The new one features 22.8° rake angle, which makes it a delight to pin in the corners. The suspension is also top-notch. Showa Big Piston USD forks at the front and twin Öhlins shocks at the back. Brakes too are nothing less than perfect with Brembo Monobloc callipers biting the twin-disc set-up at the front and a single Nissin twin-pot calliper serving the rear-end. With these changes the new Thruxton R has transformed into a modern bike with retro looks and honestly, for me, this is the best new Bonnie on sale. 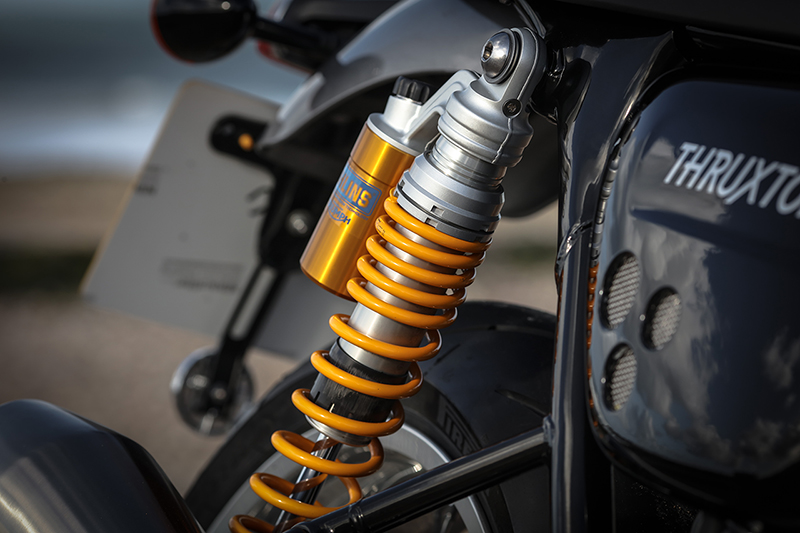 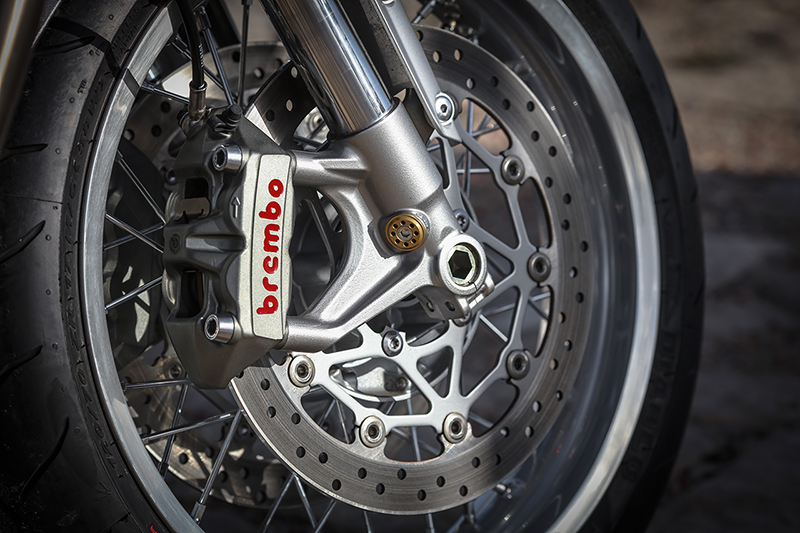