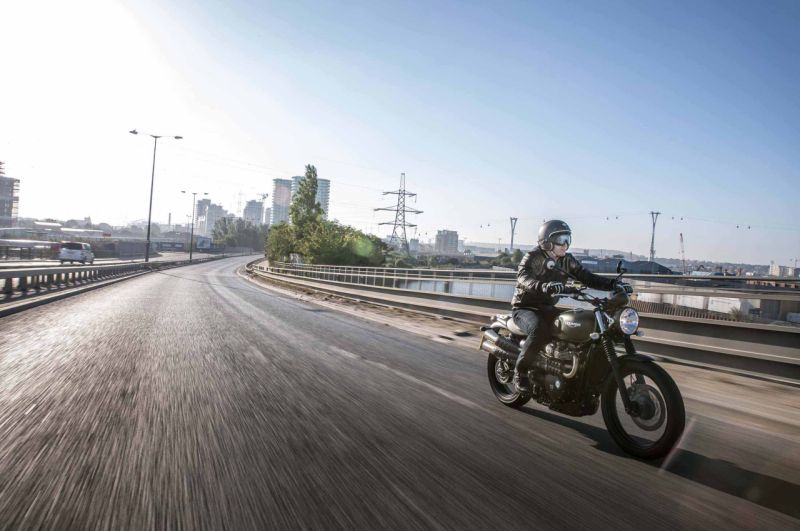 British motorcycle giant, Triumph Motorcycles, have brought their Street Scrambler to our shores at an attractive price that befits the buffet of features offered with it. The Triumph Street Scrambler is priced at Rs 8.10 lakh (ex-showroom).

Production-ready scrambler motorcycles have been all the rage among enthusiasts since the 1960s. However, a lesser-known fact is that the culture of scramblers began in England in the late 1920s when motorcyclists stripped down their bikes to win point-to-point races where the rules were hazy at best. These stripped-down motorcycles were built to take on all kinds of terrain, and to do it fast. Triumph Motorcycles have been having a great time in India over the past year with exciting launches like the Street Triple S, the Bonneville Bobber and the much-acclaimed Thruxton R. These motorcycles have had Triumph fans smitten and looking forward to more exciting motorcycles from the British manufacturer. With the Street Scrambler, hopefully, Triumph have done just that. 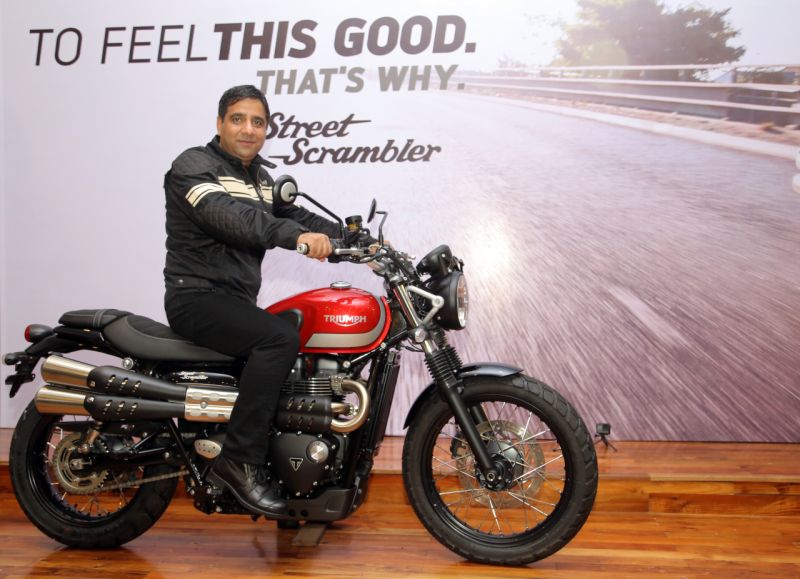 Visually, it is apparent that the Street Scrambler has been based on the Street Twin as they share very similar lines. Other visual features include an interchangeable pillion seat and aluminium rear rack, removable pillion pegs, adventure-style front pegs, and a bash plate. Both wire-spoke wheels are shod with dual-purpose Metzeler Tourance tyres.

At the heart, the motorcycle is powered by a 900-cc High Torque parallel-twin engine that produces 55 PS and 78.84 Nm. However, Triumph have tweaked the motor to deliver better bottom-end power and torque for greater rideability. The power now comes in earlier at 5,000 rpm and the torque comes in at 3,050 rpm. Unlike the Street Twin, this motorcycle features a five-speed gearbox. 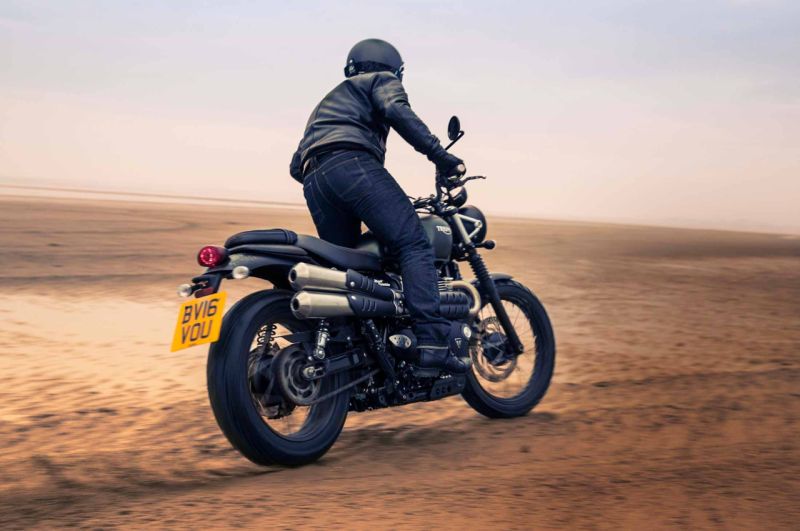 Triumph are offering customers the chance of modifying their machines to suit their individual tastes with 150 accessories to choose from. Currently, the motorcycle is available in three colours, namely; Jet Black, Korosi Read/Frozen Silver and Matt Khaki Green. With a 16,000-km service interval, ownership looks like a hassle-free affair. More on what we think, after the first ride.