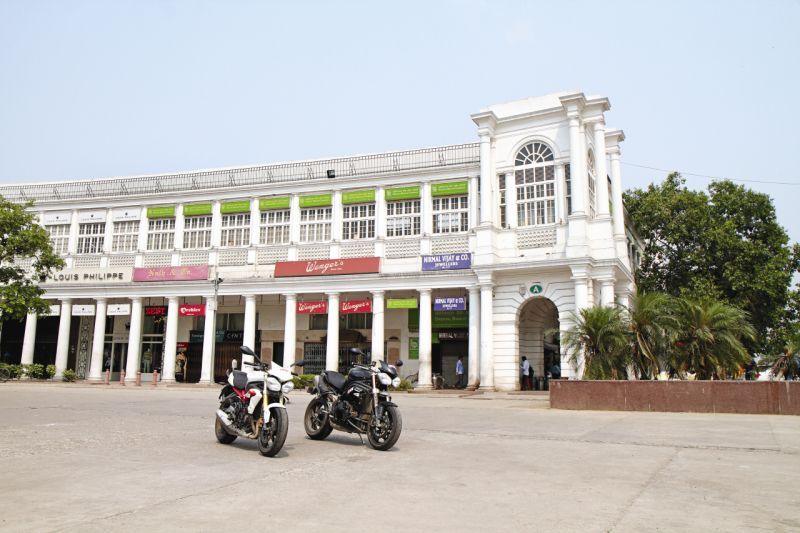 Of course, my journalistic thirst for truth meant that wasn’t nearly enough to go on, so I channelled my inner vexillologist (a k a Google) and dug a little deeper for a more satisfactory explanation. The flag belonged to the East-African United Republic of Tanzania, whose president, Jakaya Mrisho Kikwete, was being hosted President Pranab Mukherjee as a gesture of thanks for the assistance he and his nation had provided towards voting India into a permanent seat on the United Nations Security Council. So while Kilwete got the VIP treatment, we were left without pictures of some of New Delhi’s most iconic locales. Oh, well, que sera sera and all that. At least the legendary Connaught Place wasn’t cordoned off, though the equally legendary Wenger’s Bakery was shut, which made me even more despondent than the photo-snub and shattered my previously tranquil disposition.

To top it all, I was then reminded that our time with the Street Triple was up and that it had to be returned to Triumph’s Delhi showroom since we had no shoot-pretext to use and hold on to it for any longer. So with my chagrin level rising high, off we went to the Triumph showroom in Vasant Kunj to execute this extremely glum departure.

Miffed by the way the capital had treated me (yeah, I really do like me some baked goods, and, more importantly, I’d grown immensely fond of that little Street Triple) I stormed off towards Agra, and soon enough stumbled upon something that snapped me right out of my little hissy fit — the Yamuna Expressway. For those who have never ridden on this stretch of six-lane tarmac heaven, here’s the low-down: it’s a 165-km stretch of six-lane tarmac heaven. The best part is that the authorities that supervise the Yamuna Expressway are not purveyors of the dreadful bikerpartheid, which means we could unleash all those 127 thoroughbred stallions from their three-cylinder stable and let them loose — which is exactly what we did. 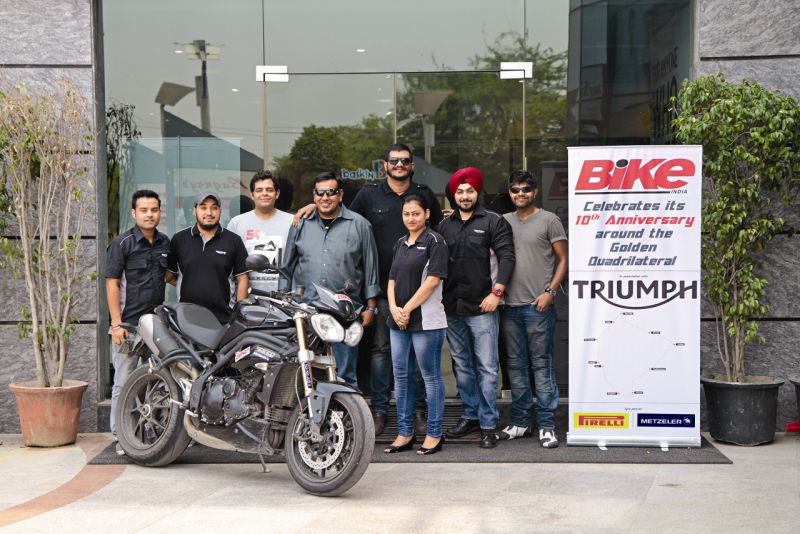