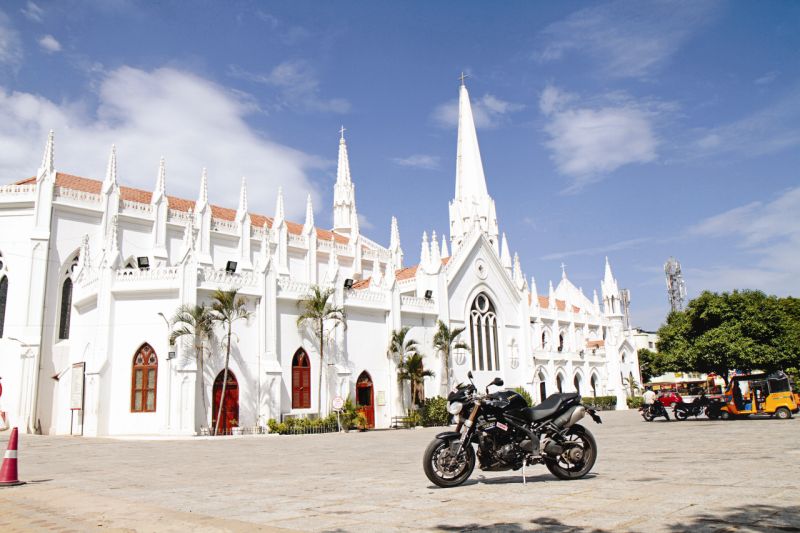 Here, too, Chennai’s serious side came across, because even just off the beach, the serious business of fishermen selling their day’s catch was being carried out in urgent, staccato conversations that my sorely limited linguistic abilities couldn’t make head or tail of. They could just as easily have been discussing the crazy guy on the big bike who thought it would be a good idea to kick up some sand, who knows?

Our next stop was the San Thome Basilica. Named after St Thomas, one of the twelve Apostles of Jesus Christ whose tomb is placed next to this church, the foundation stone for the St Thomas Basilica was originally laid in 1523, although the foundation for the church in its current avatar was laid over 300 years later, in 1893, with the basilica being completed in 1896. A lot of history attached to it then, but history or no, the church is spectacular to look at, absolutely glorious, and is worth a visit for this if nothing else. 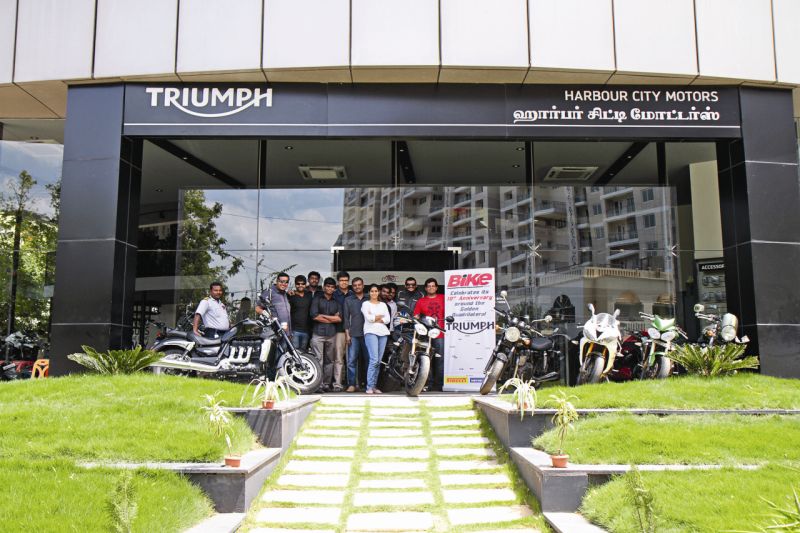 Tourist-y thing done, we made our way to the Triumph showroom in Chennai, because with nearly 5,000 kilometres covered on this journey, the Speed was in need of some good ol’ TLC (that’s tender loving care, not a certain lifestyle network television channel). Anyway, Harbour City Motors, the Triumph showroom in Chennai, surpassed all our expectation with the swift yet thorough service they performed on the bike, leaving it running good as new and allowing us to continue our journey unabated. And continue we did, heading off on to the highway that would bring us to India’s IT hub, Bengaluru. 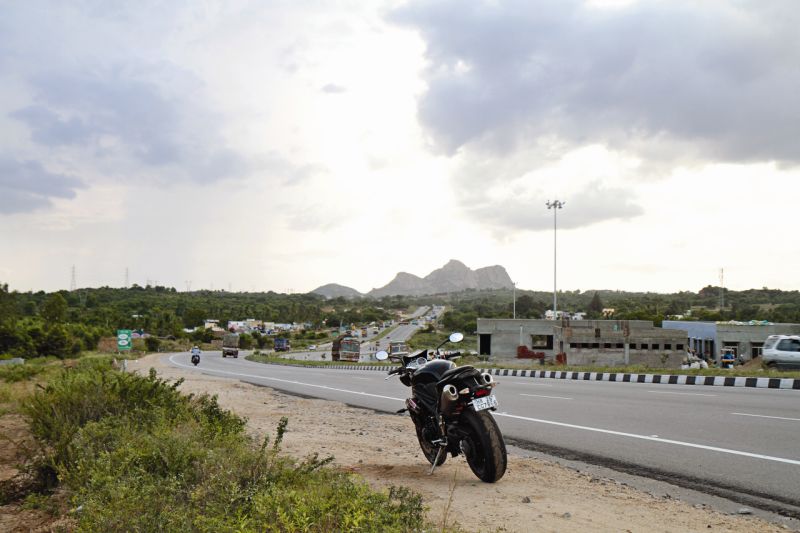