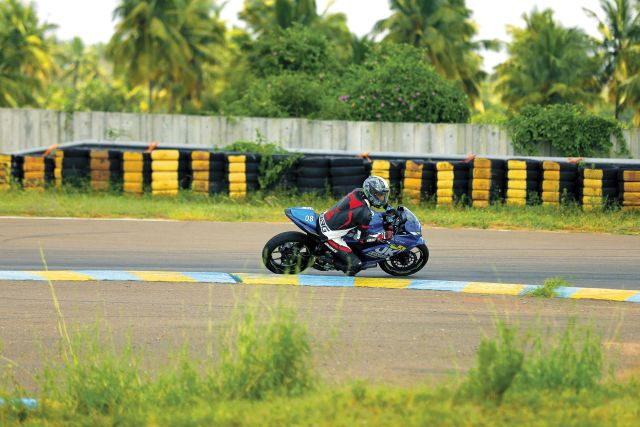 My first attempt at the endurance racing format took place last year, also with Suzuki Motorcycle India. Unlike Suzuka and the lot, my whole race lasted for an hour. Certainly hilarious by racer standards, but that outing helped me learn a lot and I have been itching to put it to test since. So when the invite arrived for the Suzuki Media Endurance Race this year, I hummed a merry tune as I packed my gear and headed to the Kari Motor Speedway in Coimbatore. This time, Suzuki had a surprise for us. We had the honour of marking the début of the race-spec Suzuki Gixxer 250 SF on the track.

The road-going Gixxer is a capable motorcycle with a torquey engine and remarkable handling; thus making it a good base for a race machine. Suzuki did not change much in the stock motorcycle. After the obvious livery makeover, they reworked the rake angle and moved the foot-pegs towards the rear. That was it. They confirmed that in the next iteration, they would have a fairing that would contribute significantly to the aerodynamics of the motorcycle. Meanwhile, we had to be content with the stubby stock windscreen for that race weekend. 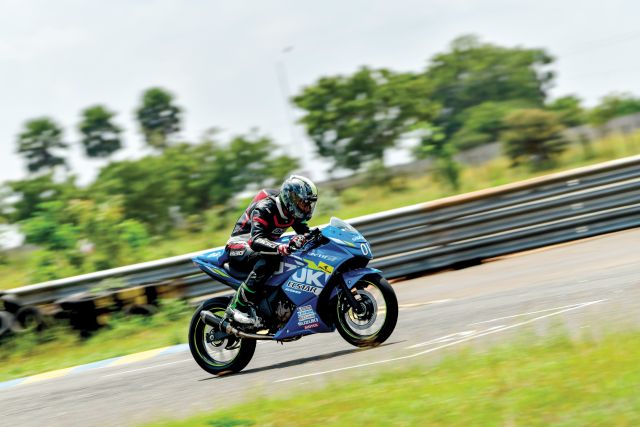 Post a safety briefing and paperwork, we were allotted teammates and, of course, motorcycles. Yours truly and teammate were assigned the number 08 machine. Taking into consideration our respective strengths and weaknesses, we formed a plan that would give us the best chance to win. On Saturday evening, with the setting sun providing a beautiful backdrop, we rode out for our practice and qualifying sessions. The first few laps were spent feeding heat into the brand-new tyres and then we were off as the green flag dropped to set fast lap-times. At the end of my session, my teammate took over in the saddle and our combined times were used to determine our race-start positions the next day.

With a sound strategy in place, we arrived at the racetrack the following morning to the sight of a row of freshly cleaned race bikes on the main straight. Shortly before the race was flagged off, I stood behind the motorcycle, holding it upright while my partner waited on the other side for the green flag to drop. The seconds ticked away in a painfully slow fashion and the race was on. My teammate ran to our motorcycle, mounted it and took off while I entered the pits to take up my duty of watching the clock. If he spent more than our planned time on the track, it would be difficult for us to win. More than that and we would be risking a disqualification. Risky business, this. 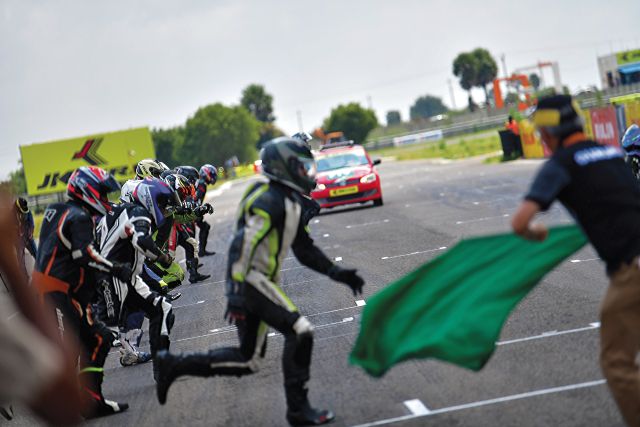 With the clock ticking away steadily, my teammate was making good progress on the track. I asked for the number 08 board to be shown, signalling a rider change, and promptly geared up. Then I watched in confusion as my teammate went by the board twice without pulling in. Perhaps, he had not seen it. Fortunately, he came in on the following lap. In the nick of time, I should say, because doing another lap might have seen us disqualified. 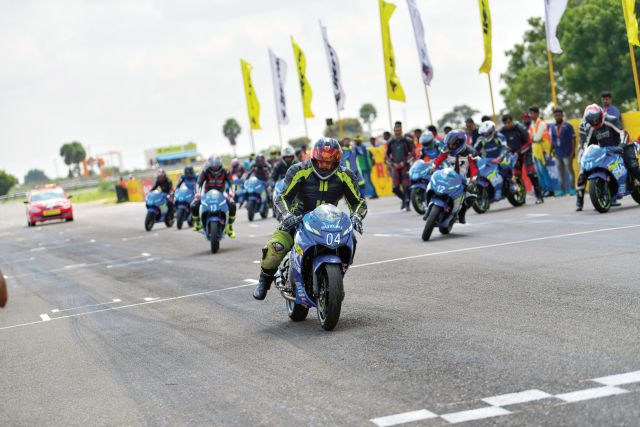 I jumped on the motorcycle the moment he dismounted and took off, determined to make the most of whatever time we had left. After exiting the second chicane with good drive and no one in front of me, I realized it was a perfect time to put in a couple of hot laps. The 250 pulled away easily till the entry of the bowl and tipped in effortlessly; the front tyre connecting bitumen and brain while providing enough feedback as I gently released the brake and dialled in the throttle.

Unlike the smaller Gixxer, the 250’s power-band allowed me to shift into fourth just before the entry of the final left-hander on to the straight. Before the end of the pit-wall, my motorcycle was already hitting the limiter in sixth gear. I remember seeing 160 km/h-plus on the console before dropping anchor for the first corner. 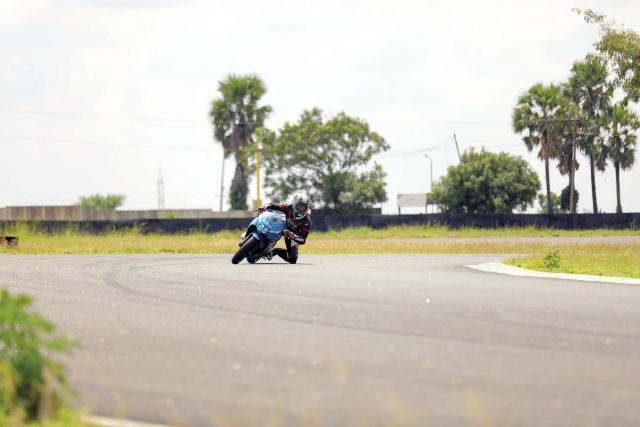 Overall, the 250 race machine is a phenomenal improvement on the current Gixxer SF racer. It pulls harder, turns quicker, and sheds speed like a charm.

The motorcycle inspired so much confidence that I found my rhythm quickly and settled into it with little room for distraction. In due course, the chequered flag was waved and the race came to an end. The adrenaline ebbed away and I was suddenly aware that I was tired and generating a lot of body heat. That experience certainly increased the respect I had for racers who compete in the arduous Suzuka 8 Hours endurance race and the like. 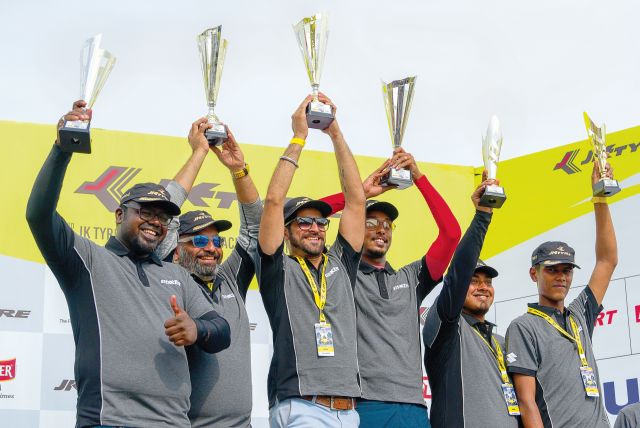 In a while, the results were announced and we discovered that we had earned ourselves a respectable third-place finish; quite close to the second-placed team. Who knows, perhaps, with better planning we could have fought for second, too, but that’s experience under my belt now and I will probably put it to good use the next time (hopefully).

The news on the track is that the 250s will be raced in a separate class next year. That should be fun to watch. If you have a little more time on your hands, check out our experience from the previous year’s endurance race with the 150s.