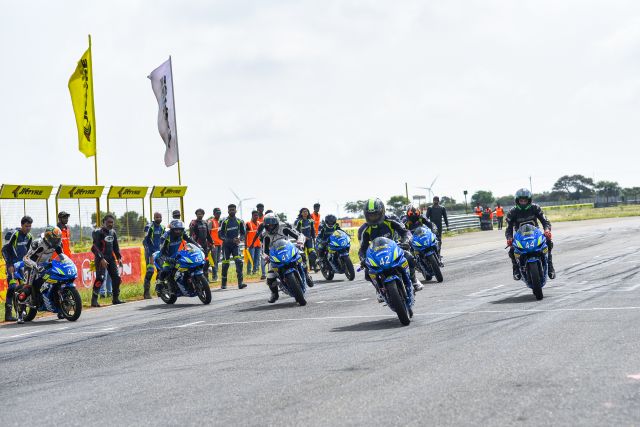 We had to do as many laps as possible around a racetrack within 60 minutes on a Suzuki Gixxer Cup race bike. What better way to start a Sunday?

For most race weekends over the past season, I have been at the Kari Motor Speedway (KMS) in Coimbatore, usually to cover the Suzuki Gixxer Cup races. As the racers whizzed around the shotgun-shaped track astride their shiny, blue motorcycles, I have wished to be in their shoes… er… boots and unleash the race-spec Gixxer SF on the KMS. My wish did come true when Suzuki invited us to take part in a media race. The best part was that I got an opportunity to experience a format of racing I had never tried before: endurance racing.

Endurance racing is conducted at the global level under the aegis of the Fédération Internationale de Motocyclisme Endurance World Championship; usually held for eight, 12 or 24 hours. However, our race was only 60 minutes long. For a bunch of people whose idea of “endurance” was tackling a flight of stairs, that seemed fair enough. 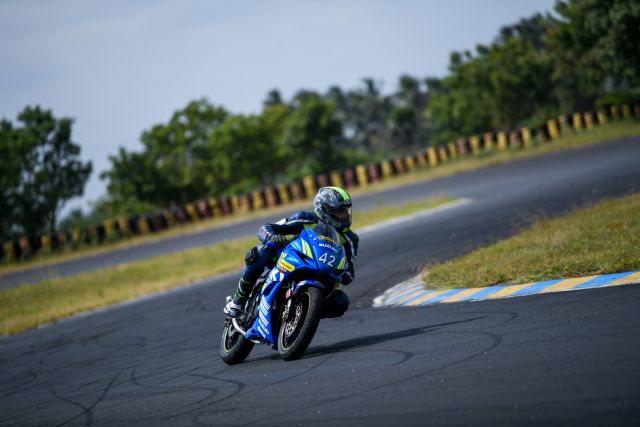 The practice session was spent figuring out the motorcycle. Unlike the road-going Gixxer SF, the race machine was lighter, had low-set clip-on handlebars, rear-set foot-pegs, and had a few tweaks done to the engine and suspension — all of these contributing to optimizing the motorcycle for the racetrack. Now the motorcycle makes slightly more power than the 14.8 PS produced by its street avatar. All these changes make it an enjoyable track machine.

The format of the race was almost identical to the one used for endurance races at the international level, with special allowances made for us non-racer folk. Later that day, we drew lots to select team-mates. My team-mate and I were allotted the number “42”. Yes, we were sporting MotoGP rider Alex Rins’s racing number on a Suzuki; what are the odds…

We were informed that our position for the race start would be decided based on the average of the fastest time set by both team-mates during qualifying. Having secured a fifth-place start, our next challenge was the race-start procedure. The motorcycles were lined up along the right-hand side of the track with one team-mate holding the bike up, while the other (in this case, me) had to stand behind the white line on the left-hand side of the track opposite their corresponding motorcycles. As soon as the lights went off, I ran to the bike, jumped on it, started it and raced away in second place. Being quick on your feet does have its advantages. 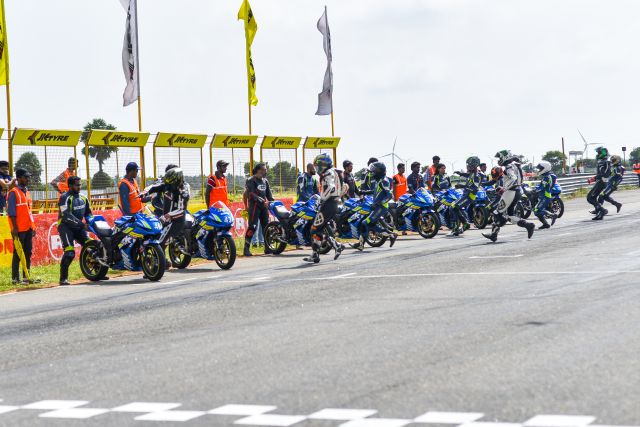 We had to race around the KMS for 60 minutes straight. The catch was that one rider could not spend more than 25 minutes in the saddle at a stretch. Prior to the race, my team-mate and I decided to split track-time equally between us and, sure enough, on my ninth lap, I saw the pit crew flashing our racing number, indicating that my first session was almost over. I entered the pit-lane, taking care to keep the speed below 40 km/h (which is the pit-lane speed limit) and dismounted in front of my team-mate, who quickly jumped on the motorcycle and rode off. While he was out on the track, I put the time I had to good use and rehydrated myself. After clocking his share of laps, my team-mate pulled into the pits and I zoomed off for my final session. Soon, the number 42 board was flashed from the pit wall for the last time. I rode in and handed over the bike to my team-mate who went out for the final session.

Although we took part in a diluted version of the original endurance race format, it was easy to note what set endurance racing apart from other races. The first thing that struck me was the sheer physical and mental strength needed to see the race through. At the end of the event, I had ridden for roughly 40 minutes on the track and it helped me appreciate the sheer tenacity and power of will that must accompany the professionals who do this at race pace lap after lap. Physical fitness was of paramount importance and it helped me clock consistent lap-times without tiring myself out. Furthermore, a clever strategy is just as crucial as setting quick and consistent lap-times. Letting the fastest rider in the team race the most is a sound plan. In fact, when the results were announced, we realized that we could have finished two places higher if we had done two rider switches instead of three. 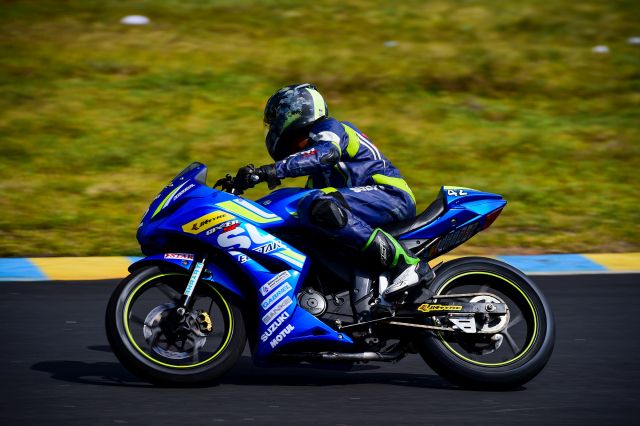 Endurance racing is a test of strength — both for the rider and the machine. While the rider’s skill and consistency are highlighted, the machine’s capability to perform under taxing conditions also becomes evident. We hope Indian manufacturers also show an interest in this form of racing and contribute to giving it a permanent place in our country’s motor sport calendar.