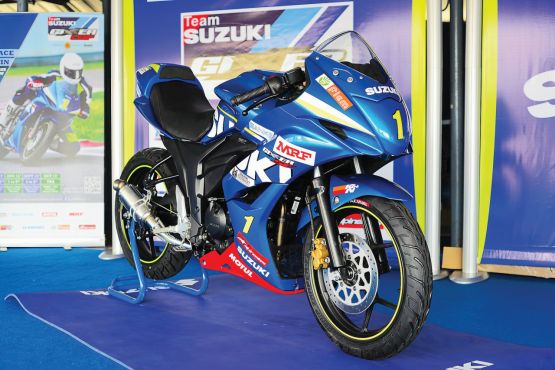 The 800-metre-long main straight at Kari ends with a sharp right-hander and requires hard braking before entering the turn since you arrive at a high speed. I was being cautious in this section for the first couple of laps since the race bike has stock brakes that don’t have a strong bite. However, by the third lap I had started braking past the 50-metre marker. The extra soft-compound tyres ensure that the bike never lacks traction and the sharp handling and agility of the motorcycle give you the confidence to throw it into corners. 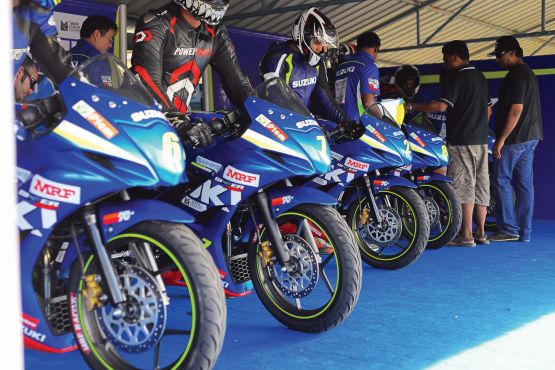 The bike carries good speed through the corner due to its strong mid-range performance but I would like to have the foot-pegs set higher up to keep the levers from scraping the ground at full lean. After the tight turns two and three, I accelerated straight through turns four and five before braking for the sharp left-hander. The bike sliced through the corner with precision and I could easily flick it on to the other side for the right-hander that exits on the back straight. I was impressed by the front-end feel yet again after I rode in too hot and braked hard for the tight left-right chicane at the end of the back straight. The bike went in and out without any fuss and I was accelerating once again on the sweeping curve before the final three corners. Once on the main straight, I tucked in behind the fairing and accelerated down the main straight to test the top speed. More power, reduced weight and taller gearing of the bike have given it a higher top speed in each gear and in spite of a little headwind it hit a speedometer indicated 115 km/h. That translates into a true speed of 133.4 km/h since the speedo was under-reading by 16 per cent and I am sure it can go even faster in better wind conditions.