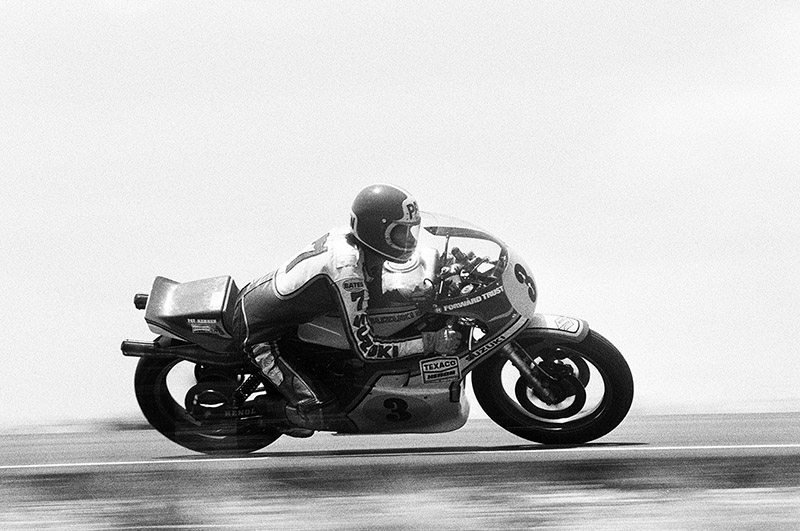 It is rare to see an accident victim mentally recover fully from a serious crash however, some extraordinary men and women do comeback with a bang

I am sure that many of you reading this might have had a bad or serious crash at least once in your life. I have had my fair share of crashes while riding a bike and some of them scare me even today. I was lucky enough that these crashes were never life threatening. However, motorcycle racers have far worse crashes while they are racing. These extraordinary people are some of the bravest I have seen till date. They enter each race with a clear goal just win the bloody race. They do think about going down while pursuing the podium and many of them do crash but their priorities are always to win the race not to think about the crash.

These things separate them from the normal people. Racers take enormous risks where bones are broken, ligaments are torn and sometimes there are life-altering injuries as well. But do these racers ever give up? Well, most of them do not. For example, Barry Sheene, one of the greatest motorcycle racers ever to have walked this planet had a terrible crash at the 1975 Daytona 200, during practice. He was shooting for a documentary at the time when the camera captured a bit of the crash. His rear wheel locked up while coming out of a corner at 175 mph or 280 km/h. What happened next is anybody’s guess but he survived the crash and was back in the saddle pretty soon. 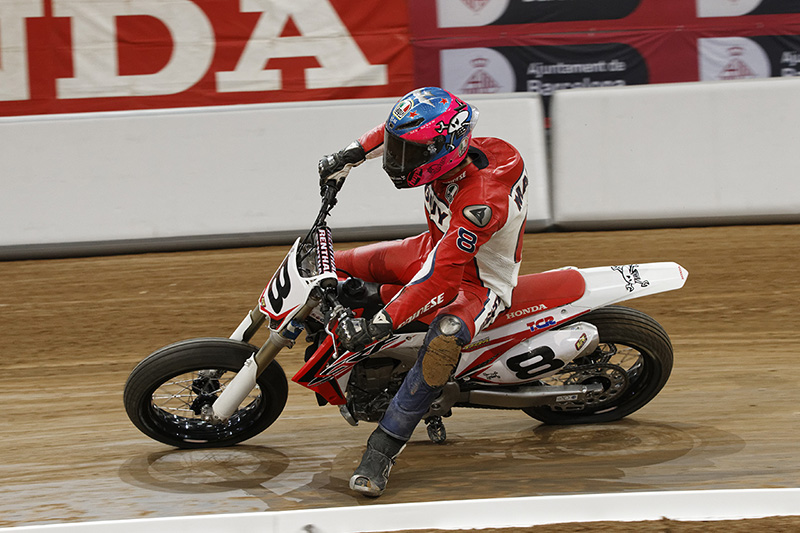 Guy Martin at the Superprestigio de Dirt Track, Barcelona, in 2014

Guy Martin, the maverick Isle of Man Tourist Trophy veteran has had numerous crashes on the mountain course with the worse being when his bike hit a ledge and went up in flames. He walked away from that crashed with a few injuries however; his determination was shattered at all, as he competed in the following year’s event and a few more races before that. 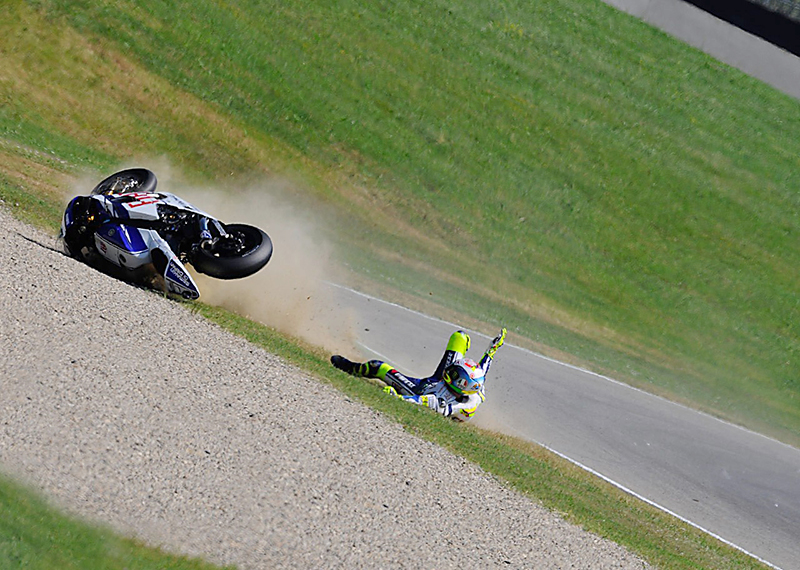 Our very own editor, Aspi Bhathena, severed his little finger after a crash at the TT. However, he picked up the bike and was riding again. Modern day racers are no exceptions to crashing. Nine-time world champion Valentino Rossi have had a number of crashes and the one in 2010 was one of the worse crashes in the Italian’s career. He broke his foot however, after recovering, he was back in the saddle looking better than ever. Jorge Lorenzo had a bad crash a few years back however, after a quick surgery he got back to the track in time for the race, although he was not able to walk normally for days. Marc Márquez the defending champion this season has fallen a number of times including in yesterday’s race however, he was back giving interviews to the media after the race.

Racers today have the best of protection equipment, designed to save the rider from grave injury in case of a high-speed crash. Even with that level of protection, there is no guarantee that the riders won’t crash. However, their determination and will power is what brings them back to the track race after race, season after season. This quality, of not thinking about the crashing but to push harder after having one, is what makes these racers super-humans. Ordinary mortals like you and me would easily give up spirited riding after having a serious crash and that is what makes us just an ordinary person. But I am sure that there are many ordinary people, who have had bad crashes, but despite that they have kept riding. I salute all such human beings who have survived a terrible crash, which did not dampen their enthusiasm. Until next time, Ride hard! 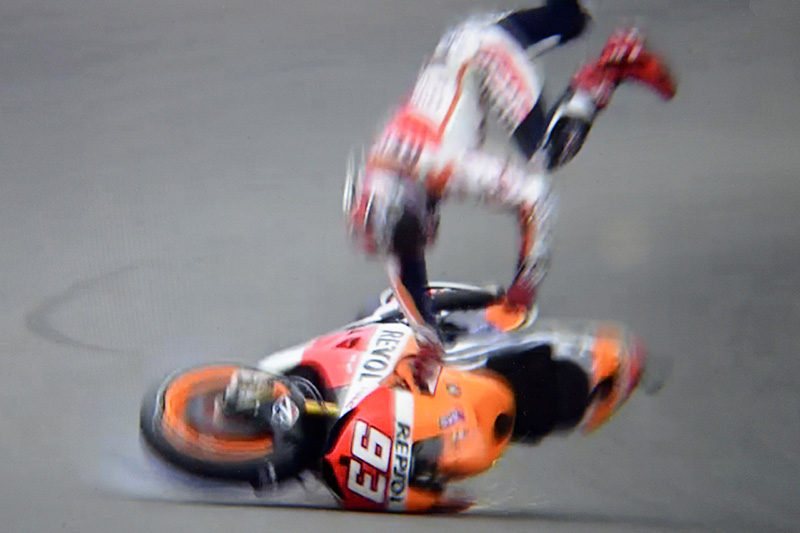