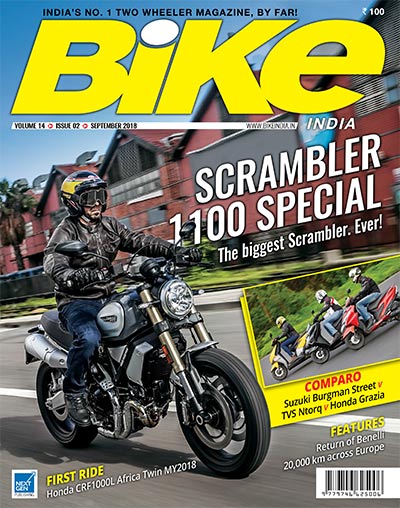 Moto rcycle riders, especially those who care about their safety, are up in arms against the new helmet rule promulgated by the Union Ministry of Road Transport and Highways which makes the storage and sale of non-ISI helmets illegal. Yes, we do need to put a stop to roadside sale of helmets but not the high-end ones such as Arai, AGV, and other reputed brands. As a matter of fact, I have seen roadside helmets being sold with ISI marks on them. How then does one tell the genuine ISI mark from a fake one?

The Indian helmet manufacturers’ lobby may want this rule but let us be honest to ourselves: are the local manufacturers capable of making helmets that will meet international standards? The answer is a big NO. You cannot stop the sale of good-quality helmets that surpass the ISI standards.

Next month I am going to ride the most awaited 650 twins from Royal Enfield in California, USA . If Royal Enfield get the bike right, it will mean a major success for them. The 650-cc twin is just about the right combination motorcycle for Indian conditions; it won’t be very heavy and bulky and, at the same time, it will have enough performance with good manoeuvrability. My very first motorcycle was the Triumph Bonneville 650-cc twin, producing 47 PS , and it was just perfect for India. I do hope Royal Enfield get this one right.