We get our hands on the FT 411 and experience flat-tracking first-hand under the guidance of pro flat-track racer, Johnny Lewis, at the first-ever Royal Enfield Slide School.

Amidst all the partying and celebration at Rider Mania 2019, one thing stood out like an honest man in the Parliament. Royal Enfield had revealed the flat track-prepped Himalayan, called the FT 411, and also announced that a flat-track school was in the offing some time in 2020. Suddenly, I could not wait for 2019 to end.

The roots of flat-track racing can be traced back to the United States of America in the 1900s. The racing happens on a flat, oval circuit for a certain number of laps and it certainly sounds like child’s play but in reality is far from it. The flat-track daredevils come hurtling down the straight and then slide their motorcycles into the corner with their handlebars locked in the opposite direction and left foot dragging on the ground as they force the rear wheel to break traction and drift the motorcycle around the corner. Oh! And all this without a front brake. Not so easy now, eh? 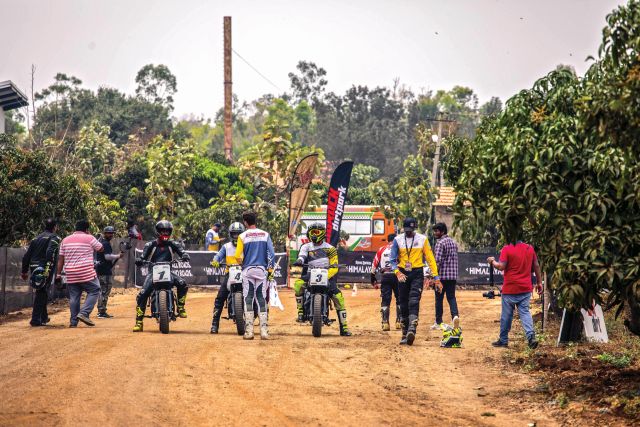 When the time came, I was packed off to Kolar to take part in the first-ever Royal Enfield Slide School which was being conducted at BigRock Dirtpark. Prior to letting us journos on the track, Royal Enfield announced that the flat track would be a permanent fixture on the BigRock grounds and that the Slide School would be open to novice and experienced riders alike. They also announced that they were looking to grow this sport in India from the root level and make it accessible to the masses. For your money, you get a three-hour coaching session, breakfast and Royal Enfield will also take care of your riding gear requirements. The cost: Rs 1,500 to train with your own motorcycle and it goes up to Rs 2,500 to ride the FT 411. If that is not a smashing deal, then I don’t know what is. 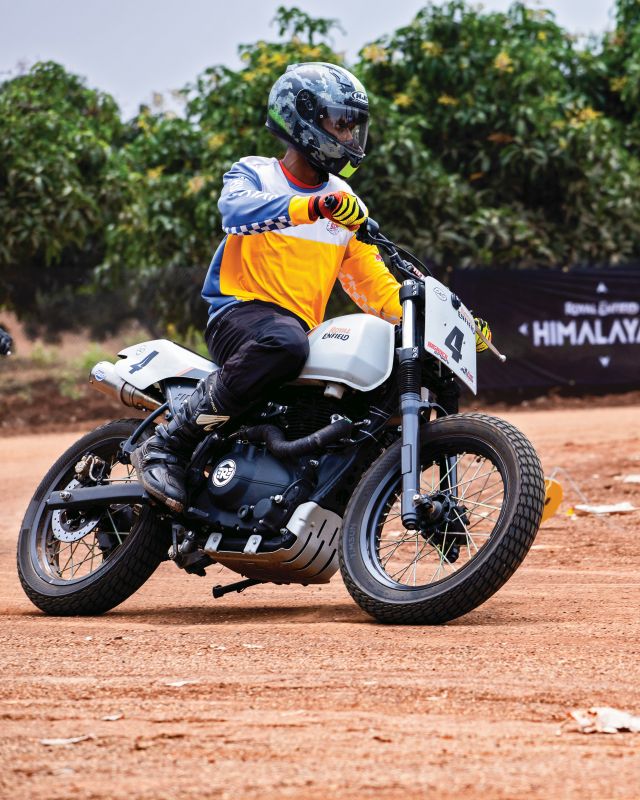 Professional American flat-track and supermoto racer, Johnny Lewis, was our coach for the day. Back in the States, Lewis runs his own flat-track school, called Moto Anatomy; so, he was no stranger to going fast sideways and teaching others how to do it. Before saddling up on to the 411s, Lewis walked us around the track, pointing out the lines and explaining how the track changes each time it is ridden on because reading the track is an essential skill in flat-track racing.

Post this theory session, we mounted the FT 411s and went about practising the drills set by Lewis. The flat-track body position and the lack of a front brake made most of us tread carefully for the first few laps. Once I was over that initial hesitation, I found myself enjoying this sideways sport. As I leveraged the motorcycle to make it break traction and slide, I was exposed to a variety of inputs from the tyres. Of course, there were times when the motorcycle threatened to wash out from under me or throw me over the bars (and it did get the better of me once) but enough pressure on the left foot and smooth throttle roll-on made sure that I was able to pick it back up and slide my way out of trouble. This short experience was an eye-opener. It taught me a few invaluable lessons in reading the available traction and how to save myself from a crash if things go sideways in a hurry. 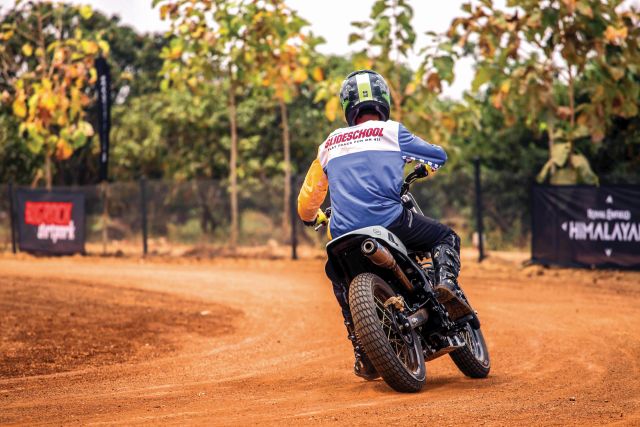 Who should do it? Well, everyone who wants to improve their riding — whether a regular everyday rider or a top-level racer. Riding flat-track helps you to tune your senses to react and respond when your motorcycle breaks traction and it is a fine tool to have on the road as well during slippery situations. As for top-level racers, “King” Kenny Roberts ruled the roost across the pond in this format before he made the move to the premier class and went on to win three 500 world championships with his unique riding style; especially at a time when race motorcycles were ruthless beasts untamed by electronics.

Even after experiencing flat-track riding and watching Lewis slide his way around corners with the elegance of a ballet dancer, I was most happy that yet another Indian manufacturer had taken the initiative to bring motor sport to India and make it accessible to the masses. For that alone, Royal Enfield deserve kudos. They also announced that more Slide Schools would be set up across the country and confirmed their sponsorship in the American Flat Track. Hopefully, with enough participation from the Indian crowd, we could see Royal Enfield significantly contributing to the flat-track racing scene here as well. 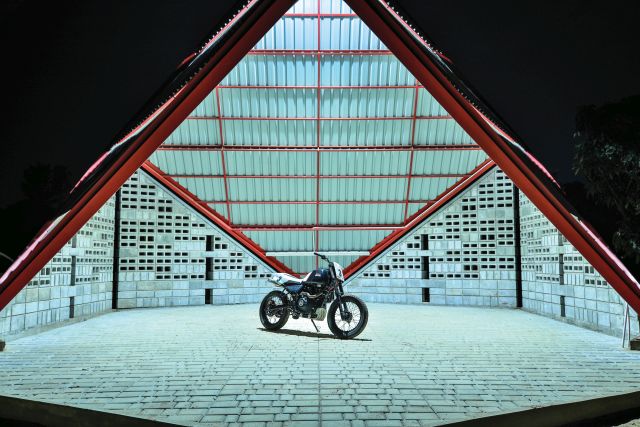 There! A manufacturer has stepped in with a custom-built motorcycle, a flat-track facility, and coaching at an affordable price. The rest is in your hands, my dear enthusiasts. We hope you make the most of this opportunity.