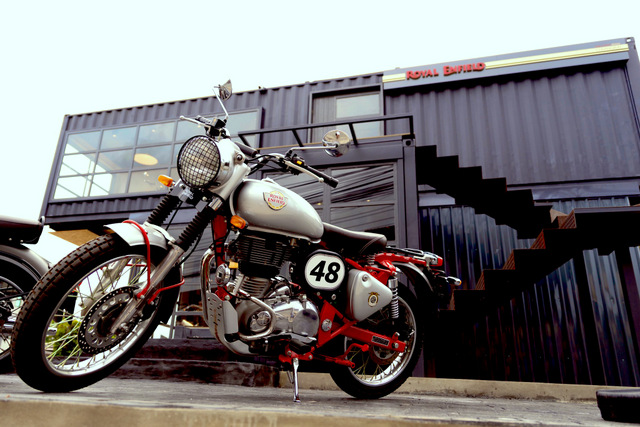 It seems Royal Enfield is continuing to innovate with dealership moves across the world, the latest of which is a portable container dealership that the brand has erected in the Chiang Rai region of Thailand.

This new two-level dealership is fully functional and features the brand’s range of motorcycles, gear, and accessories for customers to browse through. Using shipping containers as commercial outlets isn’t a concept that is completely unheard of, but you don’t expect to see a fully-fledged dealership be built around these large metal transportation boxes. According to Vimal Sumbly, Head Business Markets – APAC Region, Royal Enfield, who tweeted out pictures of this new dealership, the store is properly portable and can be taken apart and put together elsewhere if needed. 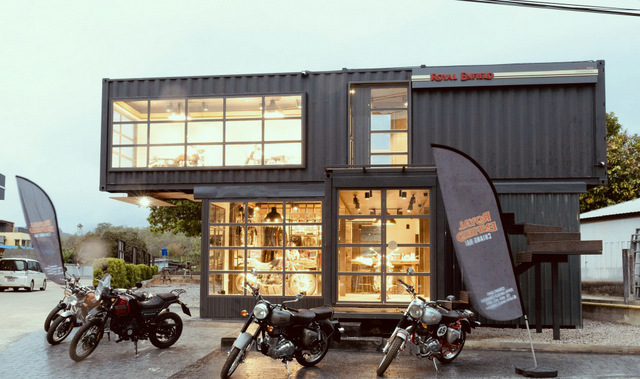 The keen-eyed among you will have also spotted a Royal Enfield 350 Trial Works Replica parked outside this portable container dealership. Interesting to see that the model that was phased out in India is still on sale in Thailand. Maybe the Thai crowd is more receptive to an off-road tweaked RE Classic than the RE fans back home were because it is fair to say that the Trails Works Replica model line didn’t cause the slightest dent in the Indian market before it was put to pasture a scant year or so after being launched.

This isn’t the first time in the last month that Royal Enfield have taken an innovative route to catch the average punter’s eye. They also recently began home delivering Interceptor 650s dressed up in 1:1 scale-model style boxes in Latvia.

RE are certainly living up to their fun and laid-back image with innovative moves like this, and we would love to see some pioneering moves and novel approaches such as these made closer to home as well. 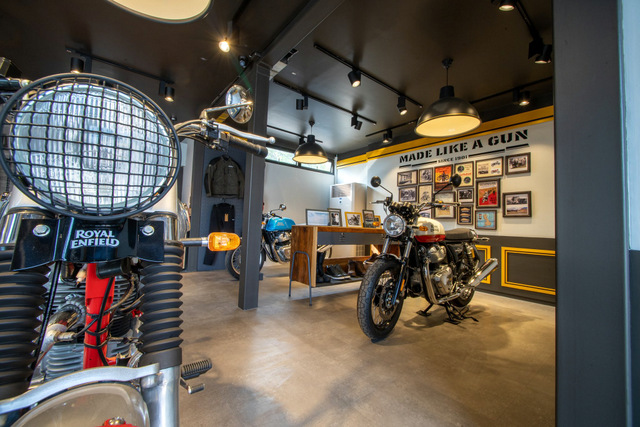 The 14 store now opens up for customers in Chiang Rai, it’s part of the Golden Triangle region bordering Laos and Myanmar (Burma) Thailand.