The unique Royal Enfield Bullet Trials Works Replica will no longer be part of the manufacturer’s line-up. 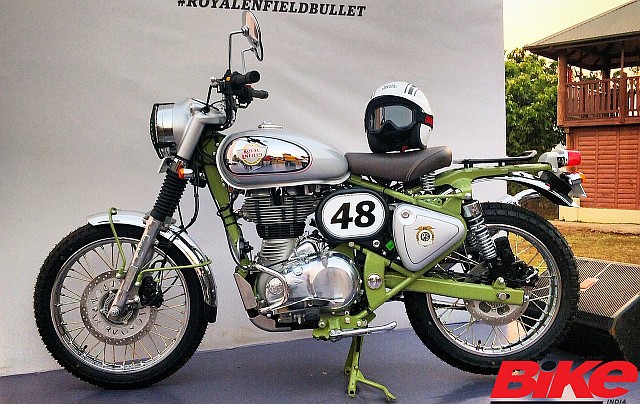 Literally just a year and a few days, that is how long the Royal Enfield Bullet Trials Works Replica fared in the Indian market. While Royal Enfield had previously announced that it would be axing all its 500-cc models, it was considered that the 350-cc Trials model would make it through. Confirmation from the manufacturer now says otherwise.

The Royal Enfield Bullet Trials Works Replica was always an oddball to begin with because, unlike true trials motorcycles, they were just modified versions of their siblings from the Classic range. Perhaps, gauging the market’s lack of interest and the imminent BS6 norms, the Indian thumper brand have decided to discontinue the Trials Works Replica motorcycles.

Royal Enfield do have a few cards in hand, one of which is the new Meteor. We would love to see the manufacturer capitalize on their success in the trials format and maybe introduce a purpose-built trials motorcycle further down the line.