So you’ve waited endlessly for the new Royal Enfield Himalayan. Guess what? Now we not only know what it rides like but we also know how much it costs… 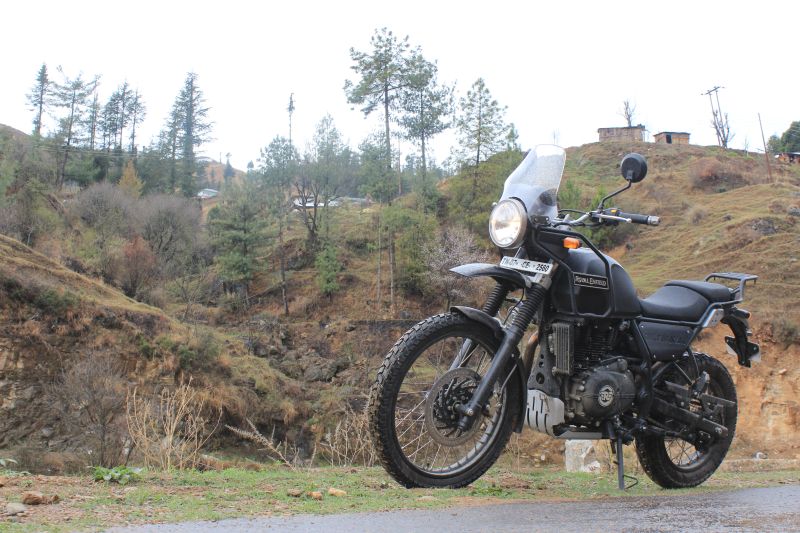 Royal Enfield have launched the much awaited and frequently talked about all-new Himalayan at a super competitive Rs 1, 55, 545, ex-showroom, which works out to Rs 1,78,872, on-road. Both prices being for Mumbai. The Himalayan has been developed by the iconic Indian motorcycle manufacturer from scratch with not even a bolt being shared with any of the other products in the Royal Enfield portfolio. The Himalayan will be available in two colours – Granite (black) and Snow (white).

(Five Things You Ought to Know About the Himalayan)

The Himalayan also becomes the first Royal Enfield motorcycle to feature a monoshock rear suspension with linkage. With its high ground clearance of 220 mm, yet relatively low saddle height of 800 mm make it easy to ride in all kinds of conditions while remaining comfortable for riders of all heights.

“What excites me about our new motorcycle, is that it fundamentally builds on Royal Enfield’s core philosophy of balancing aspiration with access. It allows both seasoned riders as well as enthusiasts to do more with just one motorcycle. The Himalayan serves the purpose of a seasoned rider and at the same time opens the roads (pun not intended) to many more people who will get the confidence that they can ride on and off the road less travelled, going beyond their day-to-day commuting needs,” said Siddhartha Lal, CEO and MD, Eicher Motors Limited, the parent company that owns Royal Enfield.

Below is the city-wise pricing of the new Royal Enfield Himalayan: