We embarked on the Coastal Trail on a Himalayan Sleet fitted with the Explorer Kit. In addition to a two-year warranty, what else does the kit offer? We find out 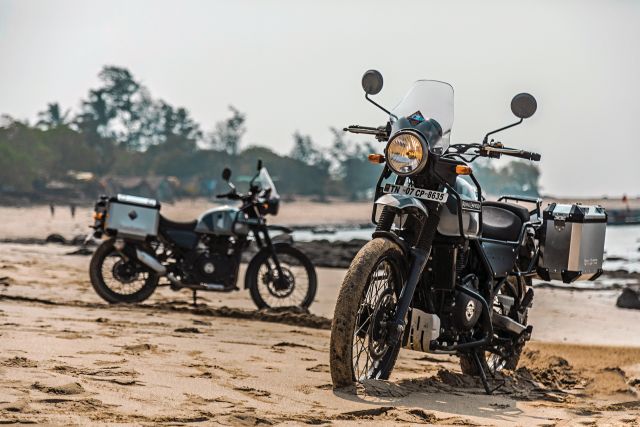 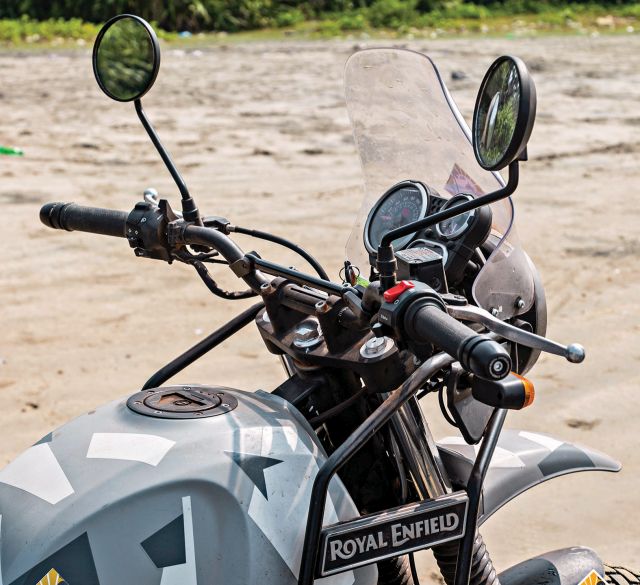 Slightly flatter and wider than the standard model, this handlebar is made of aluminium. It contributes to a 20 per cent weight reduction (claimed) and also features a brace for added strength. On road, it was easier to coax the Himalayan into quick direction changes and the handlebar also offered a more relaxed rider triangle. Off road, I found the riding position quite natural while standing up on the foot-pegs. However, shorter riders may have to bend down a little to reach the handlebar while riding off-road.

At either end of the bar are machined bar-end weights. Thanks to laser-etched branding and good workmanship, they look and feel premium. More importantly, they keep resonant vibrations at bay. If you are considering getting them, have some money handy for the braced aluminium handlebar as well because they are not compatible with the regular handlebar. 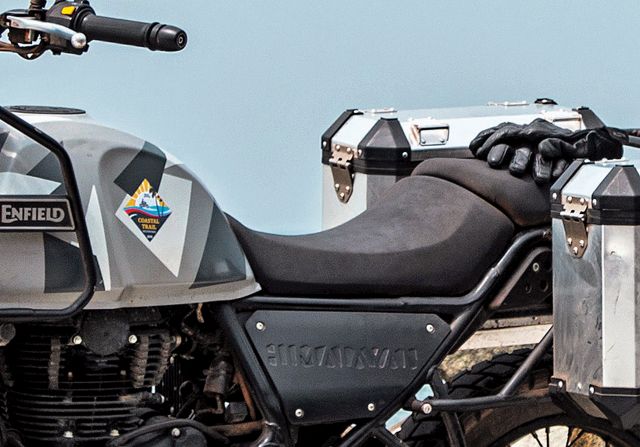 The touring seat is a must-have for Himalayan owners who are fond of long-distance touring. The cushioning of this seat is spot on and offers a comfortable perch even if you are riding over rough terrain for long distances. I also rode a Himalayan with the regular seat and the difference was noticeable after being in the saddle for a while. 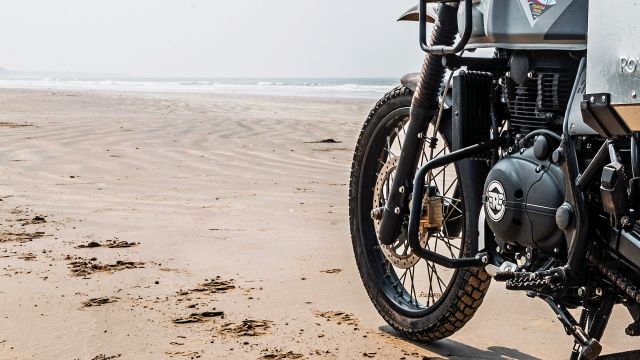 A piece of kit worth investing in to protect you against the worst while you are on a ride. Made with a 22-mm steel tube and protected against corrosion with two coatings, this guard will minimize damage to your motorcycle and will prevent your legs from getting trapped in the event of a fall. With ample ground clearance and good workmanship, it neither hampers your ride nor looks out of place on your Himalayan. 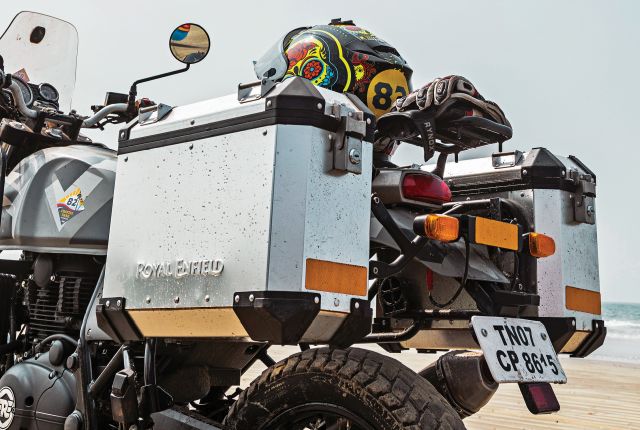 Panniers are useful storage spaces on long-distance rides and even for the daily commute. On the Coastal Trail, the 26-litre panniers served as a perfect space for small luggage. The lid latches on securely, has mounts for tying additional luggage on top, and can even be locked. Another notable detail is the presence of a steel rope that holds the lid open. After much abuse over four days of riding on both rough roads and off-road sections, neither the pannier nor its contents had suffered any damage. Surprisingly, there were no rattles or squeaks of any kind. If I had to describe them in one word, I would say, ‘robust’.

Due credit should also go to the mounting kit: a powder-coated, rugged, support structure made of 18-mm mild steel pipes that fits neatly on to the Himalayan’s frame. It holds the panniers perfectly without any clearances that may cause vibrations later.