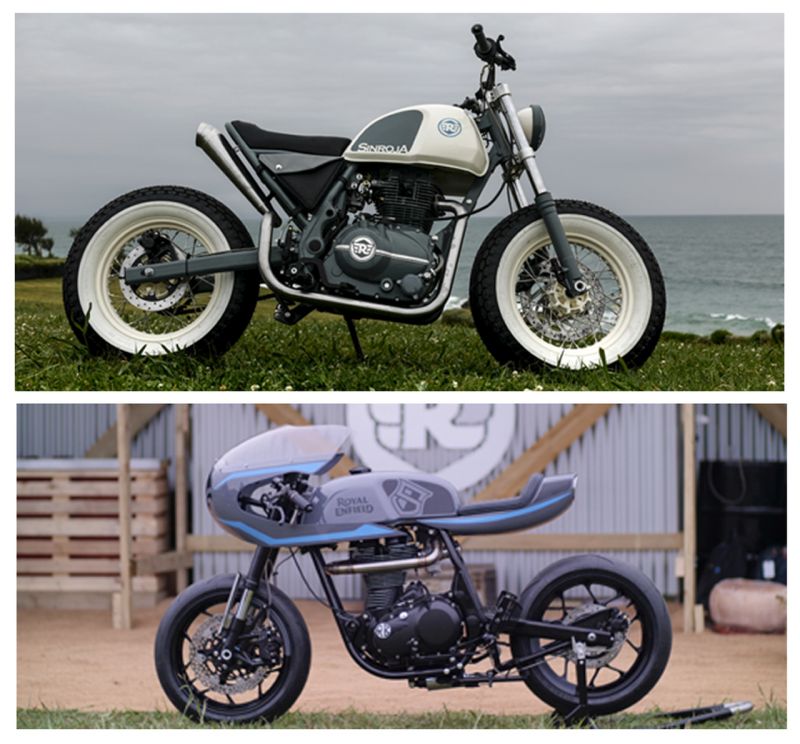 Royal Enfield motorcycles turned a lot of heads at the ‘Wheels and Waves’ festival with two custom builds of their popular Continental GT and Himalayan models called the Surf Racer and the Gentleman Brat respectively. The Indian motorcycle manufacturer took part in the iconic European motorcycle festival that combines the freedom of motorcycles and surfing. This year it was held in Biarritz, France from 14-18 June.

Participating in the event for the third time, Royal Enfield in association with Sinroja Motorcycles from Leicester, UK unveiled heavily modified versions of the Continental GT and the Himalayan.

The Surf Racer was built around the Continental GT platform after stripping it down to its bare café racer essence. The 535-cc single had been modified with a higher lift cam, machined piston barrels, a new inlet manifold and a Dellorto carb conversion. A half-fairing adorned the motorcycle while it stood firmly on 17” performance rims, with a USD fork and an under-engine rear shock absorber. The artistic rendition of the graphics made it seem endearing to the eye. 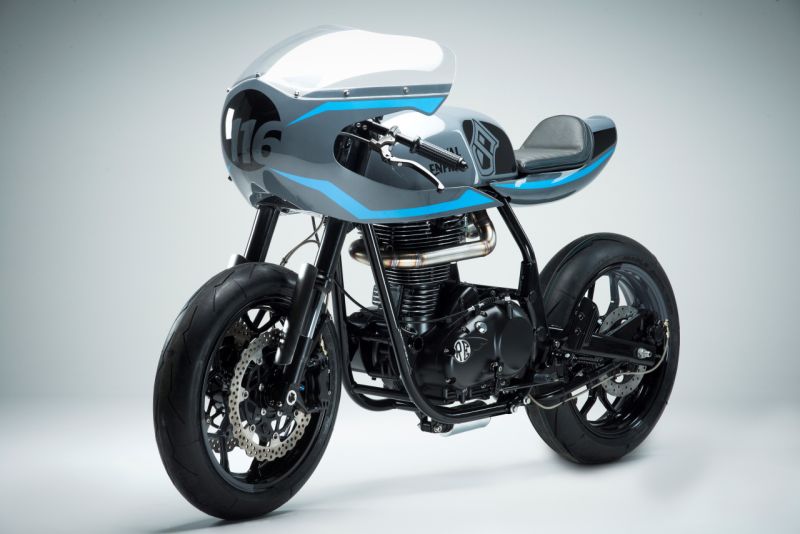 The Gentleman Brat was a tastefully modified, almost-unrecognisable take on the Himalayan. The 410-cc adventure motorcycle had been stripped down to bare essentials and planted on 16” rims with fat white-wall tyres. They claim that the suspension department had received a slight upgrade further improving the motorcycle’s capability where tarmac ends. 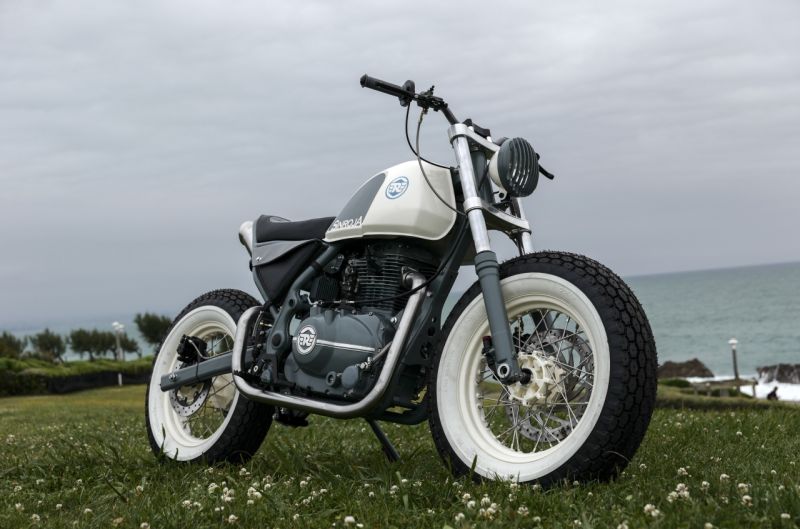