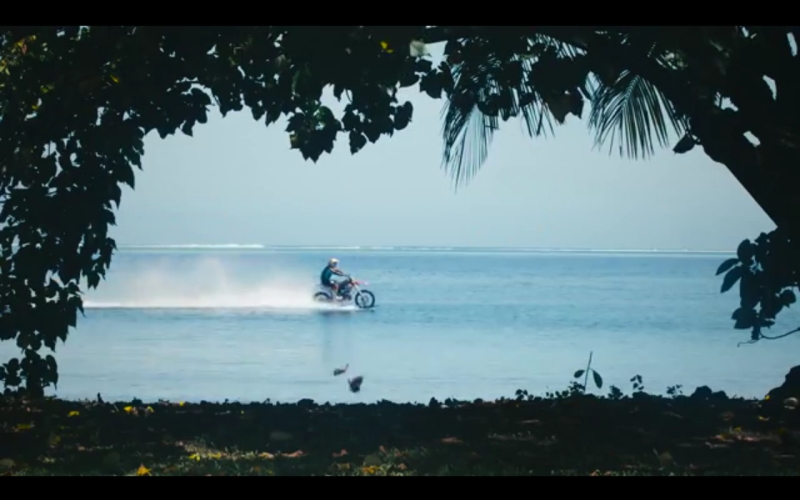 You may have witnessed quad-bikes roaring on the coast, but have you ever seen a dirt bike surfing on he massive waves of Tahiti? Yes, the seemingly impossible “Pipe Dream” has been successfully performed by Robbie “Maddo” Madison.

“When I spoke about my idea, I spoke with full confidence,” Maddison says, “I’m a sincere, calculated person. When I say I’m going to do something, I have always followed through. It was like people forgot. I felt like people were laughing at me behind my back . Even people close to me – friends, people who helped me in the beginning – thought I had lost my mind.”

After slightly modifying his KTM dirt bike, equipping it with what is essentially a set of water skis and a specially-designed paddle-tyre at the rear, he was ready to take on the surf. This crazy idea didn’t come to him overnight. It had been on his mind for years, ever since he’d seen quad bikes move over water. He knew that “with the right speed and the right skis on the bike, water has enough surface tension that [it] should [let me] ride on water.”

Watch history being made right here: