The Japanese manufacturers had displayed an interesting sports-tourer concept called the Honda CB4X at the EICMA 2019. 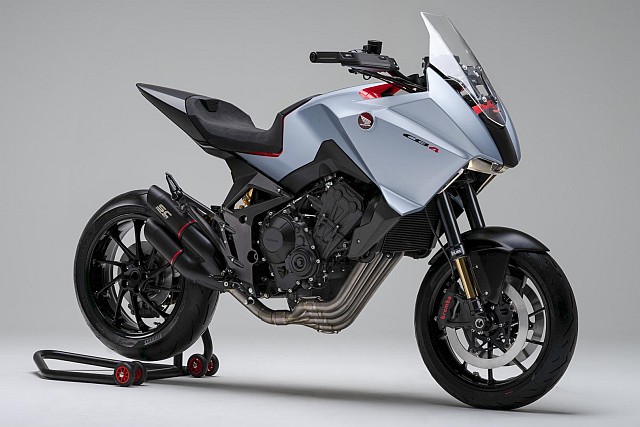 A patent has been filed in Europe by Honda and, as we can see from the leaked image, it appears to be for the Honda CB4X concept. The patent being filed for the model suggests that it will go into production soon. The Honda CB4X is a unique concept as it strays away from the manufacturer’s simplistic design language. 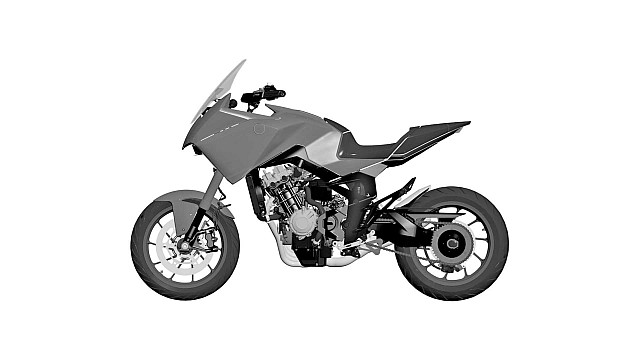 As the name suggests, the Honda CB4X is likely to be powered by a four-cylinder, 650-cc engine. The concept model appeared to be using the engine from the Honda CBR650R and CB650R. This is unique considering that not many sports-tourers use a four-cylinder engine. This is due to the fact that an in-line four-cylinder engine configuration is larger compared to a twin or triple-cylinder engine and usually used in the sporty fully-faired motorcycles as they rev higher. Sports-tourers are typically designed to be narrow and have a smooth power delivery at lower revs as they are mostly used for cruising. 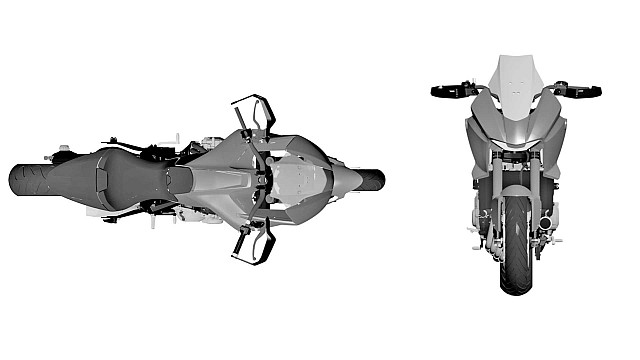 The concept bike makes use of 17-inch alloy wheels and Pirelli Rosso Corsa II road tyres, suggesting that the motorcycle will have better on-road capabilities than off-road. The design is futuristic and looks very similar to the design of the MV Agusta Turismo Veloce 800. The sharp lines and minimalistic bodywork of the Honda CB4X concept along with the aluminium subframe should also make it lightweight. The concept model was also shod with fancy upside-down Öhlins forks, radially-mounted Brembos and an SC Project exhaust system. But these cycle parts will most likely not make it to the production model. 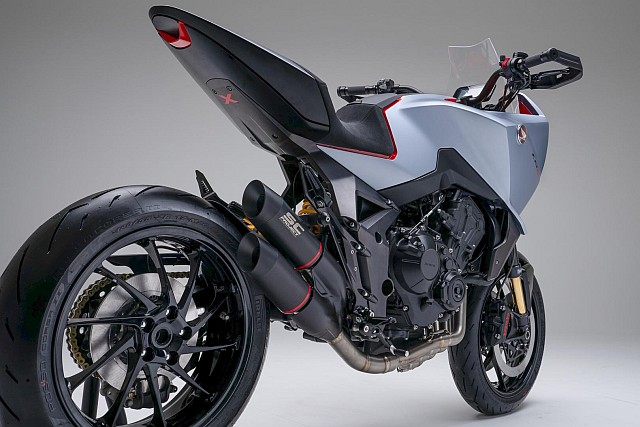 As we have seen currently, the 500-cc range from Honda consists of a fully-faired sports bike, a naked roadster, a cruiser and an adventure sports motorcycle which are reportedly are coming to India soon. They are now probably working to upgrade their 650-cc range. Recent reports also state that they will be reviving the CBR600RR for 2021.

When launched the Honda CB4X will go up against the likes of the MV Agusta Turismo Veloce 800, Yamaha Tracer 900, Kawasaki Versys 1000 and the Ducati Multistrada 950. We can hope to see it launch in India in the next two years via the Honda Big Wing dealerships, but before that, we are excited to see the 500-cc range hitting our shores soon.