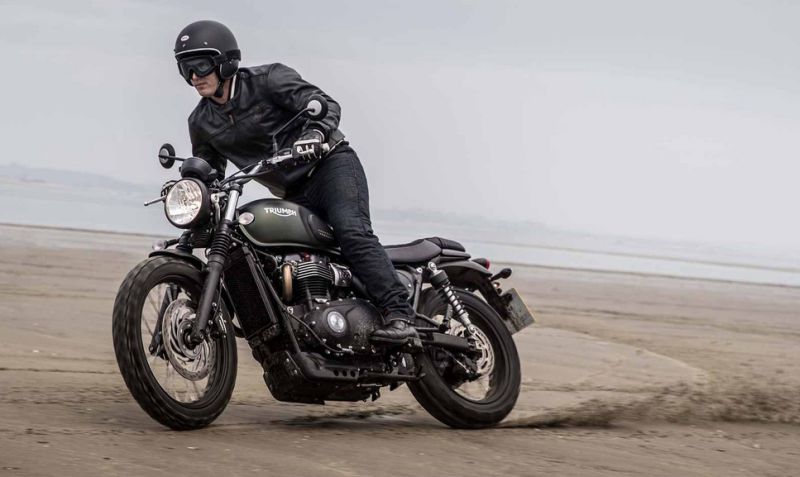 Yamaha Fazer 250 expected to launch on August 21 and Triumph Street Scrambler on August 24.

Next week is going to be one busy week for the two-wheeler industry as bigwigs gear up to launch two new motorcycles in India. Yamaha Motor India have announced that they will “unfold a brand new chapter in its journey in India” on August 21. The new bike could well be the Yamaha Fazer 250 – a full-faired version of the Yamaha FZ25 (Update: Yamaha Fazer 25 launched). Though the price and specs of the Fazer 250 will be announced on the day, we feel that it would cost close to Rs 1.3 lakh. The Fazer 250 is based on the FZ25 and will continue to be powered with a 249-cc single, producing 20.9 PS and 20 Nm of torque.

Later next week, on August 24, the Triumph Street Scrambler will be launched in India. The Scrambler will join Triumph’s modern classic range of motorcycles and will be based on the popular Street Twin model. Currently the classic Bonneville line consists of the Street Twin, Bonneville T100, T120 and Bobber, and the Thruxton R.

The design of the new bike is inspired by classic scrambler motorcycles, and has been designed to be a more capable off-road machine than its siblings. Keep this in mind it is taller than the conventional Street Twin thanks to the new long-travel rear suspension. Other visible changes include a distinct twin exhaust pipes, larger 19-inch front wheel, new saddle with detachable pillion seat, and wire-spoke wheels. Internationally, the bike comes with ride-by-wire, traction control and ABS, and hopefully these will make it to India as well.

The new version will retain the 900-cc liquid-cooled parallel-twin motor that churns out 55 PS and 80 Nm. The Scrambler will demand a premium of about Rs 1 lakh over the Street Twin and is expect to carry a sticker of close to Rs 8 lakh and will compete with the recently launched Ducati Scrambler Desert Sled. Triumph dealers are already accepting booking for the new Street Scrambler and deliveries are said to begin from September.