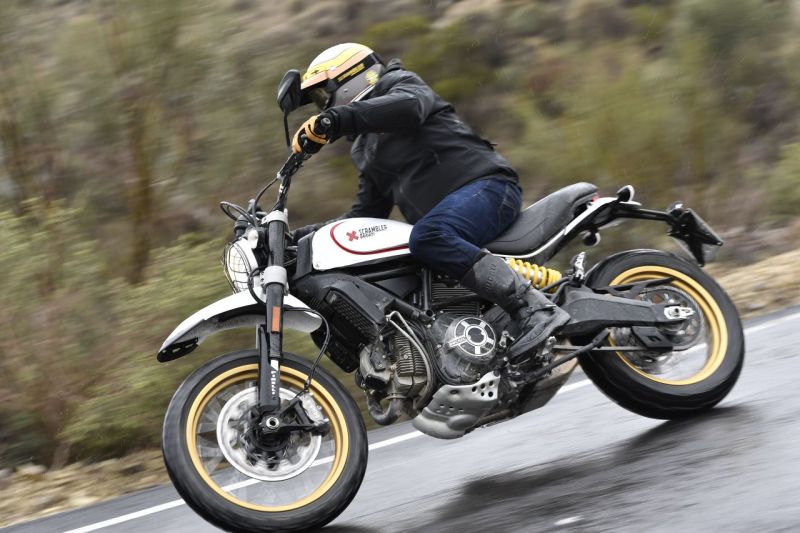 We explain what the new Ducati Scrambler Desert Sled is all about and our riding experience in eight simple points.

We got to ride the new Ducati Scrambler Desert Sled at Sierra Nevada desert, in Spain. The venue was a film set, Fort Bravo, with a typical cowboy movie setting. Here’s what we feel about the Desert Sled, after a riding capable off-road bike at the apt location. 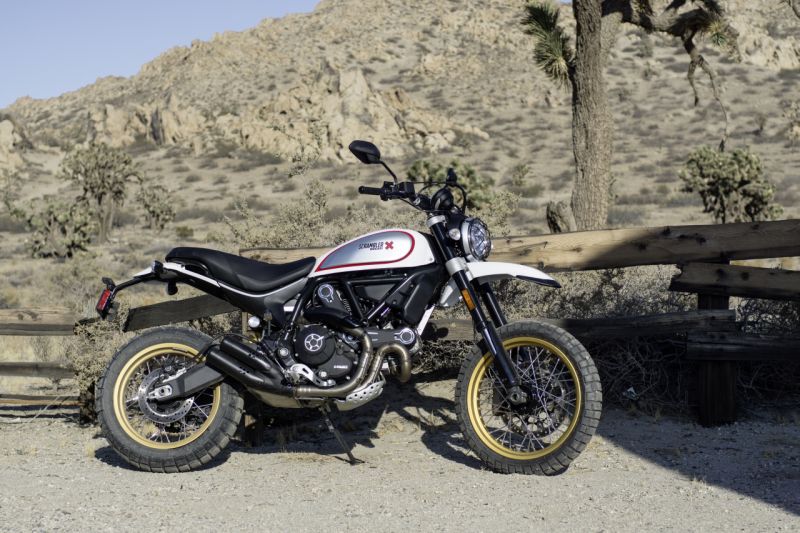 1. The retro-styled model is a big deal for Ducati, as every second bike they sell globally is a Scrambler. When launched in 2014, the bike was offered in six variants – all looked like old-school on- off-road bikes but none that could do serious road bashing. Last year the Bologna firm unveiled two new versions of the bike in Milan: the Café Racer and the Desert Sled. The latter being the most capable off-roader in the entire Scrambler line-up.

2. Up-close the Desert Sled looked beefed-up and attractive with a tall saddle height of 860 mm. The long seat narrows down towards the fuel tank so that shorter riders can also get their feet on the ground. However, we might get a lower 840-mm seat option. Its taller stance can be ascribed to its new suspension setup with travel increased from 150 mm to 200 mm. It also gets a new motocross-style handlebar and aluminium belly-pan for protection while off-roading. 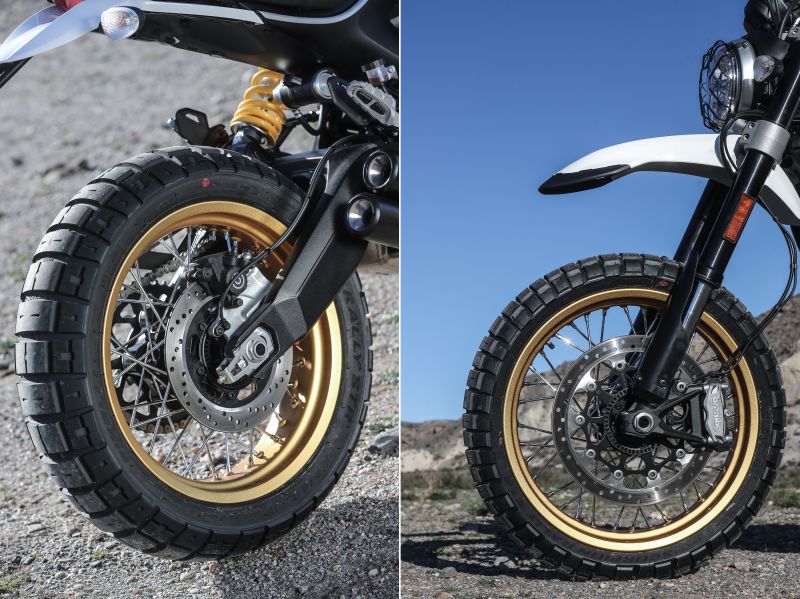 3. The 41-mm forks have been replaced by beefy 46-mm Kayaba upside-down front forks. These are adjustable for preload, rebound and compression. Even the rear Kayaba shock is new with an aluminium spring and has 50 mm more travel than before.

4. The suspension is firmer and soaks up the undulations far better than the other Scrambler models. Ruts, ditches and even rocky surface, not once did the suspension bottom out. Obviously, at 191 kg it’s not as light or nimble as a fully fledged enduro. While manoeuvring it over sand the extra weight can be felt, which it has gained due to the off-road kit. On a series of hairpin bends, the Scrambler takes the turns confidently, without being sloppy. 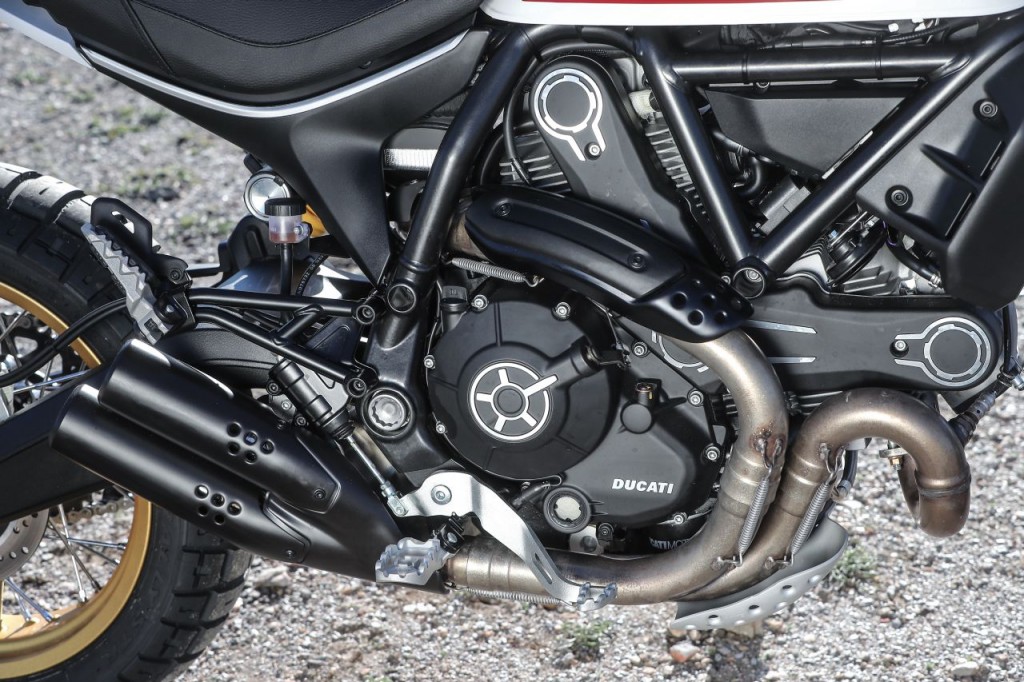 6. To ensure serious off-road ability, Ducati had to make some big changes on the chassis. They’ve strengthen vital joints so that they can take the extra battering and even stretched the swingarm.

7. The Ducati Scrambler Desert Sled gets fab looking golden rims on spokes, 19-inch in front and 17-inch on the rear. They come shod dual-purpose Pirelli Scorpion Rally STR rubber. They tyres works well on wet tarmac and offered decent grip even on loose gravel but it’s not apt for washed-out muddy roads. 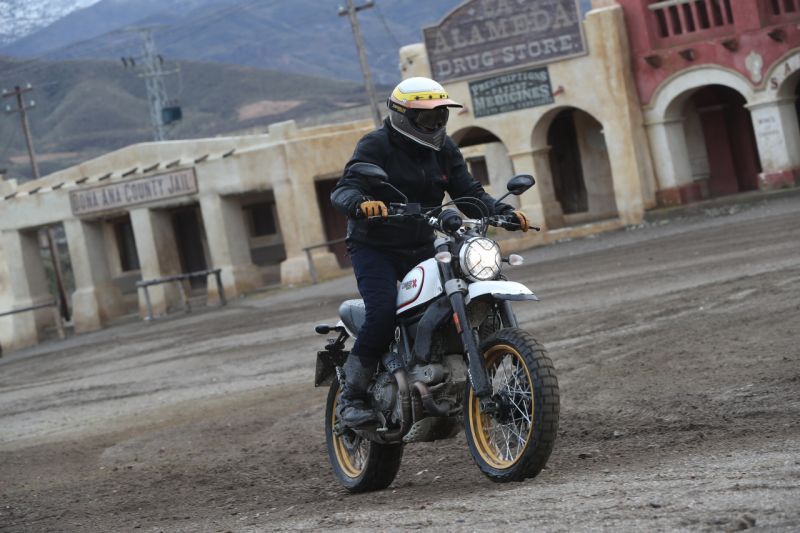 8. This Scrambler can do some decent bu#t-kicking off-road and has been launched in India. Since it’s loaded with all the extra off-road kit, it has been priced over the current range of Scramblers (which cost between Rs 7.23-8.48 lakh ex-showroom). The Desert Sled is offered in two options the ‘Red Dusk’ which costs Rs 9.32 lakh and ‘White Mirage’ which is priced at Rs 9.45 lakh (ex-showroom).