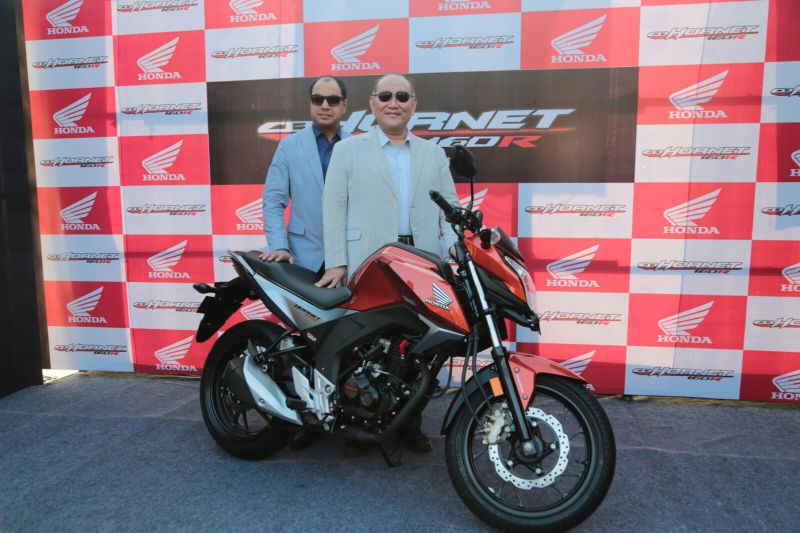 Honda Motorcycle & Scooter India (HMSI) Ltd have introduced their latest challenger in the 160-cc street-bike segment, the CB Hornet 160R. The CB Hornet replaces the CB Trigger as their sportier offering, with the upgrade bringing in more power and torque than its 150-cc predecessor.

The new fairing and muscular tank cowls point to a street-muscle heritage, not unfamiliar with the name ‘Hornet’. The original Hornets, of course, employed four-cylinder engines that did sound a lot like a swarm of angry hornets; a sound that the CBR 650F delivers even today higher up the rev range. Employing the 162.71-cc single-cylinder air-cooled motor also seen in the CB Unicorn 160, the CB Hornet 160R gets a more potent version to go with its muscular looks, making a peak power of 15.88 PS at 8,500 RPM and 14.76 Nm of peak torque at 6,500 RPM.

The CB Hornet 160R will be available in two variants, standard and CBS, the latter employing front and rear disc brakes with Honda’s Combined Braking System (CBS), which actuates the front and rear brake in tandem to deliver more stable braking action when emergency braking is required.

The CB Hornet 160R starts from Rs 79,900 for the standard model, and the top-of-the-line CBS at Rs 84,400, both ex-showroom, Delhi. The primary targets in the Hornet’s cross-hairs are the Suzuki Gixxer and the Yamaha FZ-S.

Stay tuned for our first ride review coming up soon, with a road test to follow in a forthcoming issue of Bike India magazine. 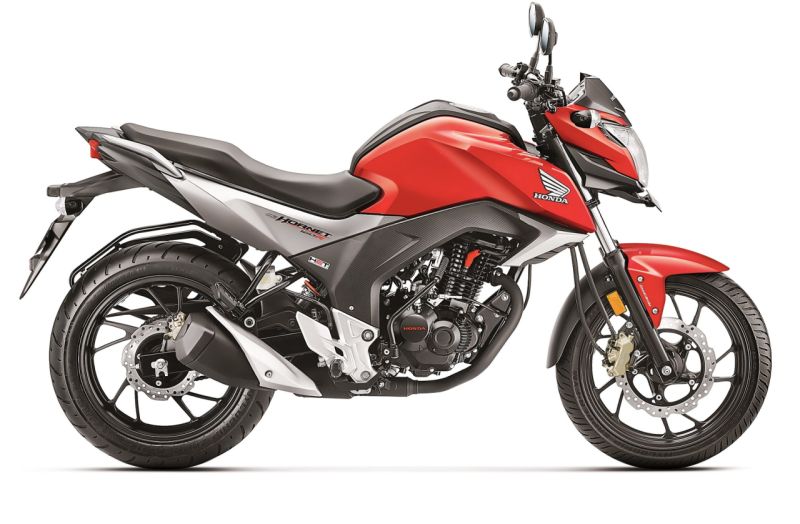