Benelli Imperiale 400 is here in time for the festive season, offered with a three-years unlimited-kilometre warranty and two-years service as standard. 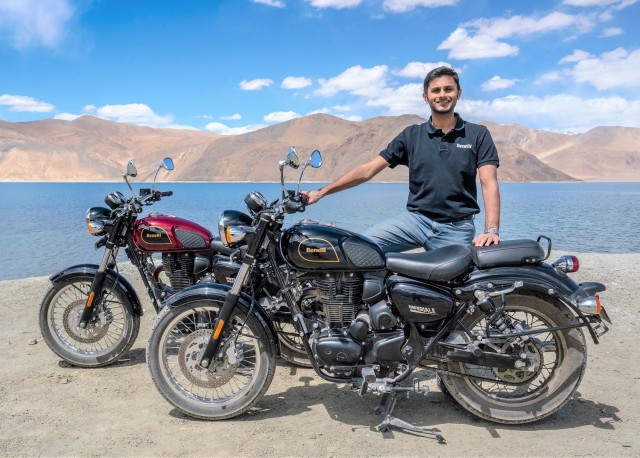 The Benelli Imperiale 400 was first unveiled at EICMA 2017 where it drew quite a bit of attention, and finally, the neo-retro cruiser has come to our shore in time for the festive season. A lot of the components for the new Benelli Imperiale 400 are being sourced locally in India, which make the bike more cost-effective for the company. The current offerings from Benelli come in as completely-knocked-down (CKD) kits, manufactured in Benelli’s QJ factory in Wenling, China and then assembled in Benelli’s Indian partner, Adishwar Auto Ride India (AARI)–Mahavir Group’s assembly line, in Telangana. The Benelli Imperiale 400 competes with the popular Royal Enfield Classic 350 and has been priced well at Rs 1.69 lakh (ex-showroom).

The Benelli Imperiale 400 that was unveiled in EICMA had a Euro 4 compliant motor and though we were hoping the India-spec model would be BS VI-ready, which isn’t the case. The Indian Benelli Imperiale 400 continues to be powered by a BS IV 373.5-cc, air-cooled, SOHC, fuel-injected, single-cylinder engine which produces 21 PS at 5,500 rpm and 29 Nm of peak torque at 4,500 rpm mated to a five-speed gearbox. Moreover, the engine is housed in a double-cradle chassis, with a 41-mm telescopic fork at the front and twin shock-absorbers at the rear. Additionally, the bike will have dual disc brakes, a 300-mm unit at the front and a 240-mm unit at the rear. Keeping the new motor vehicle safety regulations in mind, Benelli will offer dual-channel ABS as standard. The Benelli Imperiale 400 has a 12-litre fuel tank. The spoked rims have different diameters: 19-inch in front and 18-inch at the rear, respectively mounting 110/90 and 130/80 section tubed tyres. 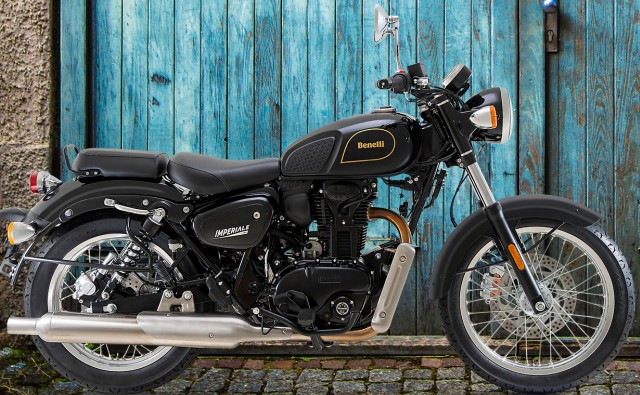