Yamaha Factory Racing MotoGP team have announced a sponsorship deal with the Monster Energy for the 2013 and 2014 seasons. Valentino Rossi and Jorge Lorenzo who are a part of the Yamaha Factory team will now sport the Monster Energy branding on their leathers as well as their motorcycles while satellite team Yamaha Tech3 will also continue to be sponsored by the same under their existing deal. Both Rossi and Lorenzo will also be personally sponsored by Monster Energy. Current MotoGP world champion Jorge Lorenzo has been bought out of his contract with rival drinks manufacturer ‘Rockstar’ in a deal amounting to over a million Euros a year to make way for Monster Energy.

Speaking at a press conference, Lin Jarvis, MD, Yamaha Motor Racing said, “We are very happy to be able to announce the start of a new chapter in the Yamaha – Monster Energy partnership. Monster Energy is already a major partner to Yamaha’s top global sports activities in many domestic and international racing activities around the world in Motocross, Supercross, Endurance and Superbike disciplines. They have also been the title sponsor of the Monster Energy Tech 3 Yamaha team for the past 4 years. The expansion to include the Yamaha Factory Racing MotoGP Team is a logical and prestigious expansion of the program.”

With the return of Valentino Rossi to Yamaha Racing, the 2013 season is eagerly awaited by enthusiasts all over the world. 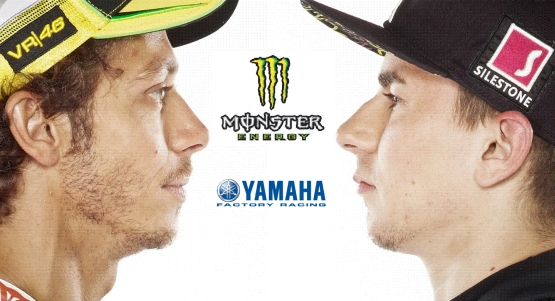