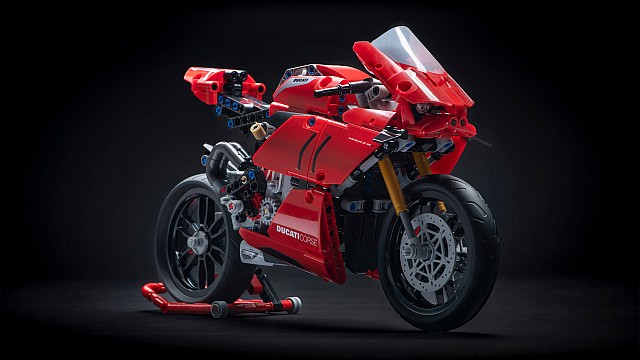 LEGO Technic sets are more advanced than normal LEGO sets. They have a variety of parts apart from building blocks and components that work mechanically to make the set as realistic as possible. The latest addition to the range of LEGO Technic sets is one of the fastest production motorcycles in the world – the Ducati Panigale V4 R.

This set consists of 646 pieces and, when built, measures 32 cm in length, 16 cm in height and 8 cm in width. The construction of this set gives the bike a working front and rear suspension. The V4 engine is also replicated and what is a first of its kind feature is the two-speed gearbox. A tiny paddock stand is also included to give the showpiece a better stance.

Other small parts and features such as the front and rear disc brakes, stand, exhaust pipe, windscreen and dashboard are the details that make it almost identical to the real motorcycle. And of course, the bike will be sold in the Ducati Red colour scheme with Ducati decals for the tank and side fairing panels. 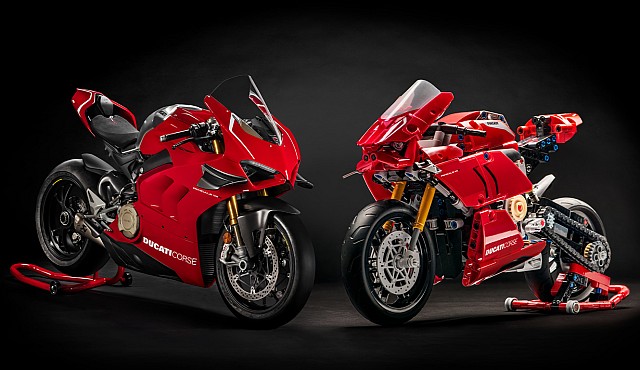 “We have all been children fond of LEGO bricks and I think it is easy to understand that this new licensing agreement between Ducati and the LEGO Group is like a dream come true. Two excellences that share the same values of dedication, passion and attention to detail come together to give life to a unique experience”, said Alessandro Cicognani, Ducati Licensing Director. “Our hope is that the Ducati Panigale V4 R LEGO Technic can bring together, excite and entertain children and parents, but also all the fans who ride their motorbikes every day.”

The Ducati V4 R is the most powerful offering from Ducati where the 998-cc Desmosedici Stradale V4 engine makes 221 hp at 15,250 rpm and a peak torque of 112 Nm at 11,500 rpm. The LEGO Technic Ducati V4 R set will be available at Ducati dealerships, in the Ducati Online Shop, in LEGO Stores, in the LEGO Online Store and in LEGO Brand Retail Stores from 1 June priced at €59.99 (Rs 4,969).