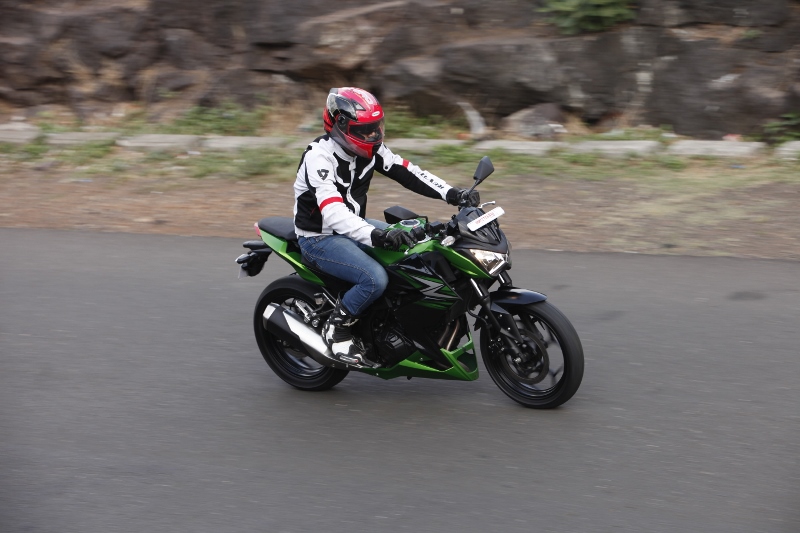 The Z250 is powered by a refined liquid-cooled and fuel-injected 249-cc parallel twin with eight valves and DOHC, and transmission is via a slick shifting six-speed ‘box. While essentially the drivetrain is the same as in the Ninja 250, the ratio of the third and fourth is different in the Z250. Also, the output is slightly lowered with the engine now putting out a peak 31.5 PS and 21 Nm. That said, the kerb weight of the Z250 at 168 kg is four kilos lower than the Ninja’s kerb weight of 172 kg. So, overall the feel of the two motorcycles is not a chalk versus cheese kind of difference. For a quarter-litre bike, there’s plenty of performance. Wring the throttle hard and you are rewarded with brisk acceleration and quite a howl from that parallel twin engine. There’s plenty of grunt at the top of the rev range but there seems to be a lack of bottom end and mid-range. You will find yourself downshifting on several occasions to regain lost momentum after slowing down or when you need to get going to overtake the truck or bus ahead of you. Thankfully, the sweet nature of the gearbox means that shifting through the ‘box – up or down – isn’t a chore that it may be on a bike with a less well-crafted gearbox. Personally, I don’t think that the Z250 would be ideal for touring, given its nature; however, it can cruise quite comfortable at 110-120 km/h. This is important since a vast majority of Indian enthusiast motorcyclists end up touring our ample countryside. 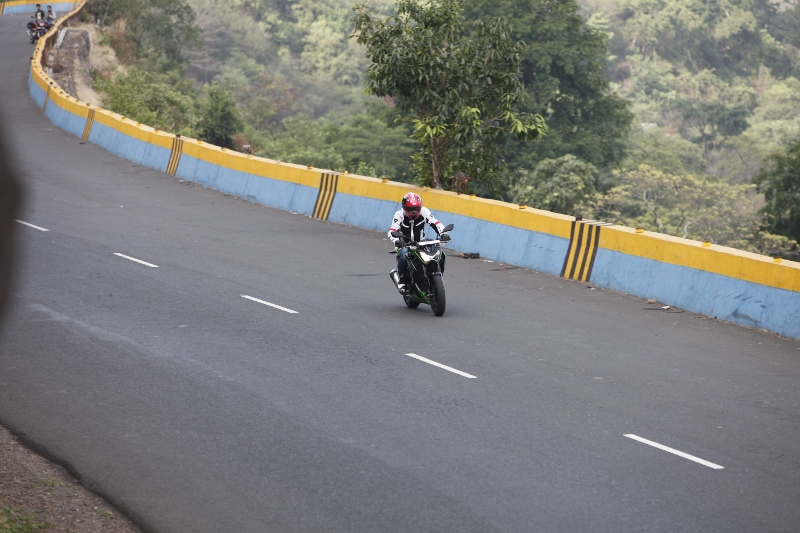