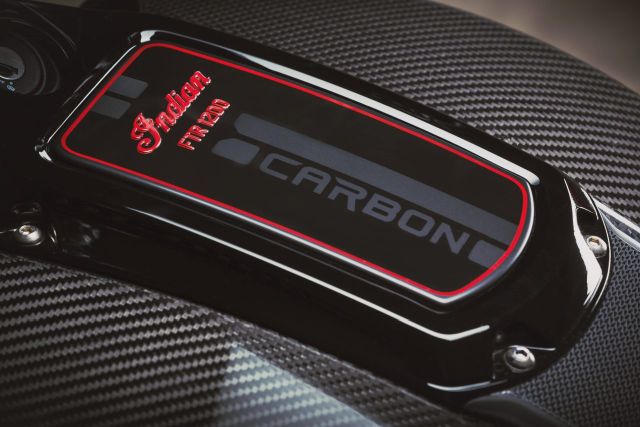 The American cruiser manufacturer has just revealed the Indian FTR Carbon, a carbon-fibre-wrapped version of their brutish muscle bike.

While carbon fibre usage in the automotive space is primarily to lower the weight of performance machines on the cutting edge of technology, one can’t deny the aesthetic appeal of the shiny black and grey composite, and the excitement motorheads feel at the sight of its characteristic interlocking weave. Indian are taking advantage of our desire for this expensive, space-age material with their latest creation, the new Indian FTR Carbon. 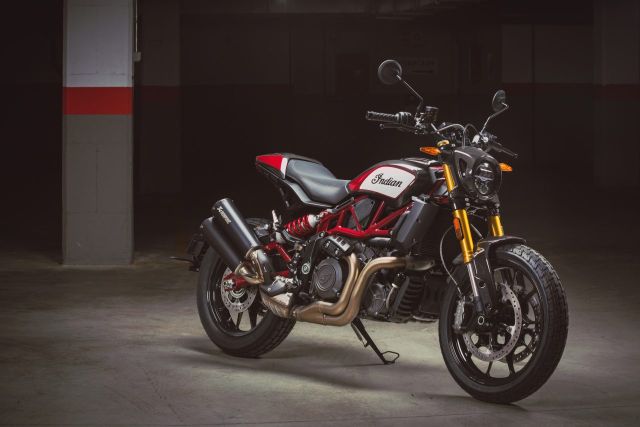 The 2020 Indian FTR Carbon is mechanically identical to the FTR 1200 S we rode last year (you can read that review here), but with a whole lot of carbon fibre bling. Oddly enough, all this carbon fibre hasn’t resulted in any weight loss, and the fully-fuelled FTR Carbon weighs in at the same 235 kilograms as the FTR 1200 S. Clearly the application here is purely aesthetic and it does work well; there’s no denying that the Indian FTR Carbon is an extremely attractive motorcycle. 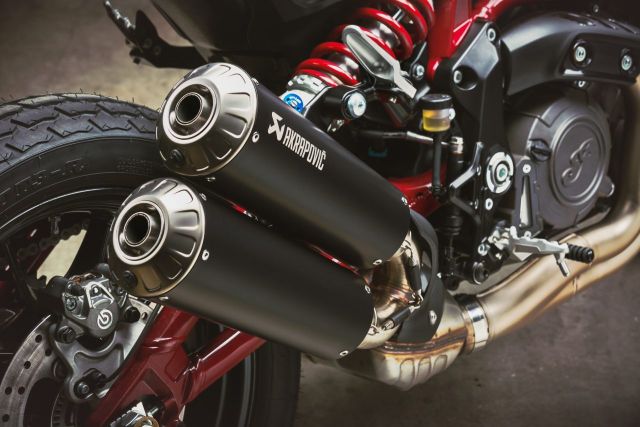 Carbon fibre components on the Indian FTR Carbon include the top of the faux fuel tank (actually the airbox cover), front fender, headlight housing and pillion seat cowl. It gets the same Akrapovič exhaust as on the FTR 1200 S, although now the end cans are coloured black, while that rorty 1,203-cc V-twin makes an unchanged 120 hp and 120 Nm of twist. Features like the full-colour touchscreen, Bluetooth connectivity, lean-sensitive rider aids, cruise control and a USB port have also been carried over from the FTR 1200 S. 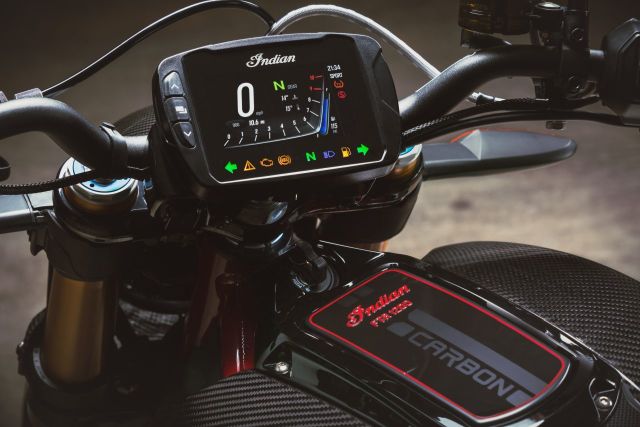 In the US, the Indian FTR Carbon costs $2000 (Rs 1.51 lakh) more than the FTR 1200 S on which it is based. The fact that it is already listed on the brand’s India website is a clear sign that we can expect to receive word of an official launch soon.