We finally get our hands on the Honda Hornet 2.0. This new naked streetfighter was launched in August 2020 and will bring the fight to the sub-200-cc segment in India. 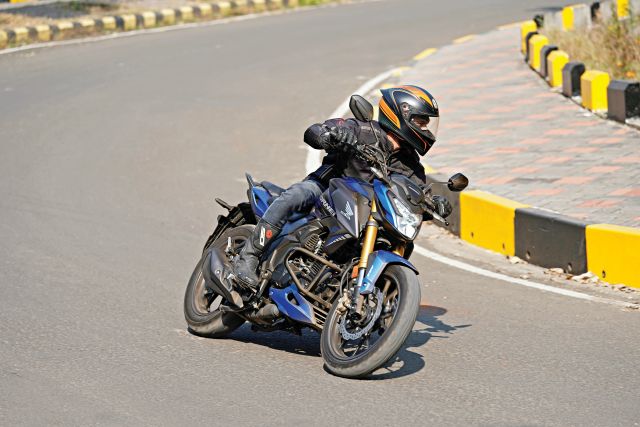 Over the years, there have been a few models from Honda’s legendary “CB” series which bear the “Hornet” tag. In India, we received the CB Hornet 160R in 2015. The model was slightly upgraded in 2018 and, just before the launch of the Hornet 2.0, discontinued from Honda’s line-up. It seems that the new Honda Hornet 2.0 takes its inspiration from the CB 190R which is sold in international markets with the design and styling more reminiscent of the Hornet CB 160R. Let us take a look at what has gone into this brand-new sub-200-cc motorcycle and how it fares against its closest competitors. 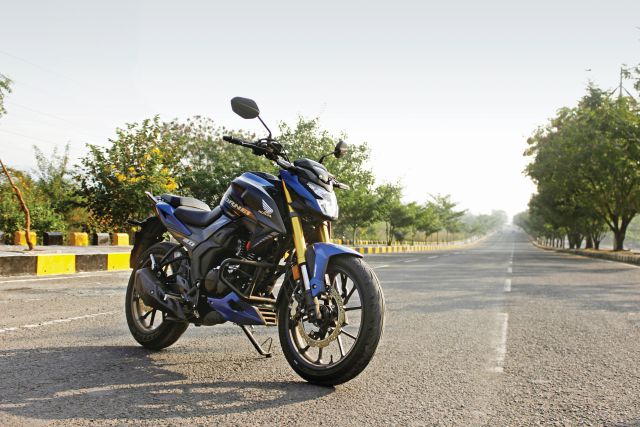 At first glance, the Honda Hornet 2.0 is a really good-looking naked streetfighter with many modern styling elements. At the front, the bike gets a sleek headlight unit and golden USD forks, making it stand out from many of its competitors in this segment. The tank is almost similar to the Hornet CB 160R’s with upgraded tank extensions and a new underbelly cowl to give it a more aggressive stance. The tank gets a rugged black plastic accent which also incorporates the ignition key slot. The engine, frame, and exhaust are blacked-out to go well with the dual-tone colour scheme. The signature X-shaped tail-light from the Hornet CB 160R has also been retained for this model and, to keep up with the sporty standard of motorcycles, it gets a split seat set-up. The bike is available in four stunning colour options with Hornet 2.0 branding, of which we received the Matte Marvel Blue Metallic for this review. Recently, the manufacturer has also added a Repsol Honda variant of the motorcycle sporting MotoGP livery. 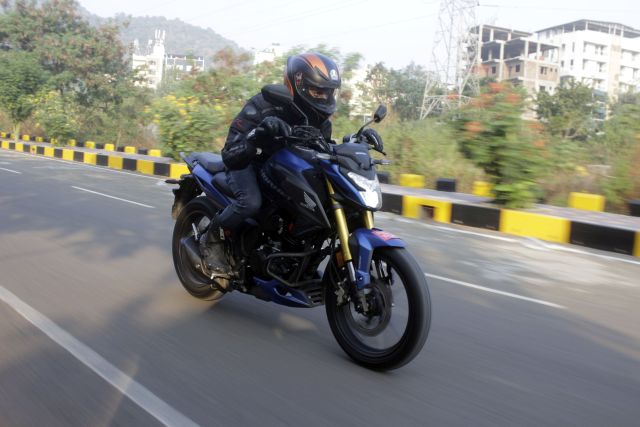 When it comes to ergonomics, the Hornet 2.0 places the rider upright with a slight lean towards the handlebar. There is enough ground clearance and the foot-pegs are set slightly towards the rear, which many riders would appreciate. Upon getting astride the Hornet 2.0, the very first thing I noticed was that the handlebar is a narrow unit; this took some riding around to get used to but, once getting familiar with it, it is not something that bothered me as much. The switchgear has been well laid out and the bike makes use of an engine start/stop switch as well as a hazard light switch, features that were not available in the previous Hornet CB 160R. Then we have a simple fully digital LCD meter with five-level illumination control to make sure a rider can adjust it according to the time of the day they are riding. Apart from a speedometer and tachometer, this meter also provides a rider with a gear position indicator, battery voltmeter, and a “service due” indicator. 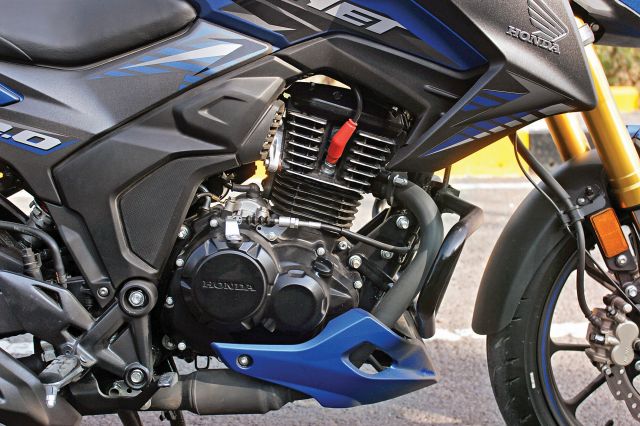 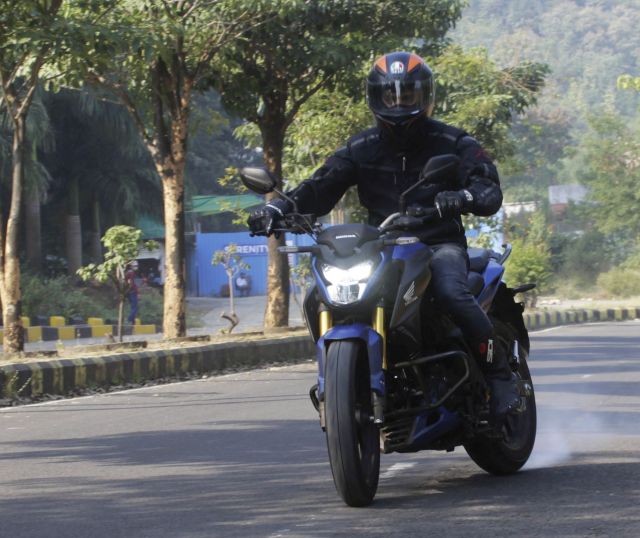 This engine is smooth with linear power delivery and while twisting the throttle to hit the red-line, I noticed a slight increase in pick-up somewhere after the 5,800-rpm mark. On a long and open stretch of road that I encountered, I was able to attain a top speed of 125 km/h in fifth gear, after which the bike was struggling to crawl up to higher speeds. Hardly any vibrations are felt even while cruising between 90 and 100 km/h. The gearbox is slick with a light clutch action; this makes for quite an engaging ride and is a factor I really appreciated considering how it makes everyday city riding an effortless task. 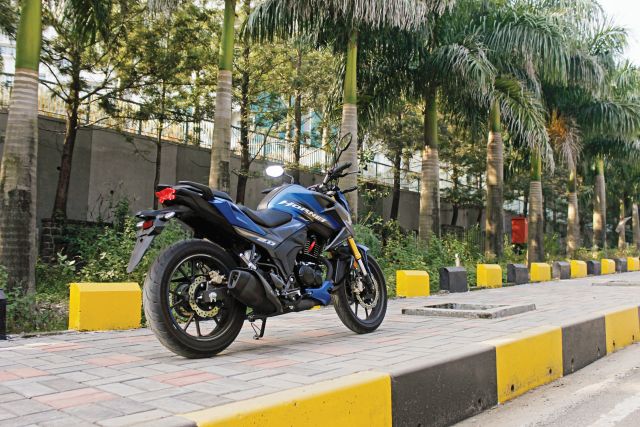 The suspension set-up comprises a first-in-segment golden USD fork at the front and a monoshock unit at the rear. This set-up is slightly on the firmer side and makes the Hornet 2.0 an ideal and nimble road bike with a kerb weight of 142 kilograms. On bad sections of roads, you will feel that it is not as soft as the CB Hornet 160R but nothing that would cause too much discomfort. That being said, the combination of this suspension set-up and the Maxxis Extramax rubber ensures that you can have a lot of fun in the twisties with how the bike tackles corners while remaining planted throughout and the tyres providing more than adequate grip. A fact to note is that the bike is now using a wider set of tyres; a 110-section at the front and a 140-section at the rear and this has not had any drastic effect on the way it handles. The bike gets a 276-mm disc at the front and a 220-mm disc at the rear with single-channel ABS. These brakes are adequate for getting the Hornet to a stop in most conditions but we would have liked to see a dual-channel ABS set-up. 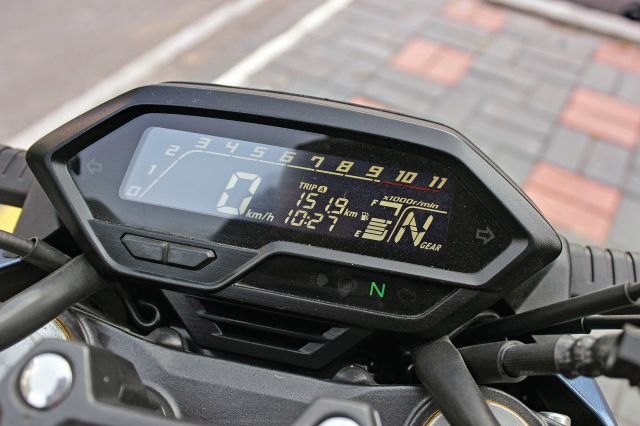 Unfortunately, this Honda is not as fast as the top contenders in the 200-cc segment but, surely, a motorcycle to watch out for when making a purchase. Priced at Rs 1.26 lakh, this motorcycle is about Rs 1,000 more expensive than the TVS Apache RTR 200 4V and about Rs 6,000 less so than the Bajaj Pulsar NS 200. There is also a new variant of the Apache RTR 200 4V, priced slightly higher, but it offers Bluetooth connectivity and selectable ride modes. 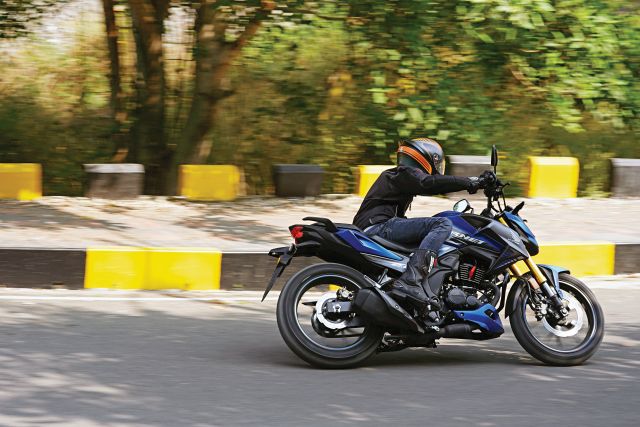 In conclusion, the Hornet 2.0 is a promising and entertaining machine offering everyday practicality with a dash of sportiness and we are likely to see a lot of them on our roads soon. With a refined machine like this, it makes us wonder why Honda have not yet taken the fight to the 400-cc streetfighter segment in India with their CB500 range that is sold internationally.

Azaman Chothia – who has written 195 posts on Bike India.