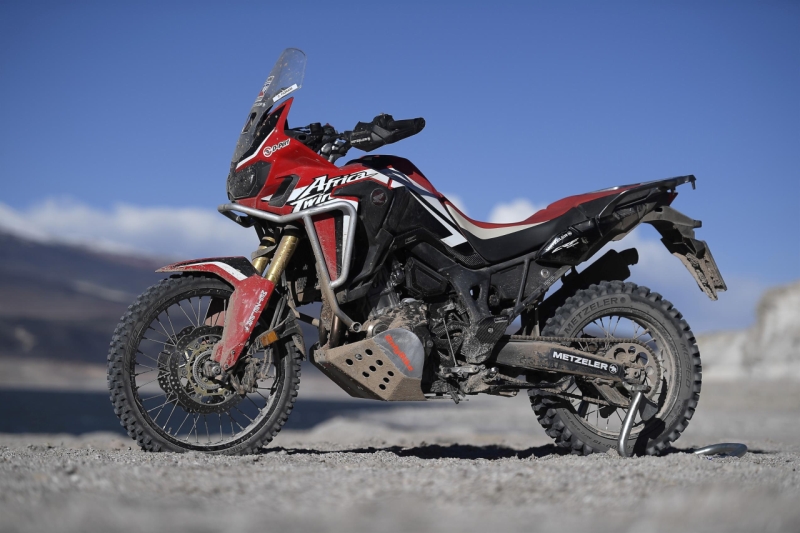 The Honda CRF1000L Africa Twin has arrived and is attractively priced at Rs 12.90 lakh (ex-showroom, New Delhi). The original Africa Twin was designed to be the lord and master of tough terrain. The absolute dominance it showcased at the Paris-Dakar in the late 1980s is proof of its prowess. What was then a 742-cc V-twin is now a 998-cc parallel-twin that makes 88.3 PS at 7,500 rpm and a peak torque of 92 Nm coming in at 6,000 rpm. This engine is mated to a six-speed gearbox with DCT (Dual Clutch Transmission).

In addition to the DCT, the motorcycle also offers manual and automatic gear shifting which gives the rider one less thing to worry about. Honda also aim to ensure that it can tackle most types of terrain – from tarmac to mountain passes with its 250-mm ground clearance. Honda are also offering switchable rear ABS and HSTC (Honda Selectable Torque Control) on the Africa Twin.

Commenting on the development, Yadvinder Singh Guleria, Senior Vice President, Sales and Marketing, Honda India said, “Africa Twin- it’s name is inseparable from the spirit of Dakar Rally- world’s toughest rally raids. Down to its roots, when the going gets tough, Africa Twin gets going. There is nothing to hold back an enthusiast on the Africa Twin, as it’s the most reliable, versatile and proven adventure touring motorcycle. Real adventure is awaiting the lucky customers amongst the first 50 bookings of the legendary Africa Twin in India.”

Honda also claim that the CRF1000L Africa Twin is the first 1000-cc ‘make in India’ model offered by the Japanese brand on our shores. Bookings for the motorcycle are open but limited to the first 50 customers only and can be booked at Wing World outlets located across 22 cities in the country. The Africa Twin is currently available only in the new Victory Red colour, and a few lucky customers will be able to attend the ‘True Adventure’ Africa Twin India launch event.