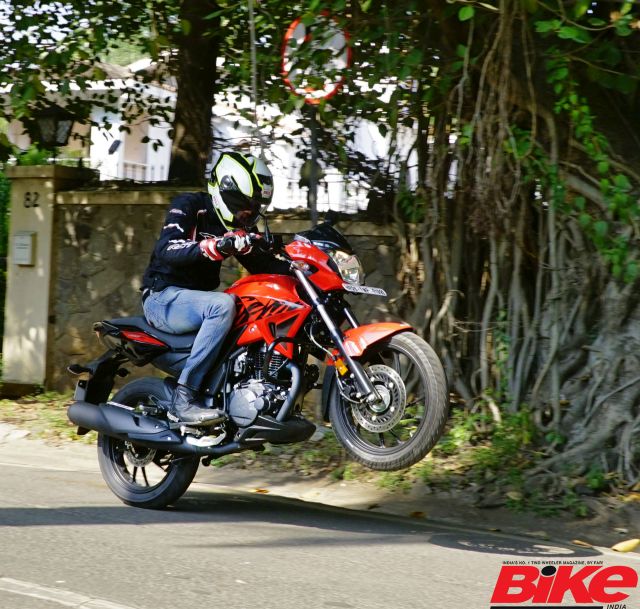 Time to get into a race crouch and gather some data. Off the line, the Xtreme rushes to 60 km/h in a reasonably quick 4.78 seconds. A good band of torque in the mid-range ensures that the motorcycle pulls without fuss from as low as 35 km/h in top gear. A roll-on from 30 km/h to 70 km/h in top gear is dismissed within 9.31 seconds. Grab a handful of the brake lever and the motorcycle comes to a stop from 80 km/h within a commendable 2.70 seconds, with the ABS intruding only at the last minute. The tank houses 12.5 litres of fuel and with an overall fuel efficiency of 47.00 km/litre it is safe to say that you can expect a range of 587.50 km; maybe more on highway rides. 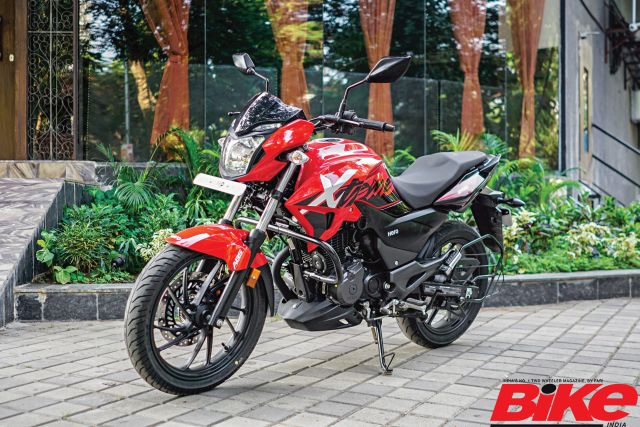 I have told you what the Xtreme 200R is capable of and I can assure you that it does hold up its end of the promise; now it’s time I held up my word. As mentioned before, Hero have played a clever game with the new Xtreme. It does not aspire to take the fight to the Bajaj Pulsar NS200 or the TVS Apache RTR 200 4V; both are Rs 20,000 more expensive. The Xtreme is more interested in wooing the rider who is on the lookout for a 180-cc motorcycle like the Bajaj Pulsar 180 or the TVS Apache RTR 180 (non-ABS); both motorcycles cost Rs 5,000 less than the Xtreme and the ABS version of the RTR 180 is more expensive than the Hero. Makes the Xtreme 200R a very tempting proposition, eh?