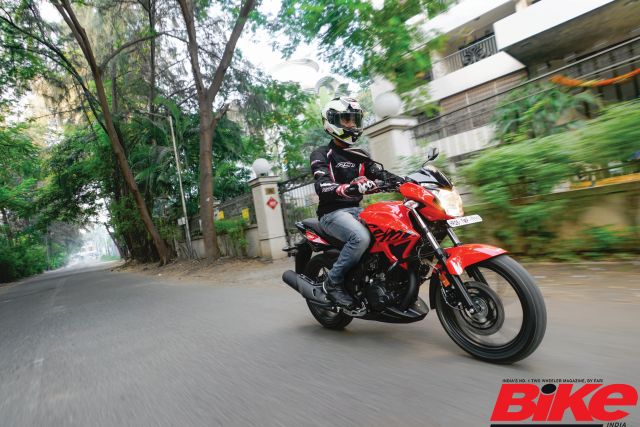 Hero have played a rather brilliant game with the Xtreme 200R. Although somewhat late to the naked 200-cc party, the new Xtreme comes packing a neat surprise.

What is your idea of extreme? For me, it is diving out of an airborne plane. For some, it may be a roller coaster ride, crossing our roads or, maybe, even laying off the sweetmeats (I apologize, that is too extreme). That being said, when I heard that Hero were going to enter the 200-cc naked motorcycle space with the Xtreme moniker, like everyone else, I also expected a thrill machine. Then the numbers revealed that it was the least powerful machine in the segment. While pondering over what to make of that, my colleague came back from a first ride at the Buddh International Circuit quite pleased with the motorcycle. Eager to clear my confusion and do some number-crunching along the way, we strapped testing equipment on to the Xtreme 200R and put it through its paces. 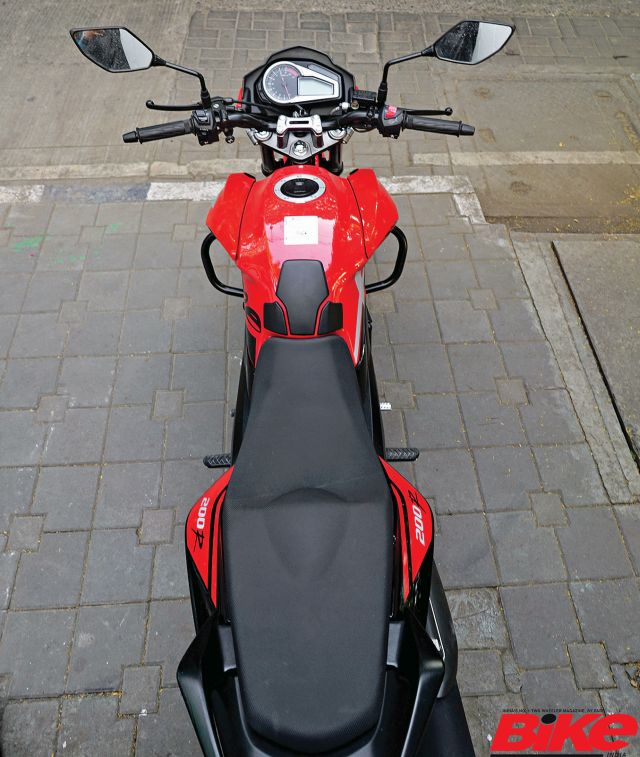 Visually, it is evident that this motorcycle has derived some styling inputs from the Xtreme Sports and some fresh elements have marked its evolution in the right direction. With independent indicator stalks all around, Hero have managed to do away with the older motorcycle’s bulbous front cowl and integrated tail-lamp cluster. Now the front cowl sports a butch look thanks to the imposing headlamp, eye-like DRLs, and air channels. Minimal but muscular bodywork flanks either side of the broad fuel tank that also sports a tank pad. Unlike some of its rivals, the 200R has a single-piece stepped seat with a notch between the rider and pillion areas. The tail-end follows the same lines from the front of the motorcycle before tapering away into a slim posterior. 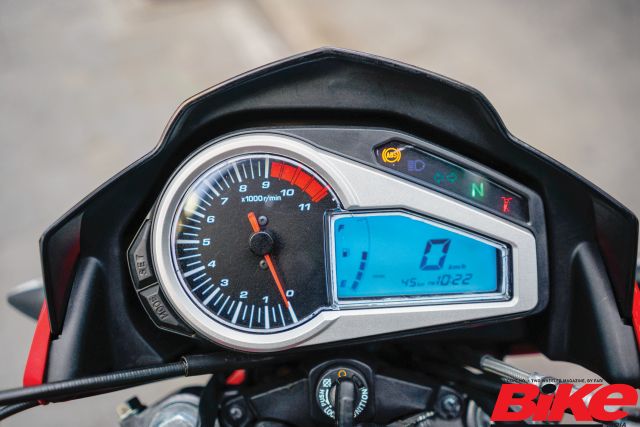 Turn the key and the analogue-digital instrument console comes to life with an excited needle and a simple readout. Nothing too fancy there; just a tachometer, speedometer, trip meters, tell-tale lights, and, of course, the ABS indicator. A notable niggle is that it is difficult to make out which lights are on and which ones are off while riding on a sunny day. 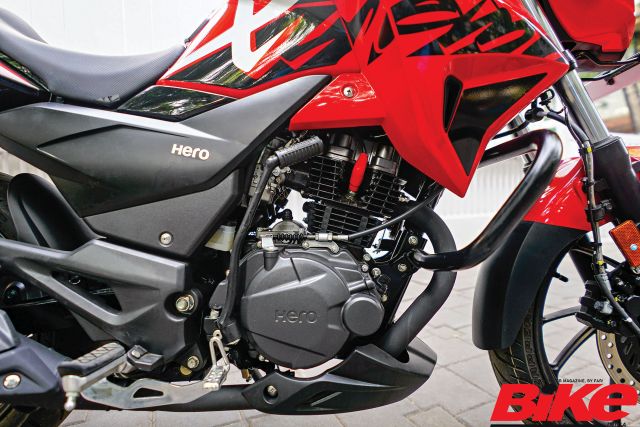 The Xtreme 200R draws motive force from a 199.6-cc, air-cooled, two-valve, single-cylinder engine that is fed by a 32-mm bore, constant-velocity carburettor. It produces the least power and torque in its class, 18.4 PS at 8,000 rpm and 17.1 Nm at 6,500 rpm respectively. This mill is mated to a five-speed gearbox via a wet, multi-plate clutch. 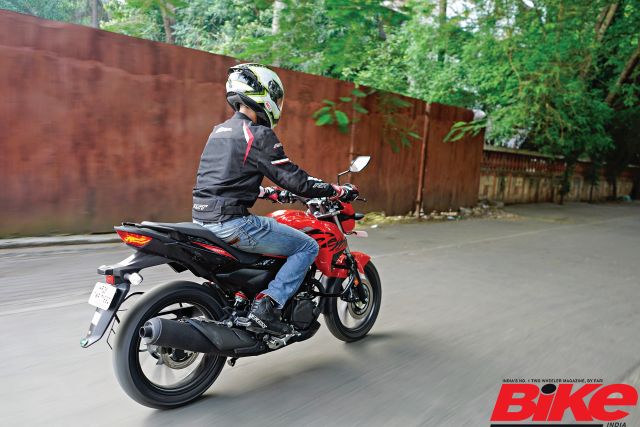 Swing a leg over the motorcycle and you will find yourself at home on the well-contoured seat with ample room for your thighs along the fuel tank’s profile. The slightly rear-set foot-pegs will surprise you with a sporty riding position that is comfortable but not extreme (ironic?). The one-piece handlebar invites you to lean forward a bit but not to an extent where you might feel uncomfortable. The switchgear feels durable and is of decent quality as well. 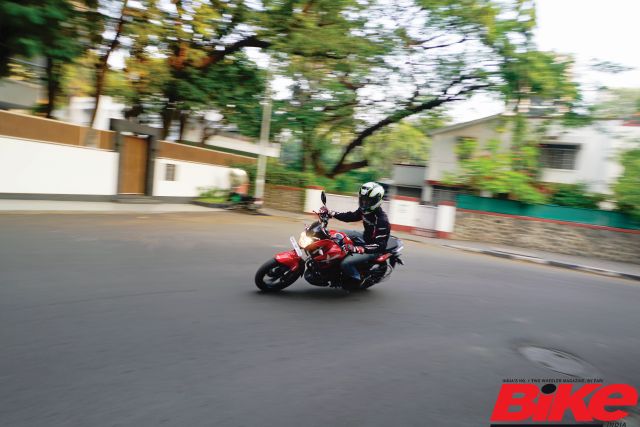 Once I was done appreciating the bike at standstill, it was time to see what it had in store for me on the move. First gear clicked into place easily and soon I was picking my way through traffic. An easy-action clutch and a well-defined gearbox make sure that shifting cogs on the roll is undemanding. The gear ratios are perfect for city riding but the bike’s cruising potential could have been improved with a sixth gear and a little more power.

The engine feels somewhat unsure of itself below 2,500 rpm but really comes into its own when you hit the mid-range; pretty helpful when you are negotiating traffic and for those quick bursts when the road opens up. Soon I found myself hunting for such stretches where I could wind the throttle all the way back just so I could listen to that exciting aural note. That being said, although the motor is capable of propelling the Xtreme to three-digit figures, it feels at home just shy of 100 km/h in top gear. 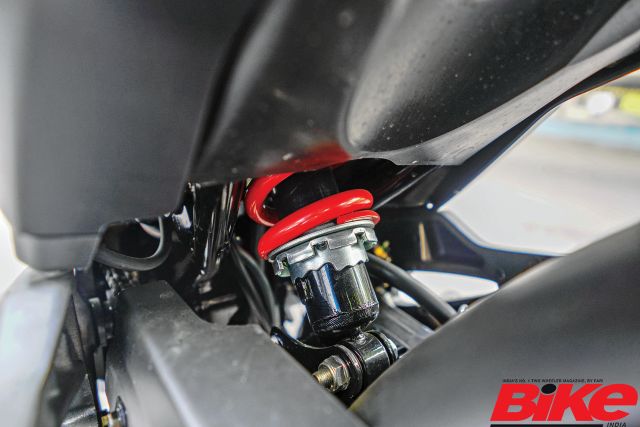 The adequately rigid chassis complements the plush suspension set-up, giving the Xtreme an all-rounder status in corners and over bumpy roads alike. It inspires confidence that will ultimately end with you scraping the foot-pegs if you get too carried away. The suspension is managed by a 37-mm diameter telescopic fork and a seven-step adjustable monoshock unit at the rear. After parting ways with Honda, this is the first motorcycle from Hero to feature a rear monoshock. It makes the Xtreme pliant along the straights and unflustered through the corners. To make things better, the sharp rake and trail along with its well-balanced weight make it a nimble customer through traffic. Oh, as for shoes, the Xtreme 200R comes with grippy MRF rubber wrapped around 17-inch alloy wheels. 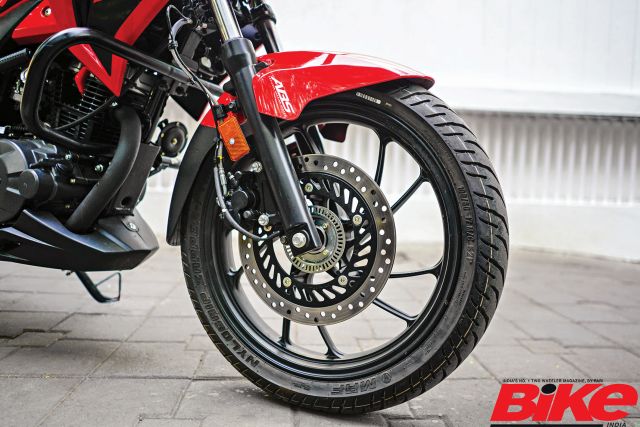 Handling the stopping department are a 276-mm dia disc at the front and a 220-mm dia disc at the rear. Only the front gets a steel-braided brake line and the added safety of ABS (a first for Hero). The bite is good and the feel at the lever is progressive and responsive. In comparison, the rear does not feel as good but does its job effectively.