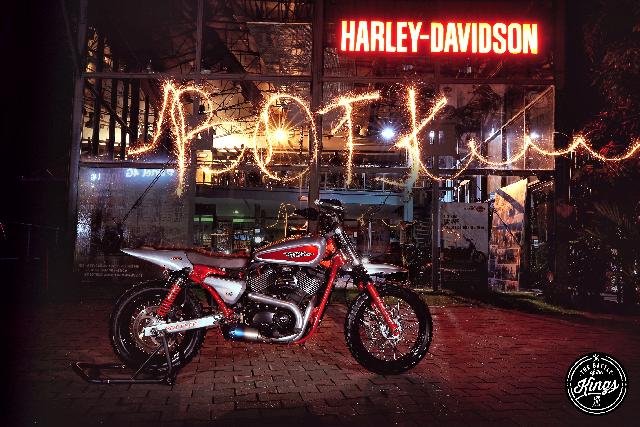 Customization has always been a huge part of the Harley-Davidson legacy, and the same holds true for the bar & shield brand’s presence here in India. The Battle of the Kings is a nationwide dealer-only customization competition which the brand holds annually in their presences across the globe. The India edition of Battle of the Kings first started in 2014, and now H-D India have announced that this year’s competition is now underway. The rules are simple. The 10 participating dealerships can pick from either the Street 750 or Street Rod as the base for the customization. They then have a budget of Rs 5 lakh, and over 10,000 parts to play with, in an effort to create a unique, one-of-a-kind bike that stands out from the throng. The winner will be decided via public vote, and voting has opened as on 23 July 2018. You can check out all the designs and vote for your favourite by clicking here.

The winner will be announced via the same website, and the dealership that wins the competition in India will join its peers from across the world at the 2018 edition of EICMA in November, where all the winners of the regional competitions will be displayed and judged by an elite panel, and the ultimate global victor of the Battle of the Kings will be crowned.

Speaking about the competition, Peter MacKenzie, Managing Director of Harley-Davidson India said, “The theme of the Battle of the Kings 2018 edition reflects 115 years of Harley-Davidson. Showcasing the talent and enthusiasm of the dealership staff, the contest also demonstrates the brand’s ideals of individuality, freedom and expression while providing inspiration for our customers.”