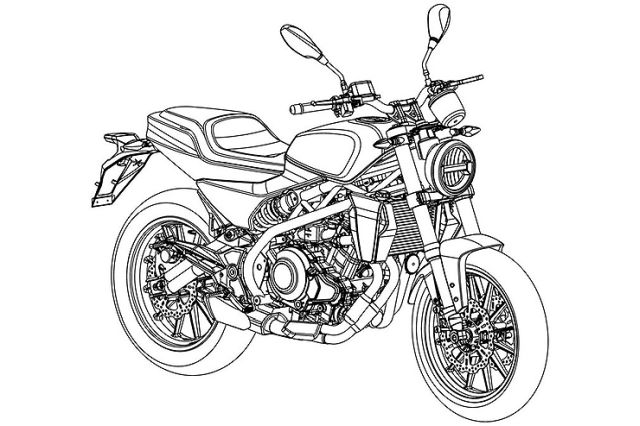 At the beginning of this year, we got a glimpse at rendered images of an upcoming model from the American motorcycle manufacturers. Soon after, an image of the motorcycle was leaked from the factory site of Qianjiang Motors which is the parent company of Benelli, in China. Harley-Davidson, back in June last year, had announced their plan to develop an entry-level motorcycle powered by a parallel-twin-cylinder engine in partnership with Qianjiang Motors. We now have images of detailed drawings from the official patent of the Harley-Davidson 338R; what some are calling the ‘Baby Harley’. 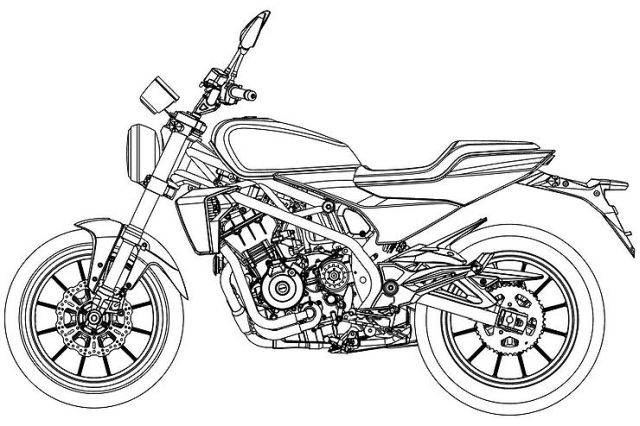 As we can see the bike has been built using the Benelli 302S as its base. The frame, subframe, swingarm, suspension, wheels and brakes have all been borrowed from the Benelli 302S and the Qianjiang QJ350. The body panels and tank are new, though, and the bike gets a two-level single-piece seat – designed and inspired to look more like a classic flat-tracker rather than a streetfighter. 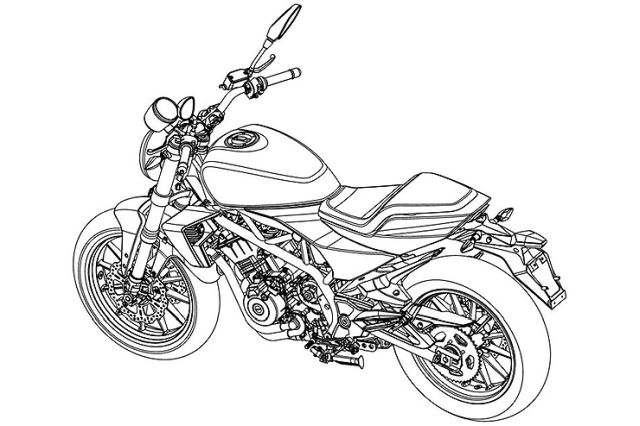 The new Harley-Davidson 338R is said to use a 338-cc parallel-twin engine which is good for around 45 hp. Reports had earlier stated that the engine in the 338R has been built by combining the crankshaft and bottom end of the 300-cc unit from the 302S and the cylinders and pistons from the larger engine of the 502S.

Harley-Davidson recently announced scaling back of their operations – this week it was announced that they are exiting the Indian market and are also set to remove the Sportster range from their European line-up. So, currently, the launch of the 338R will go ahead as planned but it is unsure of where this model would be made available. The news we have for now is that it will be manufactured in China and exported within the Asian markets.