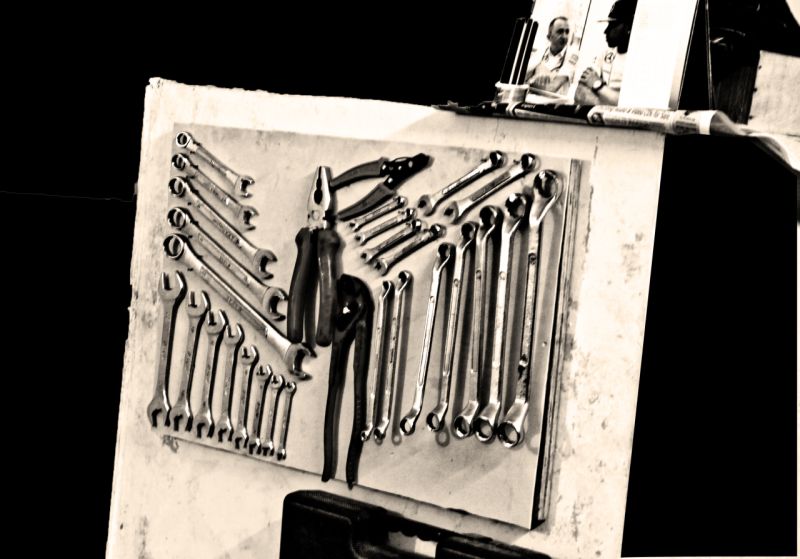 Need a better doctor? So does your bike

It wasn’t too long ago when I acquired my first motorcycle. And like most greenhorns I was new to the experience of motorcycle ownership. After a clocking substantial numbers on the odo in running-in stints, I explored higher speeds and my riding skills accordingly. A major aspect of motorcycle ownership is the maintenance of one and, like all newbies, I would religiously follow the service schedule. However, as time passed, the bike started developing its own idiosyncrasies and, despite regular maintenance, it would develop issues – issues that would crop up despite being sorted out by alleged mechanics.

For example, I have had to replace the headstock bearing a couple of times before I figured out the reason for the persistence of the problem was caused due to bent fork rods which could not transfer the suspension forces in the right direction and this resulted in the bearings tearing themselves progressively with every bump. On another occasion, I have footed a bill for a carburettor overhaul for erratic throttle note while the actual problem was caused due to a clogged up air-filter. Another instance of a technician’s stuff-up was the leakage of brake oil from the bleed nipple on the front brake calliper. Had I not noticed it, it could have resulted in a potentially dangerous situation. In addition to these, my bike has returned with chiselled off bolt heads, ruined screw threads, hammered cylinder-head cooling fins etc. And this blasphemy has been committed by miscreants at multiple outfits claiming to offer the best service. After several such instances resulting in bile rising from my spleen out of anger, I decided to take matters in to my hands and set out in search for the right mechanic.

Given that you are reading this blog because you and I both love motorcycles, it wouldn’t be completely irrational for us to ascribe human attributes to our motorcycles. This is manifested in most motorcyclists christening their bikes and maybe adding a moniker, or custom paint work, or anything that is unique and distinct to that particular motorcycle alone. So, just as you and I need a competent doctor to diagnose and cure an ailment, so do our motorcycles. And that is exactly where a mechanic comes in to the picture. If you take your motorcycling seriously, you will take time and energy to find a competent mechanic. If your mechanic listens attentively to the complaint just as patiently as your doctor does, that is indicator #1 of a through professional. Indicator #2 of a competent mechanic is, if he asks you questions in response to the problem you are stating. His/her command on the working of the system is apparent if s/he asks the relevant questions just as a doc would ask if your cold is accompanied by sneezing for his/her diagnosis. Thirdly, s/he should give you an estimate of the costs incurred and the time required to rectify the problem. Lastly, they must be in a position to test ride/drive and troubleshoot any other issues that you might not be aware of and deliver the vehicle in the promised time. In addition to this, if they allow you to witness the proceedings of servicing, it is a perk you shouldn’t miss out on. His/her comfort with your presence, while they are working on your bike reflects on his/her expertise.

Mechanics come with their own idiosyncrasies and they will have their own way of working. On the face of it, the set-up might seem disarrayed and haywire, but mechanics tend to have a photographic memory and the more proficient ones will conjure the exact tool they need, out of a seemingly untidy box without second thoughts. We owe much of our motorcycling joys to these faceless and nameless beings who grind away for meagre remunerations. While not all of them are competent and able, the ones who are, make a world of difference to the motorcycles we ride. Make sure you find the right one.