The BMW R18 concept was showcased at the Concorso d’Eleganza Villa d’Este in Italy. 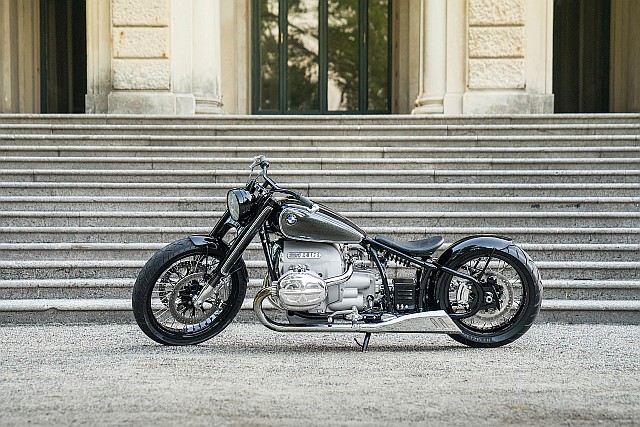 Visually, the BMW R18 concept gives us a glimpse at the brand’s core and history. By showcasing the R18 concept we see that BMW are keen on luring in cruiser and custom bike fanatics. Dr Markus Schramm, head of BMW Motorrad, describes the design as follows: “With this dream bike, BMW Motorrad presents its own version of an emotional and authentic offer for the large cruiser segment.”

The BMW R18 is a beautifully detailed machine fitted with a modern-day version of the 1960 boxer engine. The engine is a large, newly-designed, twin-cylinder, 1,800-cc boxer unit. The engine reminds us of the horizontally-opposed engines built by BMW until the end of the 1960s. BMW say that this bike is a tribute to the 1936 BMW R5. There are also many concept bikes built on the foundation of the BMW R5. 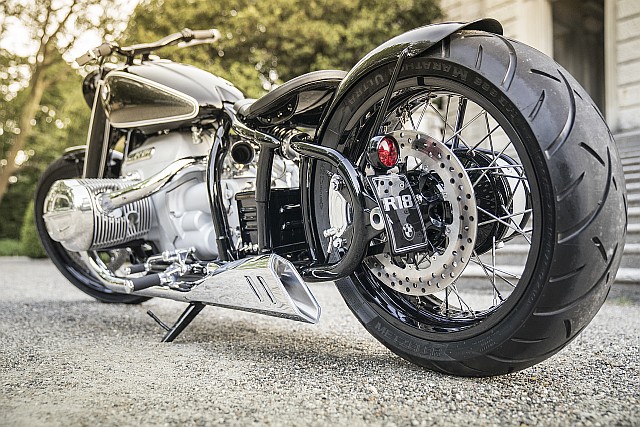 The detailing of the BMW R18 concept is impressive. The engine block and transmission are made of glass bead-blasted aluminium, which is further complemented by hand-polished aluminium components. Another visual highlight giving us some serious nostalgia is the chrome-plated universal shaft that connects the back wheel to the drive. Electronics on the concept bike are reduced to no more than starter and lights, underlining its purist design. BMW had earlier given this engine to Custom Works Zon and Revival Cycles who created custom bikes, making the R18 the third interpretation of the new boxer engine to come from BMW. 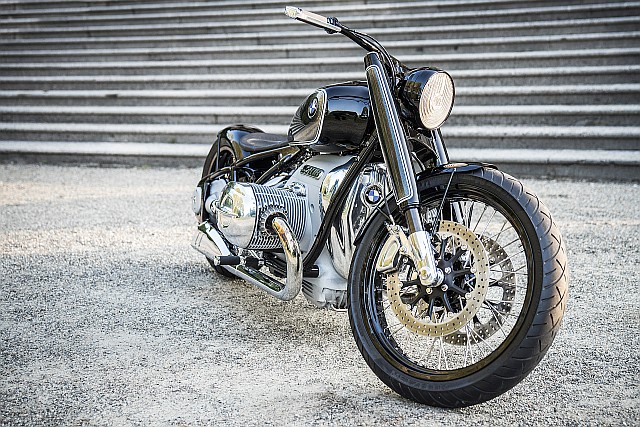 The BMW R18 concept gets a classic paint job with the white, hand-applied lines on the fork and fuel tank with a discreet yellow-gold varnish that go in combination with the black base colour; representing the classic BMW colour theme. The visual details take us back to the1950s, with the leaf-shaped leather seat and the graphics of the headlamp design. BMW say that the BMW R18 concept merges traditional and historic design language with the current functionalities of BMW Motorrad in a commendable way.

Taking it a step further, a horse leather jacket has exclusively been designed for the presentation of the BMW R18 concept, recreating the aesthetics of the 1950s. The leather jacket features a very smooth surface with protectors that are integrated almost invisibly.

Also read: Nmoto’s Nostalgia Based on the Iconic BMW R7