The Bajaj Pulsar has completed 18 years of existence as Bajaj Auto continue successfully manufacturing the popular range of motorcycles for Indian and international customers. 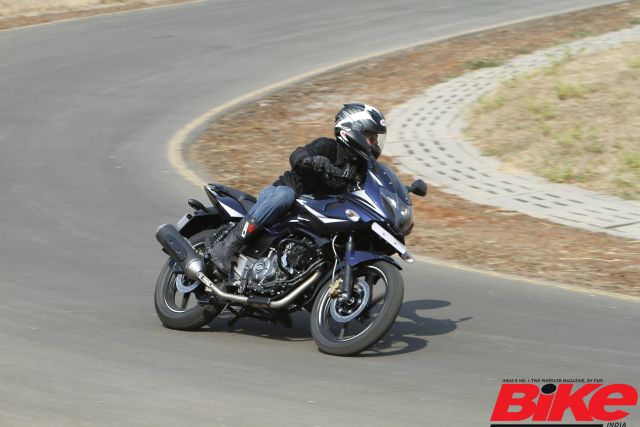 Launched in October 2001, the Bajaj Pulsar has now completed 18 years of thrilling customers worldwide. Initially available as a 150 or a 180, with round headlamps, huge 18-litre fuel tanks, and the tag-line “Definitely Male”, the Pulsar twins took the fight to the then sportiest four-stroke motorcycle, the 156-cc Hero-Honda CBZ. In 2003, the facelift, DTS-i twin-spark models arrived with a slight power hike and a bikini fairing. In 2006, more feature updates followed with the “UG” models, including the move from 18-inch spoke wheels to 17-inch alloy wheels.

The Bajaj Pulsar 220 DTS-Fi was launched in 2007, packing twin spark-plugs, fuel-injection, clip-on handlebars, front and rear disc brakes, a stacked headlamp with projector low beam, and a BS-III compliant powerplant, well ahead of time, all these among other goodies. A carburetted version followed in 2009, also known as ‘The Fastest Indian’. The Pulsar 220, and the air/oil-cooled Pulsar 200 that followed, became one of the most popular models for Indian motorcycle enthusiasts, being among the most powerful offerings from an Indian motorcycle manufacturer. Over 1.2 crore units of the Bajaj Pulsar have been sold till date in more than 65 countries and the number continues to grow. Updates, such as the new ‘Neon’ models, continue to keep the range fresh.

Bajaj have also launched a 360 campaign to celebrate their journey through the years. This is a big milestone for the Bajaj Pulsar as it has remained one of the market leaders in the segment all these years. The Pulsar range extends all the way between 125 cc and 220 cc. The brand currently commands a market share of 40 per cent in the motorcycle segment in India.

Commenting on the occasion, Narayan Sundararaman, Vice President (Marketing) – Motorcycles, said, “It’s a proud moment for Bajaj Auto to see one of our most successful brands turn 18. The Pulsar range has received many accolades over the years and is probably the most celebrated bike in Indian Automobile history. At the time of launch Pulsar created a new segment called ‘Sports Biking’ in Indian motorcycling and redefined riding for the youth, a testimony to the company’s engineering prowess and vision of keeping the brand relevant with changing times.”

He added, “The new campaign showcases the thrill and adventure that every Pulsar rider craves for. All iconic brands evolve with times and so will Pulsar, as we continue to enthral the motorcycle enthusiasts all over the world.”