An interesting image that surfaced online gives us a glimpse of the all-new Aprilia Terra 250. There’s no word on whether we will get this in India but it’s quite a bike. 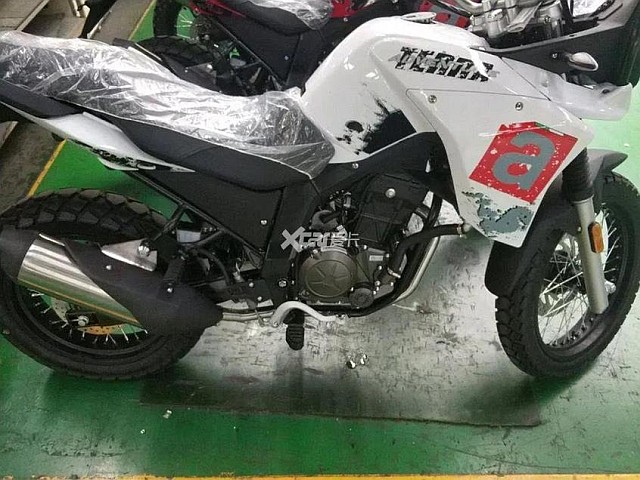 The Terra range from Aprilia was launched in China in 2016 with the introduction of the Terra 125, which was followed by the Terra 150 a year later. These models have apparently not done so well in China due to low-promotion and a price tag that is not suitable for a motorcycle in the 125-cc to 150-cc segment. An image from Zongshen, Aprilia’s manufacturing facility in China, has been leaked online giving us a glimpse of the new Aprilia Terra 250 which could change the fortune of the Terra brand.

The new Aprilia Terra 250 is an adventure motorcycle that will use the same engine that was seen on the Aprilia GPR 250 introduced in China last year. The same engine is also used in the CFMoto 250NK which we haven’t got in India yet. The engine is a 249.2-cc single-cylinder, liquid-cooled unit that makes 26.5 hp at 9,000 rpm and a peak torque of 22 Nm at 7,500 rpm.

As we can see from the image, the design has not changed much compared to the Terra 150. The only visible differences are the placement and size of the exhaust which could be due to the fact that it is a new Euro-5 (BS6) compliant engine. The new Aprilia Terra 250 uses a split cradle frame and features long-travel suspension at the front and a mono-shock at the rear. For better off-road potential, the Terra 250 makes use of spoked wheels: 18-inch front and 17-inch rear. The ADV gets disc brakes at both ends and is likely to have dual-channel ABS as standard. 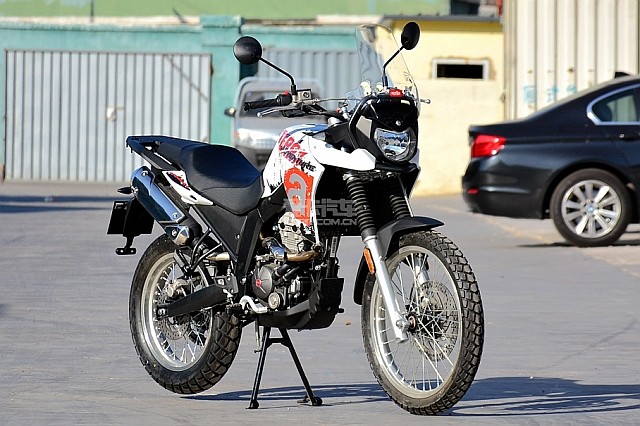 Other reports also state that the Aprilia Terra 250 spied is the standard variant and the bike will get a more hardcore variant with a 21-inch front wheel and longer-travel suspension. In India, it has the potential to go up against the likes of the Hero Xpulse 200 and the KTM 250 Adventure which we might see in India soon. If and when it is launched in India we can expect it to be priced in the Rs 2.00 lakh to 2.20 lakh range. Since this is just a spy image we can’t be sure of any of the launch details

With such a competitive 300-cc market in India, Aprilia are also rumoured to be working on a 300-cc variant of the motorcycle which would use the engine of the CFMoto 300NK. They could launch an Aprilia Terra 300 instead of the 250 for the Indian market. Even the Aprilia GPR 250 was rumoured as a potential launch in India but there has been no news of that until now.

Only time will tell and we look forward to Aprilia entering the motorcycle market properly in India as they have only been concentrating on the scooter and big bike segments in India.