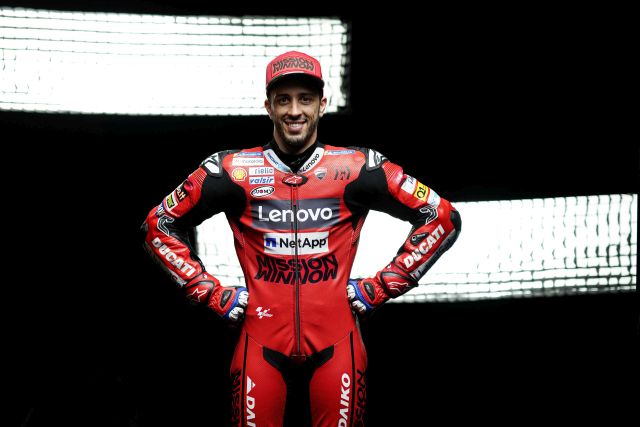 Ducati’s main man in MotoGP, Andrea Dovizioso, discusses the effects of the lockdown and MotoGP 2020.

Andrea Dovizioso (Mission Winnow Ducati) is a formidable foe on a Desmosedici GP motorcycle as reigning champ, Marc Marquez (Repsol Honda), found out on one too many occasions. After the legendary Casey Stoner, “Desmo Dovi ” has been the most consistent on the fire-breathing Ducati. As the coronavirus outbreak reaches its peak, like his fellow countrymen, Dovi is also spending his time indoors; catching up with family and training harder than ever before.

Currently at his residence in Forli, Andrea Dovizioso is using the lockdown to spend some quality time with his family. The star explains that with his daughter around, he has a lot of work to do. On the work front, Dovi said that now he has time to train as much as he wants. During a MotoGP season, it is important to train and rest adequately in order to be ready for the race weekend. With race weekends out of the question for the foreseeable future, Dovi is amping up his workouts. Another activity he enjoys doing is following American motocross because he is passionate about it and he believes it helps him recharge.

Commenting on the pre-season testing, Andrea Dovizioso said, “I think that two preseason tests are not enough for us. Our bodies are not ready yet to ride that much for three consecutive days. I spend most of the time trying new items, and we also need to be sure before deciding on which way continuing our development. That is why I am usually not that fast during the tests. I always try to try the materials during the right time and with certain tyres because I want to give the right feedback”.

Another point of concern for Dovi are the new tyre solutions introduced by Michelin. He said that although it did not look promising in the beginning, later they started adapting to the tyres. However, Dovi clarified that it may not be fine on all the racetracks because although he did a lot of laps, it is difficult to imitate race conditions.

Andrea Dovizioso continued saying that this goal for the 2020 season remains unchanged. His exact words were, “Of course, we head into the new season to fight for the championship. If that will be possible, we are only able to find out during the season, but it is always difficult as there are a lot of fast riders. It is hard to be the best, but you need to have this mindset to become like that.”

We hope this pandemic passes soon. Like millions of fans across the world, we also cannot wait for the racing to start.